Home Feature Mother: Anoka-Hennepin School policy contributed to gay son’s suicide
According to his mother, Justin Aaberg was “a very sweet boy who seemed to always have a smile on his face; he didn’t have a mean bone in his body…He was always a shoulder [friends] could cry on and would help them with their problems. He was also an extremely good cello player who even composed a few of his own songs.”

Tammy Aaberg’s son, a student at Anoka High School, killed himself on July 9th, 2010. In testimony she gave to the Anoka-Hennepin School Board on Monday, Aaberg said her son was bullied because of his sexual orientation. She blamed the district for not intervening to stop the bullying, accusing district administrators of tying teachers’ hands with a policy that kept teachers from being able to “reach out and help these hurting students.”

“I’m not asking you to accept this as a lifestyle for you,” Aaberg told the Board. “I’m only asking that you please make the school safe for GLBT students still alive and in this district today they are people just like us and deserve to be treated like the rest of us. Suicide should not feel like the only way to take away the pain and shame.”

According to Peter Gokey, a former teacher in the Anoka-Hennepin School District and a leader of a group of LGBTA activists in the school district and who is familiar with Justin Aaberg’s suicide, the young man also left messages saying he was driven to suicide by incessant anti-gay bullying.

The policy Tammy Aaberg was referring to is officially known as the Sexual Orientation Curriculum Policy, and also called the “neutrality policy”. Adopted in 2009 to replace a policy from 1995 that required “homosexuality not be taught/addressed as a normal, valid lifestyle and that district staff and their resources not advocate the homosexual lifestyle,” the neutrality policy states:

Anoka-Hennepin staff, in the course of their professional duties, shall remain neutral on matters regarding sexual orientation including but not limited to student led discussions. If and when staff address sexual orientation, it is important that staff do so in a respectful manner that is age-appropriate, factual, and pertinent to the relevant curriculum.

When TheColu.mn contacted a spokesperson for the Anoka-Hennepin schools, she said the policy only applied to curriculum, and should not have interfered with attempts to intervene in anti-LGBT bullying. The policy does not mandate sanctions for teachers who violate it, although some administrators within the district have allegedly threatened disciplinary action for violations at least once, and the President of the local teachers’ union has said teachers are afraid of appearing to violate the policy because they have not received clarification from the School Board or the district administrators.

Both Gokey and Julie Blaha, the union president, described several incidents to TheColu.mn where administrators muddied the waters supposedly clarified by School Board President Tom Heidemann, applying the policy to in non-curriculum situations.

To mark this spring’s Day of Silence, Gokey told TheColu.mn in an email, the Blaine High School Gay-Straight alliance wanted to hold a press conference. Citing the neutrality policy, a staff member from the district communications office “forbade the event from happening on school grounds, forcing the event to be held a certain distance outside of the school,” instead of its planned location in the school cafeteria.

The Day of Silence is a traditional protest against homophobic and transphobic bullying in American middle and high schools, where participating students take a day-long vow of silence as a symbol of bullying’s impact.

“When you’re an educator in the classroom, your employer does have some control over what you can say,” Blaha pointed out in an interview with TheColu.mn. “[Administrators and the School Board] do have the right to say ‘you can say this, you can’t say this'”

For now, the district is continuing to resist calls from the union and LGBTA activists for this kind of training . In the same letter declining OutFront’s offer of training and in an interview with TheColu.mn, district representatives said they have numerous anti-bullying programs that should provide for a safe environment for Anoka-Hennepin students regardless of their sexual orientation or gender identity, including a new anti-bullying program being debuted this year, and a voluntary staff development program on diversity training called SEED.

“I suspect in part it’s because they know they’ve got this very conservative community and some loudmouths in that community who’ll raise cain if they do something pro-LGBT,” said OutFront’s Duran. 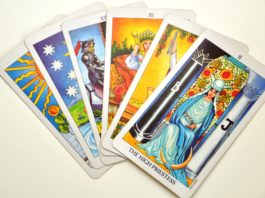 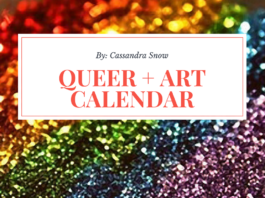 ABOUT US
The Column is a nonprofit LGBTQ news service by and for Minnesota's LGBTQ community.
Contact us: themncolumn@gmail.com
FOLLOW US
© The Column