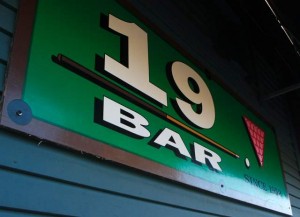 Devon Michael Glen Strouss, accused of injuring two people in a shooting at the 19 Bar, is back in jail on allegations of a stabbing over the weekend.

According to the Hennepin County Sheriff’s Jail roster, Strouss was picked up by the St. Louis Park Police Department on Jan. 5 and charged with 2nd degree assault with a dangerous weapon. That charge is in addition to four charges against Strouss related to an October shooting at the 19 Bar. Strouss was released in October after bail was reduced. He will stand trial on all five counts on Jan. 30.

Strouss had a history of tweets about guns and violence, and had a criminal record as a juvenile.