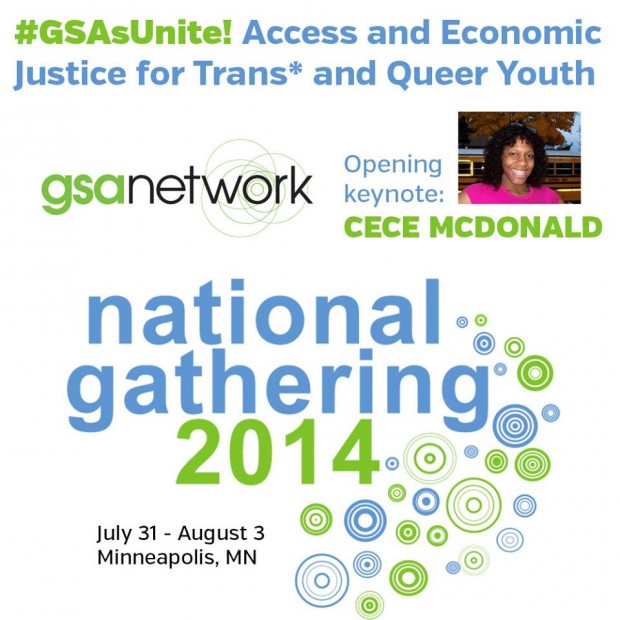 Minneapolis is set to host the national gathering of the Gay-Straight Alliance Network from July 31 to Aug. 3.

The GSA Network national gathering will bring together youth and adult leaders from gay-straight networks around the country with workshops, trainings, and plenaries according to a press release from the GSA Network. It’s the ninth national meeting for the groups, and it’s one of two national LGBT gatherings planned for the weekend.

The theme is “GSAsUnite! Access and Economic Justice for Trans* and Queer Youth,” and the conference “will also feature a plenary with prominent activists including former Queers for Economic Justice leaders Kenyon Farrow and Jay Toole, activist Victoria Villalba and Yordy Cancino, a GSA alum recently released from a border detention center after thousands of GSA and immigrant activists rallied behind him.”

According to the organizers, Cece McDonald, a transgender woman of color who went to prison after killing her attacker during a racist and transphobic attack outside a south Minneapolis bar, will serve as the keynote speaker for the conference.