Female impersonation is an artform, as host Michelle Visage noted at Monday night’s stop on the RuPaul’s Drag Race Battle of the Seasons show at the Varsity. Pandora Boxx, Sharon Needles, Detox Icunt, Willam Belli, Alaska Thunderfuck, and Manila Luzon didn’t impersonate divas, a trait the encompasses much of drag, they were the divas themselves. Here are ten highlights from the show.

10. Sharon on the sidewalk 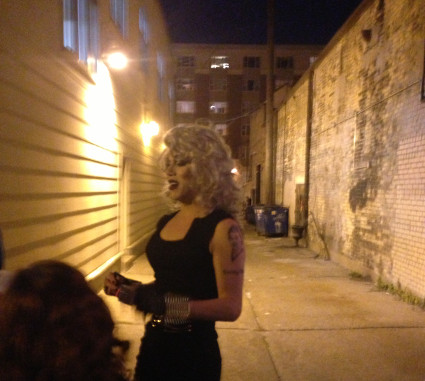 When a star can casually walk up to fans who are waiting on the sidewalk for the doors to open during her smoke break, you know she’s bringing some realness. When asked to sign some autographs, and the fans said to write whatever she wanted, Sharon’s response was to sign it “I don’t wanna fucking sign this.”

9. Detox smeared in glow in the dark paint

Detox hammered on drums covered in glowing paint, splattering herself in the process, and eventually some fans in the front row. 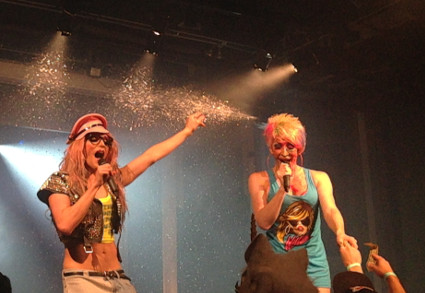 When fake snow was spewing from the special effects machine, Willam Belli repeatedly tried to snort it like it was some kind of narcotic. And it was hilarious.

7. These girls can sing 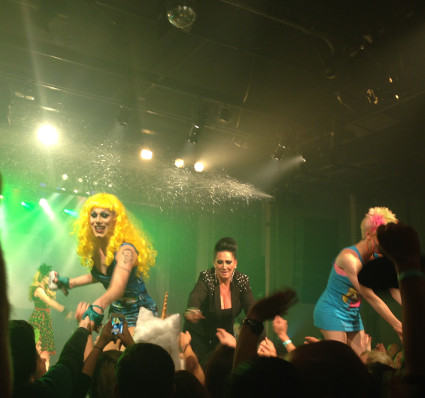 This wasn’t a lip-syncing event. Most of the stars sang their own numbers, and the ones who didn’t, did some great stand up comedy. The only letdown of the night was when Detox and Willam announced that their singing-mate, Vicki Vox, had flown in special for the Minneapolis show to sing their hits: Chow Down at Chick-Fil-A, Boy is a Bottom, and Silicone. The joke was on us. Vicki’s big entrance was an empty stage, but Willam and Detox did Vicki proud even without her. 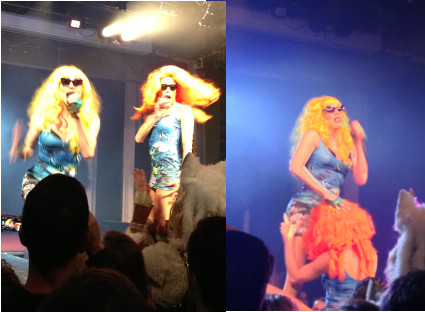 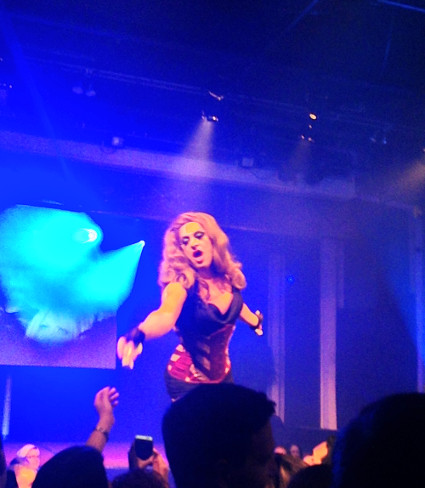 She came out to the Harry Potter theme. ELO’s It’s Magic. Witchy Woman by the Eagles, Touch me from Rocky Horror. Strange Magic by ELO. Clips from the Harry Potter movies. Oops I did it again. 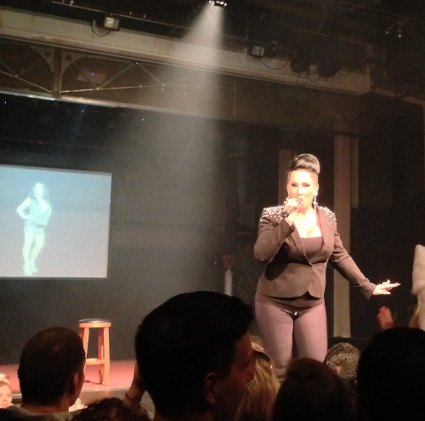 From her continual reference to drag as an art form to her banter with the drag queens to her gayed-up version of “How Lovely to Be a Woman” (“woman” replaced by “drag queen”, naturally), Visage was as welcome on stage as the stars she introduced.

She treated the audience to an explanation on why she didn’t appear on the first two seasons of RuPaul’s Drag Race, considering she and RuPaul are best friends. Working in radio, her boss said, “I don’t think the show is a good fit for our station.” Visage realized, “Oh my god you are a fucking homophobe I cannot believe I didn’t put it together sooner.” She went over his head, and the boss got fired. Visage joined the judges in season 3. “So here we are to this day. My ass is superglued to that chair. I ain’t going nowhere.” 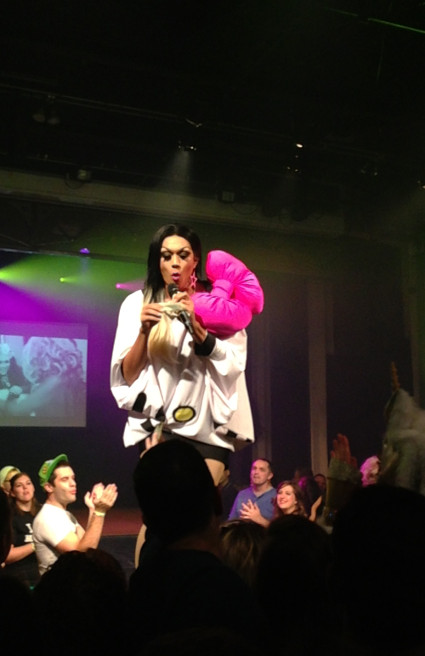 She brought out her family member, a child with Manila hair, a “Mini Manila” as she says. Luzon gave a loving tribute to Zaraha Davenport, her fellow Drag Race star and boyfriend who passed away unexpectedly earlier this year. Her banter with her parents who were sitting in the front row was adorable, and her love for Minneapolis was on full display.

2. Sharon Needles runs away to Minneapolis 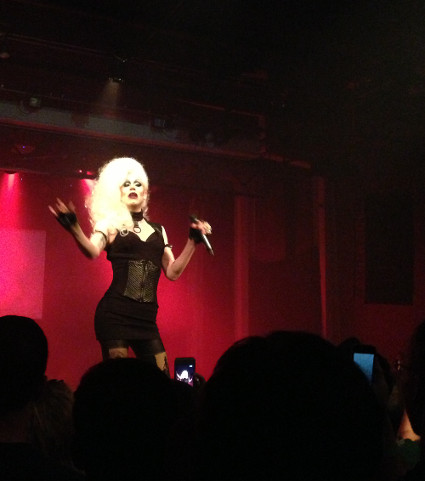 Sharon Needles gave a compelling, yet hilarious story about her first trip to Minneapolis. She was 15 and a runaway from her hometown of Newton, Iowa. She made a stop at Club Quest, a space formerly financed by Prince, and the current location of Epic. Needles also made a stop at the notorious Hotel Amsterdam. The hotel above the Saloon, now closed, was known for its gay clientele, hourly rates, and quick sex. The latter Needles alluded to in her memories of her time here.

The half-dozen queens, fresh off a performance in Cleveland, found themselves stranded on the way to Minneapolis when the tour bus caught fire in small town Indiana. The comparisons to the drag classic Too Wong Foo are too obvious to go into, but the result was a big win for Minneapolis. The crowd was treated to a hilarious mashup of hi-jinx the queens got into on the side of the interstate as fire trucks rolled up and the queens made the best of the situation.