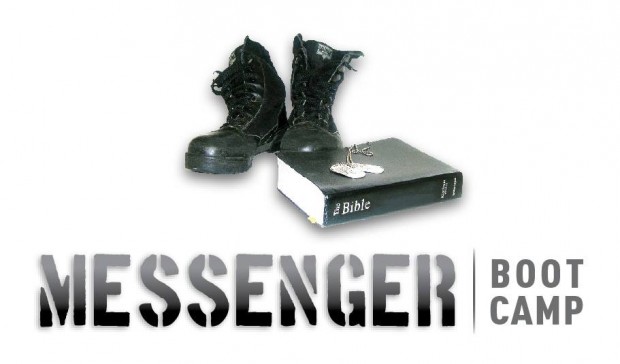 Trinity Works, a conservative Christian outreach ministry, will target Twin Cities Pride for the third time in three years, according to documents obtained by The Column. The head of the group says they will continue with their plans despite an anti-LGBTQ hate crime in Orlando that left 49 members of the community dead and more than fifty injured.

In 2014, the group hosted a “corn feed” along the Pride Parade route at 10th St. and Hennepin Avenue, offering corn on the cob and water to pride-goers. Once pride-goers went inside Trinity Works’ tent, they were subjected to anti-LGBTQ messages and evangelized to. In 2015, Trinity Works employed a series of “glam teams” along the parade route, handing out fresh fruit, and offering glitter to pride-goers. The team would mark people with glitter so that they could find them later in the day and evangelize them with an anti-LGBTQ CD and other materials.

All of these efforts were done after the group spent several years infiltrating LGBTQ bars and Pride events doing “recon.”

Trinity Works engages in a Messenger Boot Camp that teaches budding evangelists the basics on how to have difficult (and often stigmatizing) conversations with people who don’t believe in their brand of Christianity.

The name for Trinity Works’ outreach is called “Love Twin Cities 247.” It’s a week long evangelistic mission that culminates on the Sunday of Pride. Love Twin Cities “messengers” will fan out across the Twin Cities from their base camp at North Heights Lutheran Church in Roseville.

For the last two years, “graduation” from this boot camp involves “outreach” to the LGBTQ community on the Sunday of Twin Cities Pride. Trinity Works calls this the “Final Outreach.”

Plans in 2016 are still up in the air, according to an internal email from the group obtained by The Column, though the details suggest that First Baptist Church may be the location of the group’s activities. That church hosted the “corn feed” in 2014. From the email:

Calling all intercessors to prayer walk with a prayer partner that you choose, for any of the days during Love Twin Cities (June 19th – 26th) unto the Final Outreach on Sunday, June 26th.
We would specifically ask that you prayer walk along Hennepin Ave ( between 10th and 11th Street – in front of the First Baptist Church, 1021 Hennepin Avenue) and along Hennepin Avenue to Loring Park preparing the ground through intercession for the messengers to preach the gospel, heal the sick, cleanse the lepers and raise the dead to the glory of God and unto salvation of souls!
Please email with your name & prayer partners name and the day/days that you will be committing to go out and prayer walk these areas during Love Twin Cities.
Partnering for the Harvest,
Love Twin Cities Intercession Team

That email we sent two days after 49 LGBTQ people were killed and another 50 injured in an anti-LGBTQ hate crime in Orlando, Fla. Several days earlier, The Column asked Trinity Works if the group still planned to go through with its anti-LGBTQ outreach in light of the hate crime in Orlando. The head of Trinity Works, Steven Uggen, responded with a statement that he demanded be posted in full and in context. His statement is posted below.

In his statement, Uggen confirms that Trinity Works will be at Twin Cities Pride to evangelize to the LGBTQ community.

“We mourn over what happened in Orlando because God mourns and we grieve because the LGBT community has been harmed by this tragedy,” he wrote. “As a result, however, our hearts are even more resolved to reach out with the hope and forgiveness that Jesus alone offers.”

Trinity Works’ Messenger Boot Camp this spring revealed some of the sentiment that the group hopes to bring to Pride. One session featured “former homosexual” Adam Hood.

Uggen introduced him to the “messengers” during an April training:

Adam hood is just such a close friend of mine and brother I’ve really just learned to — I love him. I totally love him, like, he’s the real deal. Man. Me’s the real deal. He came out of — he might not say this but I’m going to but came, got radically saved out of the gay lifestyle who was living in the Castro district in San Francisco and had a radical encounter with the Lord. Now he’s married with three children and totally on fire for God. How many know the gospel is powerful enough to set people free from anything? There’s nothing that can stand against the gospel of Jesus Christ.

The ex-gay theme runs strong in Trinity Works’ outreach to LGBTQ people. Last year’s “glam team” outreach included the distribution of a CD called “True Love.” That double-disc set, obtained by The Column last year, contains first person stories of “former homosexuals” who say they were “set free” from homosexuality by the power of Jesus Christ.

Each of the stories feature people who have dealt with sexual assault which they blame for making them gay or lesbian or bisexual (Note: there is no evidence in scientific or medical literature that sexual assault leads to homosexuality or bisexuality).

Uggen has a slightly different theory of how people become LGBTQ. In a May training for the “messengers,” Uggen posited that parents watching pornography causes Satan to turn children LGBTQ:

There are real consequences for sexual darkness in our lives and God wants us to know that so that we can turn and be healed. Sexual sin also releases spiritual darkness into the church. Do you think there’s any darkness in the church if 54 percent of profession born again christians are looking at pornography once a month or more? Do you think there’s any darkness in the church? Does it shock you in light of that that the church doesn’t have any power? Does it shock you that the culture thinks that the church is irrelevant when half the church is ensnared in sexual darkness? I mean we have to start connecting the dots here you guys. This has got to change. Something has got to change, man. The church of Jesus Christ, he’s raising up men to walk in holiness and purity who actually have authority to shepherd their wives and their children into sexual purity. Do we wonder why we have sons and daughters falling into the gay lifestyle? Are you kidding me? Do you think the enemy says, “Oh, you’re just doing pornography, I won’t mess around with your son in the area of homosexuality.” No, he’s going to take advantage of you opening that door and he’s going to hit your children as hard as he can and he’s going to take them out and kill them if he can.

Trinity Works did not respond to questions about what plans the group may have for the Sunday of Pride.

In past years, Twin Cities Pride and OutFront Minnesota have asked Pride attendees not to engage with Trinity Works outreach workers and have crisis support teams to counsel people affected.

The Column will update this post as new information comes in.

Trinity Works’ statement in its entirety and in context:

Andy Birkey: I’m working on an article about Love Twin Cities and the Final Outreach that you guys are planning for the LGBTQ Pride Festival. Given the events at Orlando, are you still planning to be at LGBTQ Pride? And if so, what does Trinity Works have planned?

Steven Uggen: Andy
your inquiry was forwarded to me and while i don’t believe your previous articles have much journalistic integrity i think in light of the Orlando events we need to distinguish our approach from that of radical Islam.

we believe the gospel. that God is real but we don’t know Him. we are separated from Him by our choices to go our own way. the world as we know it, including the Orlando massacre are the fruit of those choices.

that’s why Jesus came. to show us the way back home. He lived the perfect life we could never live and died the death we deserve. He exchanged His life for ours in the hope that we would exchange our life for His. Jesus said it this way, “if you hang onto your life, you will lose it, but if you give your life to Me, you will find it.”

we have encountered that real life and we bring it to others the way Jesus taught us. we love people. we meet needs. we heal the sick by the power of God. and when people’s hearts are open we share the gospel. the same message that Jesus preached.

that everyone, everywhere – black and white, gay and straight, rich and poor, Buddhist and Muslim need to turn back to God and surrender their lives to Him and put their faith in Jesus. when we truly surrender, God gives us the Holy Spirit which empowers us to follow Him.

it’s a hard message if you don’t want to let go of control. it’s got real implications for every area of our lives. our finances, our relationships, our sexuality and everything else. but hanging onto control leads to death. physical, emotional and spiritual death.

so if you don’t want to hear, you won’t hear – but God doesn’t want anyone to experience death, especially eternal spiritual death. that’s why the Orlando shootings are such a tragedy. we don’t rejoice. we grieve.

we aren’t haters. we are not anti-LGBT. we are pro-salvation for all people.

we can’t stop talking about what we have seen and heard. Jesus is real and He is the only name in heaven and earth that you can call upon and be saved from a world spiraling towards inevitable destruction.

many won’t listen because they aren’t at the end of the themselves yet. they think that one more drink or one more sexual encounter or one more promotion at work will make them happy. but it all ends the same when you are on the path of self-absorption, self-direction and self-gratification. emptiness. brokenness and anxiety. there is no hope outside of the restoration of our relationship with God.

the shooter in Orlando isn’t representative of all Muslims but he is a part of a growing group of radical Muslims that will destroy anyone that doesn’t agree with them. i hope the LGBT community learns a lesson from that level of intolerance. you are a community that began standing against intolerance but is in serious danger of becoming the very thing that you waged war against.

we may have sharp disagreements but the truly loving approach is to build bridges for dialogue and relationship rather than stand at a distance and slander with sound bites. i challenge you Andy to be part of the solution rather than perpetuating the problem.

we mourn over what happened in Orlando because God mourns and we grieve because the LGBT community has been harmed by this tragedy. as a result, however, our hearts are even more resolved to reach out with the hope and forgiveness that Jesus alone offers.

in love and truth,
Steven

p.s. you may publish this but it must be in it’s entirety and in context