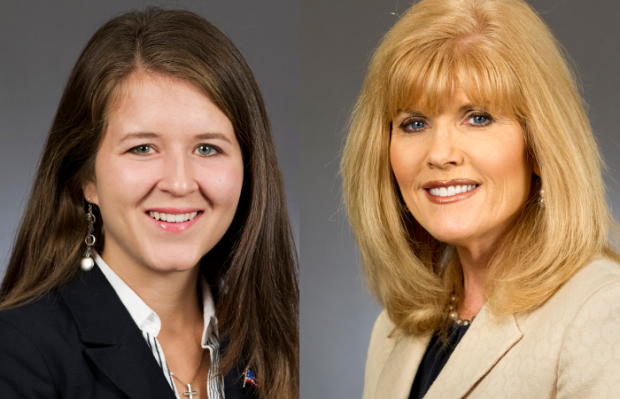 Republican Reps. Abigail Whelan and Peggy Scott are planning a fundraiser that will include speakers from two anti-LGBT groups, one of which has been listed as a “hate group” by the Southern Poverty Law Center.

The August 17 event is billed as a picnic fundraiser in Anoka and will feature anti-LGBT activist Barb Anderson, and Autumn Leva of the anti-LGBT Minnesota Family Council.

“There is so much happening in our society to be concerned about- from the videos of Planned Parenthood (the most recent one surfaced today) to the Chattanooga shooting and more- and I know it can be incredibly overwhelming,” Whelan said on her campaign Facebook page. “If you are wondering what you can do, I invite you to join our Senate District THREE WEEKS FROM TODAY. On Thursday, Aug. 20th, Barbara Anderson will share about Biblical Citizenship, and Autumn Leva from the MN Family Council will give a brief overview of religious liberties at a Picnic-Fundraiser.”

Autumn Leva is the Director of Policy and Communications at the Minnesota Family Council, a group that got its start by advocating for laws that criminalize LGBT people. In the past, the group has compared being LGBT to incest, pedophilia, and bestiality in literature it handed out to legislators. Currently, the group is working to block school policies that are inclusive of transgender students.

Barbara Anderson is the co-founder of two anti-LGBT groups: Minnesota Child Protection League and The Parents Action League. The latter organization has been labeled a hate group by the Southern Poverty Law Center because of false statements PAL has made about LGBT youth. Anderson has been a longtime opponent of LGBT rights. She’s blamed LGBT rights advocates for the bullying of LGBT students in schools, claimed that LGBT-inclusive school policies cause students to become gay, and testified at school boards and the Legislature against LGBT rights. Anderson has a lengthy record of anti-LGBT statements, much of which has been categorized by GLAAD.

Already this year, Anderson has made spurious claims including that Gay-Straight Alliances in schools cause “gay experimentation.”

Rep. Peggy Scott, who represents Andover, made national news when she said that “My heart breaks for Minnesota,” after marriage equality passed the Legislature in 2013. Scott and Anderson shared the stage in opposition to the 2014 safe schools bill, and in 2015 for a religious freedom event.

Rep. Abigail Whelan, who represents Anoka, Ramsey and part of Andover, is a newer member of the Legislature having been elected in 2014. Already, Whelan has taken up the mantle of opposition to LGBT equality by working to block transgender inclusive school policies.