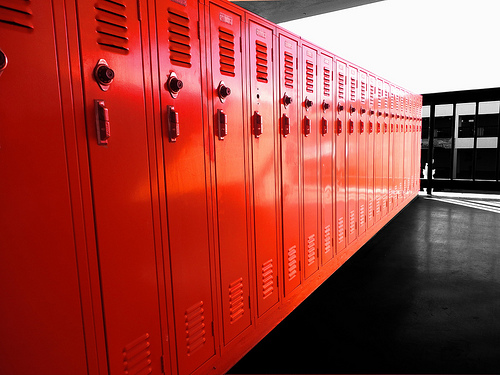 The St. Paul Board of Education is considering a policy that would make the districts schools safer for transgender and gender noncomforming students. Board members have made clear they won’t listen to the “fear mongering and misinformation” lodged at LGBT students by Minnesota’s religious right organizations.

The policy, which was first discussed at a work session on Tuesday, has four key points:

1. Respect all students’ gender identity and gender expression by honoring the right of students to be identified and addressed by their preferred name and pronoun.

2. Prohibit, within academic programming, the separation of students based upon gender unless it serves as a compelling pedagogical (instructional) tool.

3. Permit all students to participate in co-curricular and extracurricular activities in a manner consistent with their gender identity including, but not limited to, intramural and interscholastic athletics.

4. Provide all students access to facilities that best align with students’ gender identity.

According to the Pioneer Press, the board is expecting backlash. Late last year when the Minnesota State High School League was gearing up to pass a transgender-inclusive high school athletics policy, religious right groups such as the Minnesota Catholic Conference, the Minnesota Family Council, and the Minnesota Child Protection League distributed information that warned equity for transgender students would harm other students. Those falsehoods were distributed through ads placed in the Star Tribune and other local papers despite lack of support from the evidence available.

According to the Pioneer Press, some school board members have already said they won’t tolerate such rhetoric:

But Mary Doran, the board chairwoman, said she won’t tolerate the “fear-mongering and misinformation” she said pervaded the debate over the transgender policy the Minnesota State High School League recently passed for athletics.
“I want to make it perfectly clear I am always willing to hear constructive dialogue,” she said, adding that she wouldn’t listen to “somebody who’s going to come and tear our kids down.”

The proposed policy will be heard by the board next month and is expected to be adopted in several months.