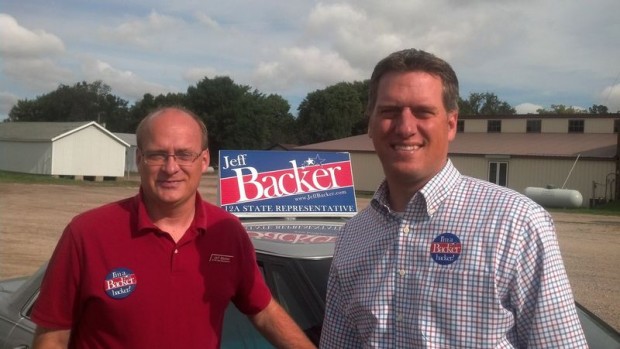 Former Elbow Lake mayor, retired teacher and wrestling coach Jay McNamar (DFL, Elbow Lake) may have the endorsement of the Minnesota Farm Bureau and Farmers Union, as well as years in western Minnesota, but to Jeff Backer, he’s “Metro Jay.”

Not just Metro Jay, but–leaping lesbians!–apparently a metrosexual funded by gay money because he voted to make marriage equality the law of the land.

Backer goes on the claim that his opponent simply doesn’t care about schools and his local community. However, McNamar’s devotion to Elbow Lake and its schools is well known. Perhaps one of the best stories illustrating the character of “Metro Jay” is this one from the life of Republican MN07 candidate Torrey Westrom:

Shortly after his accident, one of his teachers and a wrestling coach, Jay McNamer [sic] , encouraged Torrey to come out and try wrestling. Coach McNamer [sic] later learned the special rules for a blind wrestlers and kept encouraging Torrey to join the team.

Yeah, that guy’s an uncaring tool of Outside Forces. However, we wonder about Backer’s fear of Outsiders and The Metro. Indeed, we have to wonder why such a fellow as Backer wants to go to St. Paul.

But then, as we noted in several posts earlier this year, Backer had no problem what so ever padding his Facebook fans with folks from Bangkok and Istanbul. 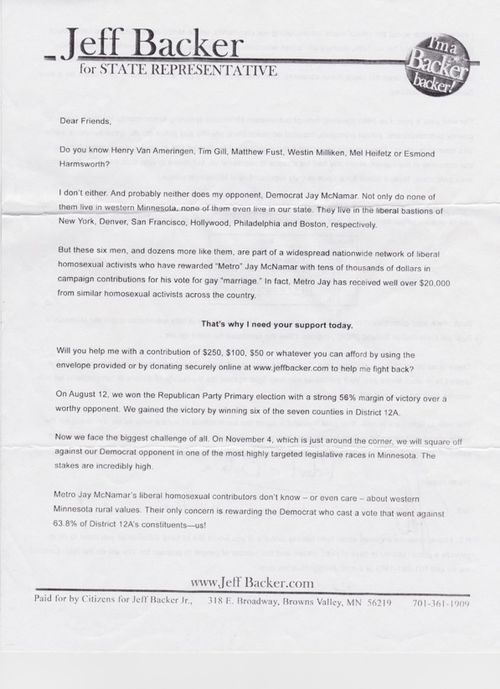 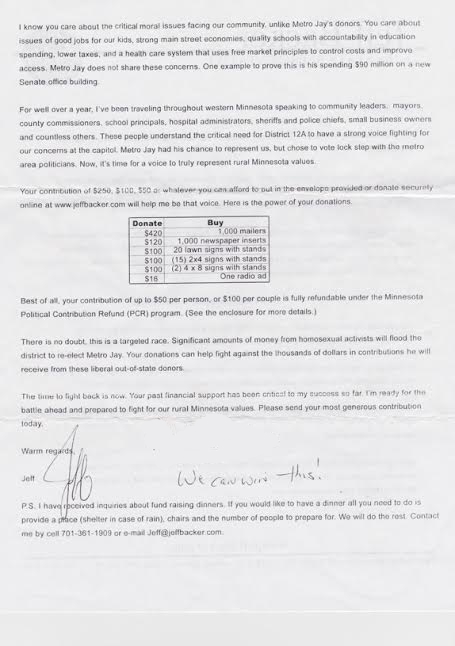 Photos: Anti-homosexual money candidate Jeff Backer and Minority leader Daudt , via Facebook(above); his anti-homosexual money fundraising letter (below). We redacted the first names of the people that were written above the “We can win this!” for their privacy.