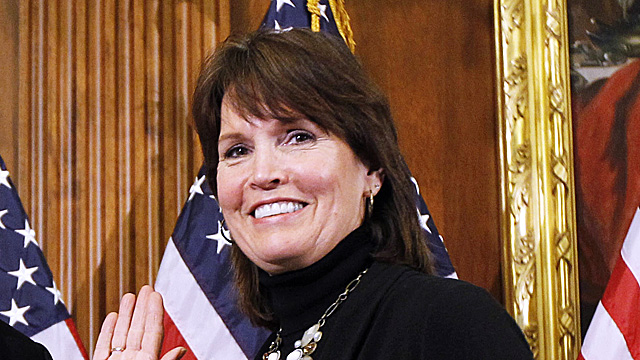 Rep. Betty McCollum is one of 60 members of Congress asking the Food and Drug Administration to re-evaluate the 5-year deferral on organ donations by men who have sex with men.

In a letter by 60 Democratic members of Congress, sent to Health and Human Services Secretary Sylvia Mathews Burwell, the lawmakers urged the FDA to change discriminatory practices related to organ donation. The letter comes in response to a case in Iowa where a young man who took his own life in 2013 after being bullied for being gay. AJ Betts Jr. was an organ donor and his heart, liver, lungs, and kidneys were all donated, but his mother got a shock in August when a letter arrived telling her that the donation of Betts’ eyes had been rejected because he was gay. His mother could not say whether or not her son had been sexually active, and the donor network said they couldn’t use his eyes because of the FDA police that says gay men must not have been sexually active for more than 5 years before organs can be donated.

The letter lawmakers sent to the FDA said:

We write to express our continued concern regarding current policies governing blood, organ and tissue donation by men who have sex with men (MSM) and to bring your attention to an incident in Iowa that highlights the inherent unfairness and inconsistency in the content and application of these policies… Furthermore, these policies continue to perpetuate inaccurate stereotypes, promote discrimination, and discourage individuals from seeking other appropriate health services… We urge you to develop blood, organ and tissue donation policies that are consistent, based in current science, and designed to ensure all healthy donors can follow AJ’s compassionate example.