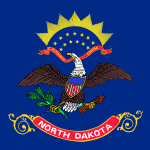 Jon Landre will direct the chorus. He’s being mentored by the director of the Twin Cities Gay Men’s Chorus, which has been in existence since 1980.

Gay men living in the Fargo-Moorhead area say the chorus will serve as an important social outlet in a very conservative part of the Upper Midwest.

The chorus hasn’t yet performed in public though shows are planned in the new year.

The chorus in Fargo will be a first for North Dakota. Almost every state has a gay men’s chorus except Mississippi, Arkansas, Montana, Wyoming and South Dakota.

The addition of the chorus also comes as North Dakota communities make further strides toward equality for LGBT North Dakotans.