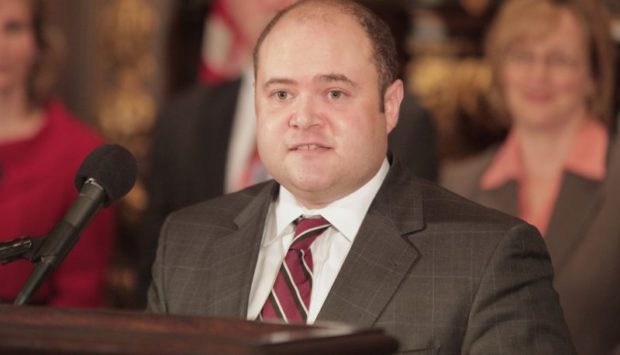 Minnesota Supreme Court Justice David Stras was confirmed by the U.S. Senate on Tuesday to the Eighth Circuit Court of Appeals. Stras, who was appointed to the Minnesota Supreme Court by former Gov. Tim Pawlenty, a Republican, in 2010. His appointment by President Donald Trump has come under criticism from LGBTQ advocates.

Sharon McGowan, Director of Strategy at Lambda Legal, released a statement today on the confirmation of Stras.

“While the President has been hard to pin down on many issues, he has been clear and consistent about his intention to fill the courts with ultra-conservative judges who intend to erode and undermine important constitutional guarantees relied upon by LGBT people, women and other communities,” said McGowan. “This is the thirteenth court of appeals judge that the Senate has confirmed since Trump took office, and Senators McConnell and Grassley show no signs of slowing down the unprecedented pace at which they are packing the courts with Trump judges. The damage that is being done to our judiciary cannot be overstated, and will be felt for generations.”

Stras’ confirmation had been stalled when former Sen. Al Franken declined to submit a “blue slip” for Stras. Senate decorum had deferred to Senators from the home state of nominees. If two blue slips aren’t returned, then the nominee doesn’t get a hearing. Senate Republicans abandoned that norm in the case of Stras. He’s the first judge in 80 years to be confirmed without both blue slips, according to the Hill.

Lambda Legal notes that Stras has an anti-LGBTQ record as a judge. The group wrote:

For example, Justice Stras has suggested that U.S. Supreme Court inappropriately “ventured” into addressing constitutional issues regarding marriage equality, dismissing constitutional protections for LGBT people as “social policy.” In that same 2008 article, Justice Stras expressed doubt about the core holding of Lawrence v. Texas, the 2003 ruling that struck down Texas’s sodomy law as an unconstitutional deprivation of liberty. Justice Stras seemed to dismiss the well-established fundamental rights of liberty, privacy and self-determination at the core of the ruling when he noted that sodomy bans violated privacy rights, at least “according to the Court.”

Stras also ruled in favor of Christian conservatives when the name of the failed 2012 anti-gay marriage amendment was in contention.

Stras was confirmed by a vote of 56-42. Sen. Amy Klobuchar for Stras’ confirmation. Sen. Tina Smith voted against it.