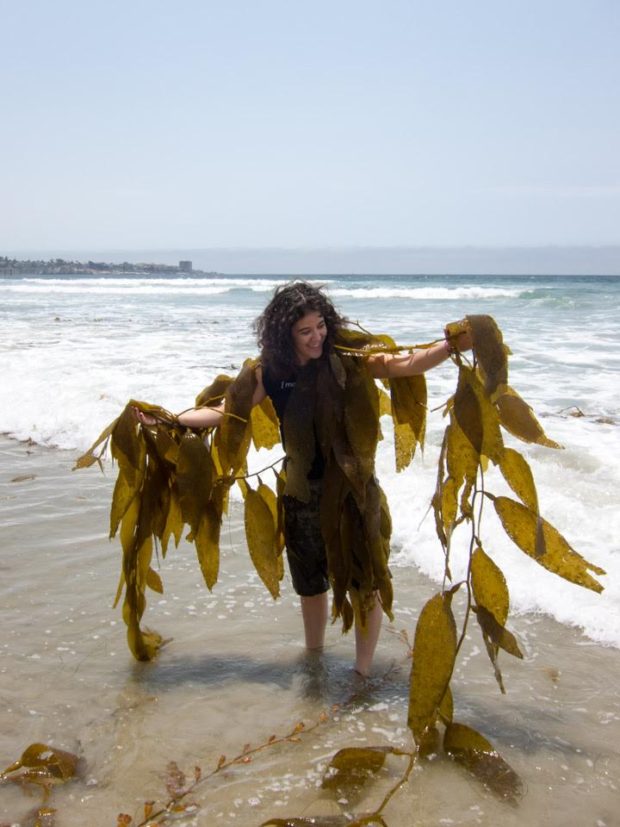 On February 16th and 17th, Patrick’s Cabaret and Gabriela Santiago take over Strike Theater with Revolutionary Jetpacks: Reclaiming the Future(s), a guaranteed fabulous night of drag, hip-hop and poetry told through a Sci-Fi lens. This show wants artists on the edge of culture to imagine and claim the future and have invited artists like Queen Drea, SEE MORE PERSPECTIVE, Wolf Valencia, Stephani Maari Booker, Khary Jackson, and House of Larva Drag Co-Op (Featuring Cicada L’Amour) to do so. The event is curated by playwright Gabriela Santiago who has worked with Patrick’s before. I was eager to learn more about Santiago as an artist and human, and thrilled that she took some time out for The Column.

Hello! Please introduce yourself to our readers.
Hi! My name is Gabriela Santiago; I go by Gabby and use she/her pronouns. I’m a multiracial and bisexual writer and performer in mediums ranging from poetry to stand-up, but my first and truest love is speculative fiction. I’ve had short stories published in venues including Lightspeed’s People of Colo(u)r Destroy Science Fiction! issue, Nightmare’s People of Colo(u)r Destroy Horror! issue, and Lady Churchill’s Rosebud Wristlet. I’ve performed locally with Patrick’s Cabaret, Raw Sugar, Mother Goose, and at the OUTspoken and Not-So-Silent Planet open mics.

How would you describe your work to someone who’s never seen it?
An attempt to break orbit. Consolation for finding out magic isn’t real. Body horror, body horror, and more body horror. People who desperately want to say things but can never quite get the words out. Enough pop culture references to trip over, and at least one thinly veiled reference to Elisabeth Sladen per plotline.

Also, Edgar Allan Poe once described his short stories as attempts to distill a single emotion to its purest form, and that’s something I think about a lot as I write. 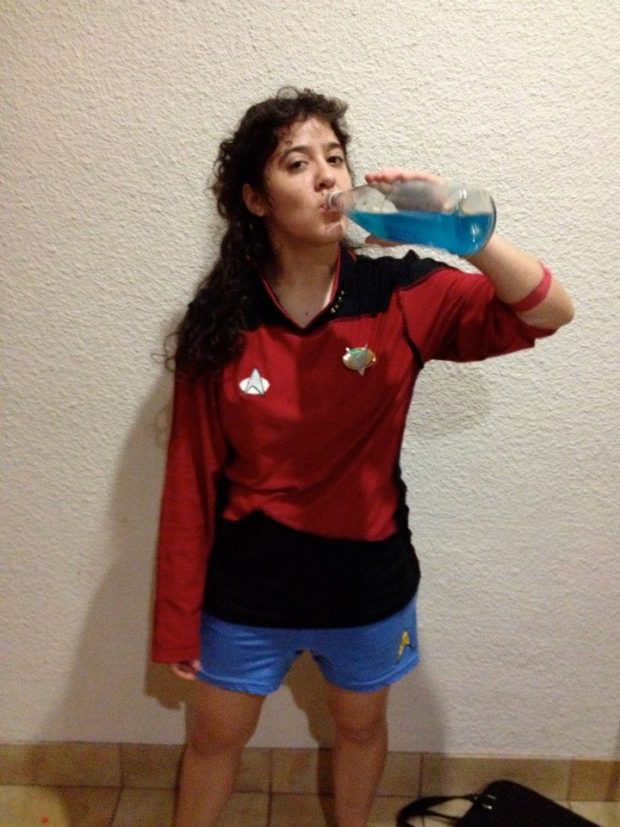 What produced or published works of yours are you most proud of?
Probably “As Long As It Takes to Make the World” and “None of This Ever Happened,” the two short stories I wrote for POC Destroy SF and POC Destroy Horror. “As Long As It Takes to Make the World” is a story I wrote as a gift for my grandfather, set on a futuristic version of the family farm in a universe where nanobots have run amok; because it was specifically written for a very gentle soul, it was a departure from my usual style, which as I may have mentioned, contains some body horror. Also, it was my first story that I completely rewrote, as in, maybe three paragraphs survive intact from the original first draft, which was also a completely different genre. So that was a big step for me in terms of letting go of past attempts and moving forward.

“None of This Ever Happened,” on the other hand, is a story that basically wrote itself once I put all my heart and soul into it (rather literally, since the very reliable narrator who is definitely not hiding anything, especially about a rock with the word ‘EAT’ scratched into it that she definitely didn’t take into her apartment. Why would you ask about that–that’s me). I’m proud of how many themes I juggled in that story and how many of my darlings I killed. Editing has always been the hardest part of the process for me, but I ended up cutting about 1,300 words at my editor’s request, and the story was stronger for it.

Plus, they’re my first pro sales, so yay external validation!

What drives you to create theatre and to write?
It’s all about communication. I’m convinced writers are the most inarticulate people in the world. Like, I’ve written an eight thousand word story about wendigos and capitalism just to say “the sensation of breathing through pain.” Eight thousand words to say that! Because I don’t really know how else to communicate with people other than through story, whether written or performed. Childhood does not seem very far away to me, and I still remember that paralyzing feeling of being so tangled in thoughts and emotions that I did not have the vocabulary to communicate to adults or make them take seriously. Whether in person or on the page, storytelling the best method I’ve found for connection with other humans.

How does your identity affect how or what you create?
Being mixed-race and bi has definitely influenced me in that I’m interested in characters and worlds that are liminal, that exist on the edge of or in between boundaries and binaries. I like complications and things that don’t quite fit. I like works that acknowledge complexity and consequences.

I’m really excited about your next project! What can you tell us about Revolutionary Jetpacks at Patrick’s Cabaret so far?
It’s a science fiction cabaret! Six different acts take on the question of, “Given that the Trump administration is currently trying to write marginalized and oppressed peoples out of the future, how can we write our own futures?” through a science fictional lens that might be dystopian, utopian, or anywhere in between (the technical term for that would be heterotopian, but somehow that just seems wrong for Patrick’s Cabaret!). I’m really excited about the talented performers whose acts we’ve got lined up: from Afrofuturist tales to Xicanx Futurist hip hop to a drag act featuring “astro-queers,” this show is all about reclaiming, remixing, and rewriting the future for ourselves. Because being able to reclaim your vision of the future can be a way to reclaim your power and your voice. And if that vision also has some jetpacks–or some lasers, or robots, or spaceships–well, come on. Those things are super cool. 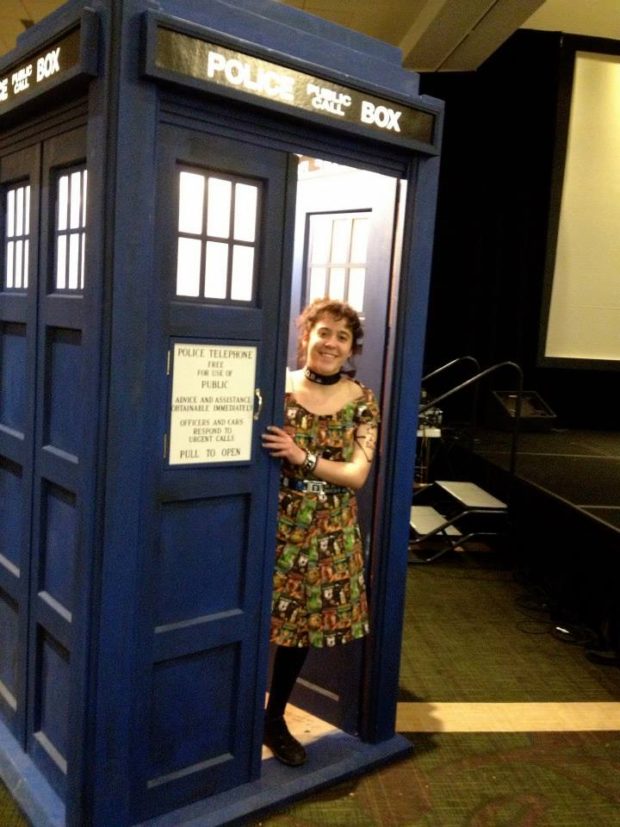 How did you come up with this idea for a cabaret? What do you hope is created or happens that is unique for an audience that has seen a lot of shows at Patrick’s?Patrick’s Cabaret has done science fiction cabarets before, and I’ve wanted to curate one for a while now. What crystallized my vision and made me decide to finally apply was what’s happening in real life. After the 2016 election, I dove into reading (well, deeper into reading, I already had about twenty books checked out from the library) like my life depended on it. Science fiction, fantasy, and horror gave me the language to talk about what I was feeling and fearing, and gave me the symbols and structures I could use to construct a shaky little idea of hope. So I decided to send in a proposal for a science fiction cabaret with an emphasis on postcolonialism, transformative and remix culture, and highlighting marginalized voices.

I hope the audience will be exhilarated by new possibilities for the genre, refreshed by validation of their own experiences and emotions, and challenged by previously unconsidered perspectives. And I hope it gets them thinking and moving to create their own futures.

How is this event different than other work you’ve done? Is there a common thread in it to your other work?
I’ve performed with Patrick’s Cabaret before–my one-woman pieces “The Three Bisexual Women You Meet in Fiction, Who Are All Actually the Same Person” in the Bisexual Cabaret and “The Epidemiology of Fan Love” in Science Friction, and various in-progress works for the Calof Series and Raw Material, but this will be my first time actually curating the event: articulating the theme; choosing and supporting performers; trying to decide whether to host the show as a Starfleet officer, the Doctor, or Ms. Frizzle… It’s a big responsibility and I’m honored to be chosen, and to have so many amazing local artists be interested enough in my vision to apply for a spot in the show.

That’s great, Gabby! How can we grab tickets to this show?
There’s a couple different ways to get tickets to see the show! You can get advance tickets online at RevJetpacks.bpt.me or 1-800-838-3006. Those are ten bucks plus a small service charge. If you want to avoid the service charge, you can buy them directly from any of the featured artists for $10 (and all that money goes directly to that artist, so that’s a great way to help support them and their work). There will also be tickets for sale at the door of Strike Theater on the nights of the show, on a sliding scale of $12-20.

Awesome! You can learn more about the event right here, and there’s a Facebook event as well. Revolutionary Jetpacks will be at Strike Theater on February 16th and 17th at 7:30 P.M.