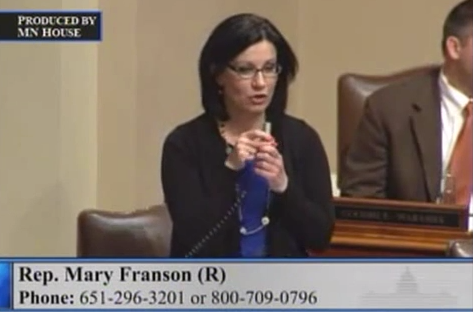 Rep. Mary Franson is taking heat for an anti-transgender tweet she sent out shortly after several transgender candidates won Tuesday night — including the victories of Andrea Jenkins and Philippe Cunningham for the Minneapolis City Council. 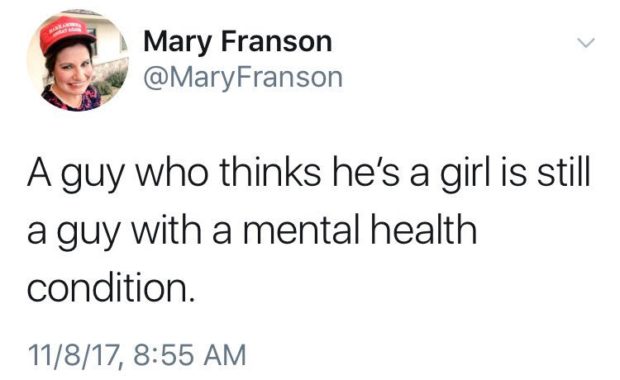 The tweet was flagged by City Pages’ Mike Mullin on Thursday afternoon and soon Franson was deluged with negative feedback about her tweet.

“It is a shame to read on social media a statement by a public official that perpetuates a false and pejorative stereotype about transgender people,” the statement read. “We encourage our colleague, Representative Mary Franson, to get the facts and to get to know transgender people herself. She will quickly learn that, as the American Psychological Association says, being transgender is not a mental illness. Problems arise for transgender people from lack of support and acceptance that creates the path for discrimination, and all too often assault, that almost all transgender people experience at one time or another. When leaders who hold positions of respect casually trade in negative comments about transgender people, some interpret that as an invitation to treat their fellow Minnesotans poorly.”

Franson is one of the more anti-LGBTQ Republicans in the Minnesota House. She signed a letter backing North Carolina’s discriminatory laws, co-sponsored a bill that would bar transgender employees from using the bathroom, called the Safe and Supportive Minnesota Schools Act that protects LGBTQ students “fascism Minnesota style,” rallied against marriage equality, and co-sponsored a marriage amendment.

By Friday morning, Franson had deactivated her personal Twitter feed, but that hasn’t stopped people from criticizing Franson’s assertion that she practices kindness (#practicekindness). 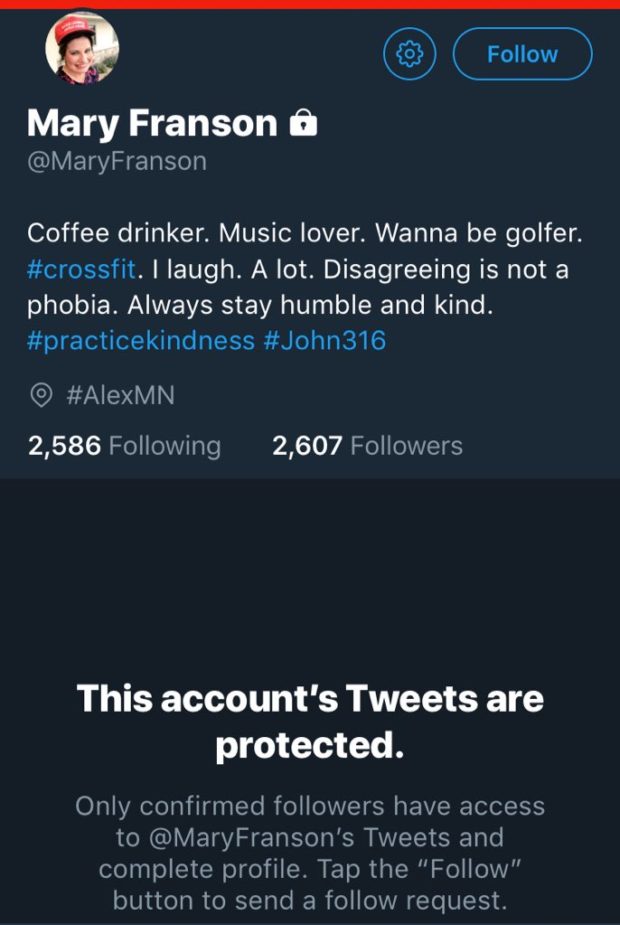 And today, in more good news in Minnesota for trans people… @MaryFranson is no longer on twitter… #bye

So what was that about practicing kindness? I see none of that on your tweets

This is abusive and harmful. #practicekindness??

You should seriously delete this. The cruelty, labeling, and erasure of it is awful. Please consider educating yourself and seeing humanity in all community members.

.@MaryFranson hate speech is not practicing kindness. Being transgender is not a mental health condition. Supporting people who are transgender is not "participating in a fantasy". You are not a good representative for the people of Alexandria, MN. #unseatmaryfranson

Here’s the full statement from the Minnesota LGBTQ Legislative Caucus: 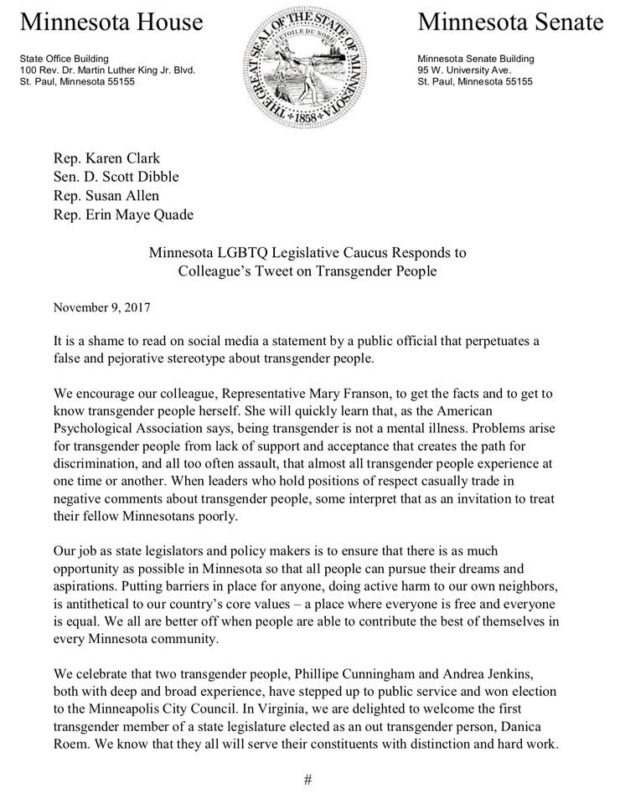