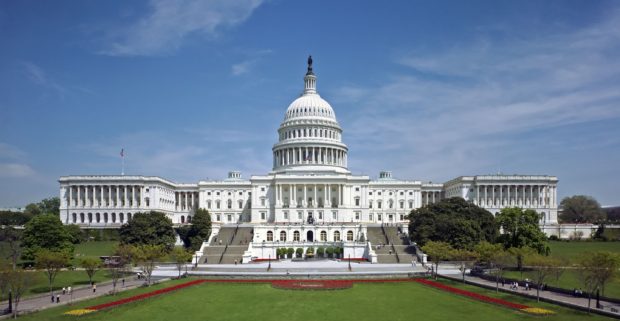 In 2012, Masterpiece Cakeshop refused to sell a wedding cake to David Mullins and Charlie Craig. The Colorado Civil Rights Commission determined in 2014 that the cakeshop violated the state’s anti-discrimination laws.

The cakeshop appealed but the Colorado Supreme Court sided with Mullins and Craig. Masterpiece Cakeshop has taken its case to the U.S. Supreme Court which will hear the case in the 2017 term.

Sens. Al Franken and Amy Klobuchar as well as Reps. Keith Ellison, Betty McCollum, Tim Walz, and Rick Nolan signed a brief along with 205 other members of Congress.

“To recognize a constitutional right, as Petitioners assert, for such businesses to discriminate, even where such discrimination arises around allegedly expressive conduct, would contravene the spirit, purpose and plain language of federal laws like the Civil Rights Act and the ADA,” the lawmakers wrote. “This Court should not establish a precedent inviting discrimination against historically marginalized communities, including but not limited to the lesbian, gay, bisexual, transgender and queer (LGBTQ) community.”

“Allowing commercial businesses to use the First Amendment as a shield for discriminatory conduct would undermine state civil rights laws and the vital benefits they provide to residents and visitors, leaving behind a society separate and unequal by law,” the brief states. “Many Americans would face exclusion from a host of everyday businesses or, at the very least, the ever-present threat that any business owner could refuse to serve them when they walk in the door—simply because of their sexual orientation, or their race, religion, or gender.”

“Local non-discrimination protections embody our commitment to pluralism and tolerance in the public sphere, helping to ensure that members of our communities are able to live and work together despite differences in how they look, what they believe, or whom they love,” the mayors wrote. “The cohesiveness and inclusiveness of our communities depend on our ability to insist that everyone – whatever their beliefs and values and however they conduct their private affairs – treat one another equally and with respect in employment, housing, public accommodations, and other areas of public life.”