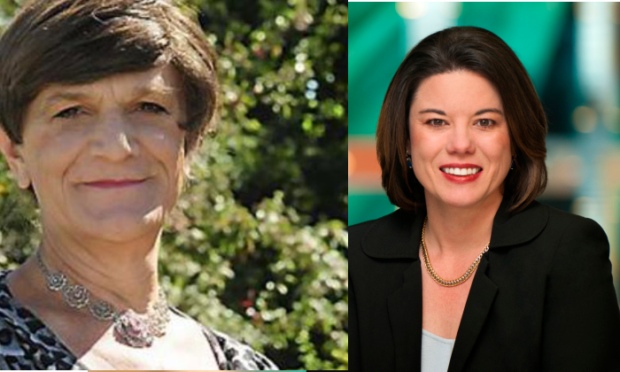 Republican Jason Lewis is the Representative-elect in Minnesota’s Second Congressional District, replacing retiring Rep. John Kline. Though Lewis won the district with a plurality of votes, the majority of votes cast in the district were for the two LGBTQ women who ran for the seat.

Angie Craig, who ran a campaign that included her wife and children, garnered 45.14 percent of the vote. The DFLer was favored to win the district but lost by a little more than 1 percent.

Paula Overby spoke of being transgender as an asset to her ability to govern. She ran under the Independence Party of Minnesota banner and won 7.79 percent of the vote.

Together, Overby and Craig drew a majority of the votes in the district: 52.93 percent to Lewis’ 46.97 percent.

That the district’s voters picked an LGBTQ-identified candidate would seem to out of step with previous elections. Rep. John Kline has been among the most anti-LGBTQ members of Congress in his 14 year career. His wins have been fairly large including after redistricting made the district more competitive. He won in 2012 with 54 percent of the vote and in 2014 with 56 percent of the vote.

Lewis’ win means the seat will remain in the hands of someone opposed to LGBTQ equity. Lewis has been outspoken about opposing transgender equity and has said harsh things about marriage equality.

The Second Congressional District runs from Jordan, Belle Plaine, and Chaska in the southwest Suburbs of Minneapolis along and south of the Mississippi River to Lake Pepin.