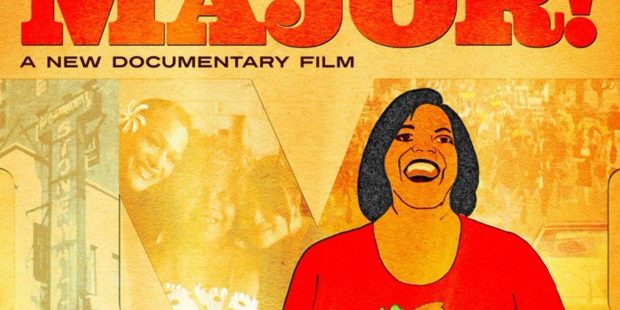 Over the past couple of decades, we’ve seen a huge shift in how queer artists and their work are viewed. We certainly have not hit a tipping point, but there are a number of LGBTQ+ film festivals that have gained quite the mainstream following and success. And there certainly is a mainstream of queer culture that allows such festivals to succeed thanks to support from our own community. One troubling thing that hasn’t changed, however, is the lack of inclusion of transgender and gender non-conforming voices in film.

This is why the Gender Reel festival was founded in 2011 in Philadelphia by Joe Ippolito. Currently this groundbreaking festival calls five major cities home: Durham, Houston, Omaha, Boston, and, of course, our own Minneapolis. This year the festival celebrates another awesome year of innovative and inclusive filmmaking on September 26 at Hell’s Kitchen, a long time ally of the queer arts community. After opening night, the Trylon Microcinema will boast the remaining Gender Reel screenings. In addition to the films highlighted, this year’s festival also includes art exhibits, guest speakers, Q&A’s, and live performance art.

The September 26 kickoff at Hell’s Kitchen features the screening of MAJOR!, a new documentary that explores the life of Miss Major Griffin-Gracy. For those unfamiliar with Miss Major’s incredible life story, she is a black trans activist and elder in our community. She survived Stonewall and hasn’t stopped fighting since. Her time in the spotlight is long overdue, and this documentary shows why Gender Reel’s work is so important on the whole. Annalise Ophelian, director and producer of the film has this to say as a white, queer, cisgender ally: “I’m deeply committed to decolonizing and bringing anti-oppression principles to the documentary filmmaking process, so in that respect MAJOR! is similar to my other work in that we really worked hard to center Miss Major and the women who appear in the film in telling their own stories asking them to be directly involved in how the film was both shot and edited.”

Also being screened on opening night is The Encounter, described as a short film that explores the lives of trans women Diana (Columbia) and Gabrielle (Ecuador) as they confront social prejudice, gender violence and their own fears. Another film, Our Fire Blooms, centers around a little known Mexican queer drag and dance night where artists pour their heart and soul in spite of being met with violent resistance from other members of the town’s community.

After opening, a number of outstanding films will screen at the Trylon Microcinema. The complete list is below, and the Facebook pages and website are evolving as things solidify and artists confirm for the festival. Ippolito notes he is especially excited to screen The Other Side of the Mirror, which gives an all-too-rare platform to drag king culture, as well as the several unique films by Al Borde Producciones.

Coming Full Circle: The Journey of a Transgender Korean Adoptee – This film follows Pauline Park, a transgender activist based in New York City, as she goes back to her native Korea for the first time 50 years after she was adopted at age 7 months by white parents and brought to the United States. (Filmmaker: Larry Tung; TRT: 31 Min; 2015).

In Bed with Francisco – In this autobiographic short, Francisco – a trans guy, faggot, fat, sadomasochistic, struggles in a world that excludes him from the market of desire. Refusing that his existence is not celebrated, desired or enjoyed, Francisco opens the door of his daily life to show us that it is possible for trans men to be desired. (Filmmaker: Francisco A. Sfeir; TRT: 7 min; 2014). Closed Caption

Nomade – The visual and political poem about the experience of following our own path of becoming who we are, explores the life of Lorenzo, a gender non-conforming person as he fights back against domination, consumerism and patriarchy. (Filmmaker: Mujeres Al Borde; TRT: 7 min; 2014). Subtitled

Trans Puzzle – In a world controlled by stereotypes and gender norms, Ryan reinvents his life, despite the dissident relationship he has to his body. (Filmmaker: Federico Survilas; TRT: 7 min; 2014).

Two Girl Bunnies – This animated story of love and transition follows the experiences of two girl bunnies who meet on a block of ice, become romantically smitten and look for a way to cross the galaxy together. (Filmmaker: Francoise Doherty; TRT: ; 2015).

Gender Reel excels as much in community building as it does in showcasing great, trans and gender non-conforming artists. To get involved, donate funds or volunteer, check their website. An annual call for submissions goes up every year, and anyone can submit a film for potential screening.