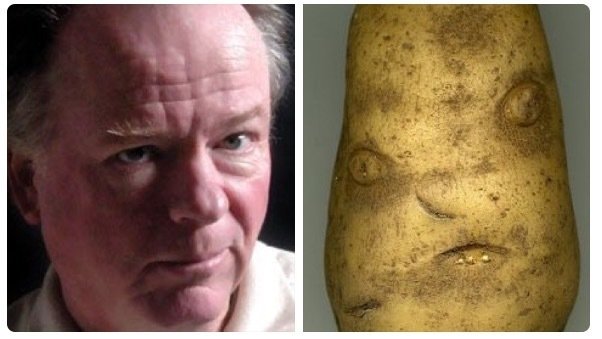 A petition has been launched on Change.org to fire Pioneer Press columnist Joe Soucheray and instead hire “a potato that sort of looks like him.” The petition is targeting Soucheray after he wrote a column asserting that two recent assaults against children in St. Paul necessitate prohibiting transgender people from using public restrooms.

“Letting anybody go to the bathroom they feel like going to will come back to haunt the political class who find in gender ambiguity great virtue to be mined,” the columnist wrote on May 10. “Police say two girls in St. Paul, one 5 years old, one 7, have been assaulted recently. A 7-year-old was sexually assaulted in the shadow of the Cathedral, literally. A few days earlier, a 5-year-old was attacked at a school bus stop on the North End of town and police are investigating whether she was also sexually assaulted.”

None of those assaults happened in a bathroom, and, in fact, happened in the open. He added, “Doesn’t make any difference where you live or work or play. If these predators are going to strike in broad daylight the legislators who call for open bathrooms better be prepared to tell us where they won’t strike.”

Soucheray appears under-informed about the basics of the debate. Minnesota has prohibited discrimination based on gender identity since 1993. Gender nonconforming people have been using bathrooms that best align with their gender for decades in Minnesota. Many businesses have also abandoned gendered bathrooms in favor of unisex or shared environment facilities.

The push among lawmakers is to bar transgender people from using bathrooms that best align with their gender, a very different political environment than what Soucheray suggests.

Soucheray followed his assertions with a qualification:

“Mind you, I am not suggesting that a person exploring their own gender identity is prone to violence. We have no evidence to support such a claim, and reasonable people are not opposed to the open-bathroom concept because they fear that a transgender person is predatory.”

“Joe Soucheray is a sad, sad man who has the English composition skills of a tortoise on quaaludes” who writes on topics such as “why our daughters will be raped if we don’t have the government telling people where they can or cannot go to the bathroom (interestingly, he was much more sanguine about credible reports of child abuse by his archbishop),” the petition reads. “He is a continuing embarrassment to journalism, the town of St. Paul, and sentient life in general.”

For that reason, Cragg and his co-signers believe a potato might do a better job. “A Potato That Kinda Looks Like Joe Soucheray, on the other hand, is a starchy, tuberous staple crop that is largely incapable of expressing any opinions whatsoever, and can be cooked and eaten if necessary.”