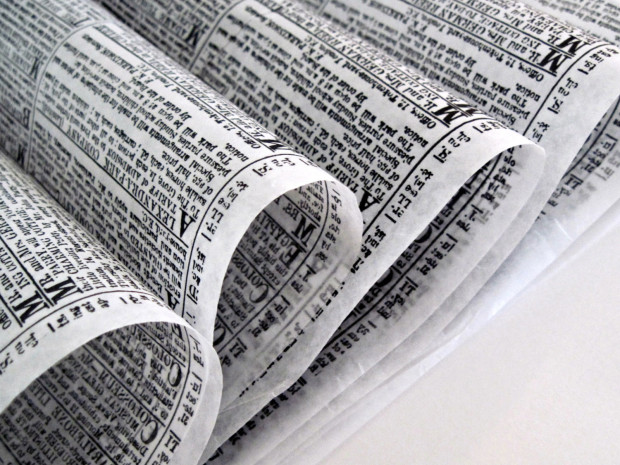 Newspapers around the state have been sharply critical of efforts by Minnesota Republicans to move a bill that would force transgender Minnesotans to use restrooms opposite their gender. At the heart of the debate is Republican notions of transgender people as predators, a false and dangerous idea that Minnesota newspapers took issue with. To date, no newspaper editorial boards have come out in support of the legislation.

In the Forum of Fargo-Moorhead, columnist Jim Shaw had some pointed questions for Republicans:

Speaking of going to the bathroom, let’s leave transgender people alone. Some Minnesota Republicans are pushing for a bill that would require transgender people to use bathrooms of their biological sex. Exactly, what is the problem Republicans are trying to fix? Have transgender people been sexually abusing others in bathrooms? Hardly.
Most people going to a public restroom are there to do their business and get out. I don’t notice who is in the other stalls, and I don’t care. Also, how would you know for sure a total stranger is a transgender person? And if this bill ever became law, how would you enforce it? Would people call 911 to report a possible transgender person going to the wrong bathroom? I think law enforcement officers have more important things to do with their time.
This is the first time I’ve ever written or assigned a story about going to the bathroom. Thus, it’s fair to say my career has now gone down the toilet.

The Mankato Free Press gave the bill a thumbs down:

Bathroom silliness
Thumbs down to the state lawmakers trying to “fix” a nonexistent problem in the state’s bathrooms.
They’re supporting legislation that would require transgender people to use restrooms, locker rooms and dressing rooms that match the sex on their birth certificate.
They say a transgender person using the restroom that matches their self-identity causes others using the bathroom to fear for their safety. They didn’t have any real, specific, identifiable examples of this, but that’s not stopping them from pushing the bill.
Opponents, including Gov. Mark Dayton, say the proposal is discriminatory fear-mongering that would create a hostile environment for transgender people. It’s doubtful the bill would ever get through the Minnesota Senate, but even if it did, Dayton would veto it and there wouldn’t be the votes to override it.
In a short session, with many issues that need attention, this waste of time is embarrassing.

The Brainerd Dispatch editorial board stopped short of supporting the state’s transgender community, but did call the bill a waste of time:

Minnesota is among at least 13 states, according to a count by Reuters, considering bills that would prevent transgender people from using public bathrooms that don’t respond to their birth sex.
North Carolina last week became the first state to enact a law requiring transgender people to choose restrooms that match the gender on their birth certificate rather than the one with which they identify…
Last week, Minnesota Republican lawmakers unveiled a bill that would prevent transgender people from using public bathrooms that don’t correspond with their “biological sex.”
Several of our area legislators have offered their support to such legislation. Rep. Josh Heintzeman, R-Nisswa, Rep. Mark Anderson, R-Lake Shore, and Rep. Ron Kresha, R-Little Falls, are all listed as sponsors of the House bill and Sen. Paul Gazelka, R-Nisswa, is a sponsor of the Senate version.
It’s understandable our area legislators would sign on to such a cause as it reflects their conservative values. But is this the time in which to do so? In an already short legislative session, this appears to be an answer to a problem that doesn’t exist in Minnesota, especially central Minnesota. To date we’ve heard of no one harmed by using the same bathroom as a transgender person.
Gov. Mark Dayton has said he would veto a transgender bathroom bill, so the bill looks to be a non-starter anyway.
There are so many other issues to which the Legislature could focus its attention. For example, long-term transportation funding was a hot button issue last year but nothing happened, and at a pre-session gathering hosted by the Brainerd Lakes Chamber of Commerce, area legislators identified it as a priority this session as well.
Other priorities that should be addressed include: DNR funding for state park infrastructure; a bonding bill; a tax bill; MNsure issues; economic aid package for the Mille Lacs Lake area; discussion of the racial disparity issues that were so important to Dayton; just to name a few.
Perhaps this is the session in which solutions are offered to real issues affecting all Minnesotans.