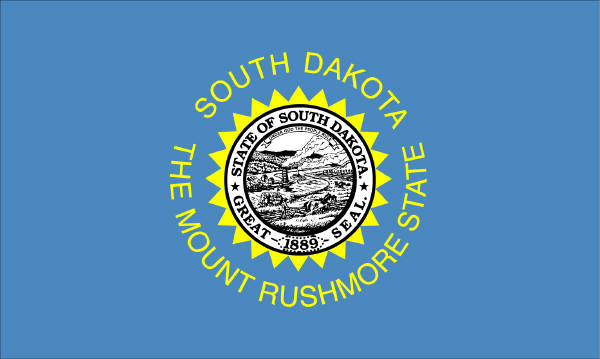 On Tuesday, South Dakota Gov. Dennis Daugaard votoed a bill that would have prevented schools from enacting transgender-inclusive policies. Daugaard’s veto came after meeting with transgender South Dakotans. Daugaard had previously said he’s never met anyone who is transgender.

Dear Mr. Speaker and Members of the House of Representatives,

I respectfully return to you House Bill 1008, with my VETO.

House Bill 1008 does not address any pressing issue concerning the school districts of South Dakota. As policymakers in South Dakota, we often recite that the best government is the government closest to the people. Local school districts can, and have, made necessary restroom and locker room accommodations that serve the best interests of all students, regardless of biological sex or gender identity.

This bill seeks to impose statewide standards on “every restroom, locker room, and shower room located in a public elementary or secondary school.” It removes the ability of local school districts to determine the most appropriate accommodations for their individual students and replaces that flexibility with a state mandate.

If and when these rare situations arise, I believe local school officials are best positioned to address them. Instead of encouraging local solutions, this bill broadly regulates in a manner that invites conflict and litigation, diverting energy and resources from the education of the children of this state.

Preserving local control is particularly important because this bill would place every school district in the difficult position of following state law while knowing it openly invites federal litigation. Although there have been promises by an outside entity to provide legal defense to a school district, this provision is not memorialized in the bill. Nor would such defense eliminate the need for school or state legal counsel, nor avoid expenses relating to expert witnesses, depositions and travel, or other defense costs. Nor does the commitment extend to coverage over settlement or damage expenses. This law will create a certain liability for school districts and the state in an area where no such liability exists today.

For these reasons, I oppose this bill and ask that you sustain my veto.

“PFLAG National and our 200,000 nationwide members and supporters thank S. Dakota Governor Dennis Daugaard for vetoing a bill which would have been the first piece of legislation in our country that directly targets transgender students. It is clear that meeting with families and their trans kids opened the governor’s eyes, heart, and mind. However, more than a dozen pieces of similar legislation in other states are sending a clear and devastating message to transgender children and their families: that they should–and will–be treated differently. PFLAG calls for our members, supporters, and all fair-minded Americans to join us in holding legislators and leaders accountable and responsible when their actions do not uphold the American ideals of equality, opportunity, and fairness.”

“Gov. Daugaard has demonstrated true leadership in listening to the hundreds of transgender South Dakotans and their families who would have been directly impacted by this bill. He has made a carefully informed decision that protects all students in South Dakota. His example shows that scare tactics can be overcome by understanding who trans people really are.”

It took the efforts of courageous transgender South Dakotans like high school senior Thomas Lewis and Kendra Heathscott, who spoke truth to power, Sioux Falls Mayor Mike Huether, editorials from the Argus Leader and The New York Times, national figures like Mara Keisling, organizations like the ACLU, American Academy of Pediatrics, American School Counselors Association, NCAA and leading businesses like Citibank, First Premier Bank and Sanford Health (some of the state’s largest employers).
All came together over the course of this legislative session to speak out against H.B. 1008 and, more importantly, in support of transgender students in South Dakota.

The author of the bill, Rep. Fred Deutsch, said he doesn’t want lawmakers push for a veto override.