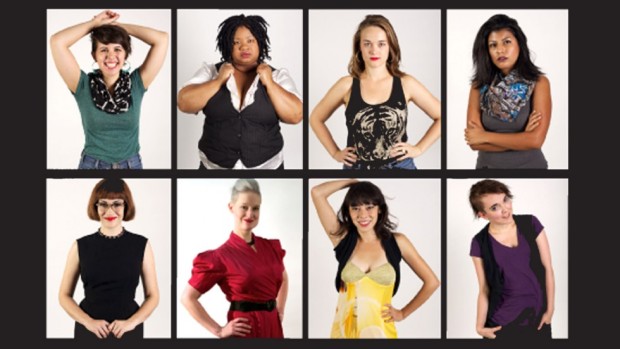 20% Theatre Company, a company devote to female and transgender theater arts, will present Gina Young’s Femmes: A Tragedy at Nimbus Theatre in Minneapolis starting Friday and running through mid-December.

Femmes: A Tragedy is a lesbian-themed adaptation of Clare Boothe Luce’s The Woman (1936). The latter was made famous with an all-women cast and provided a sharp and witty commentary on wealthy socialites in New York in the 1930s. Young’s adaptation, the Hollywood Reporter noted, is a “loose yet surprisingly faithful lesbian transformation, it is the butches who are bantered about and battled over, but never seen.”

20% Theatre Company, which is in its 10th season, describes the show as a reimagining of Clare Booth Luce’s 1936 play The Women “against a backdrop of contemporary femme lesbian (sub)culture.” The story begins “when the curator of a burlesque show’s polyamorous girlfriend drops her overnight for a hot bartender, her friends – an activist, an academic and a party promoter – are thrown into girl/girl competition despite their best feminist intentions, and are ultimately forced to parse the ways butch/femme relationships do or don’t replicate heterosexual stereotypes.”