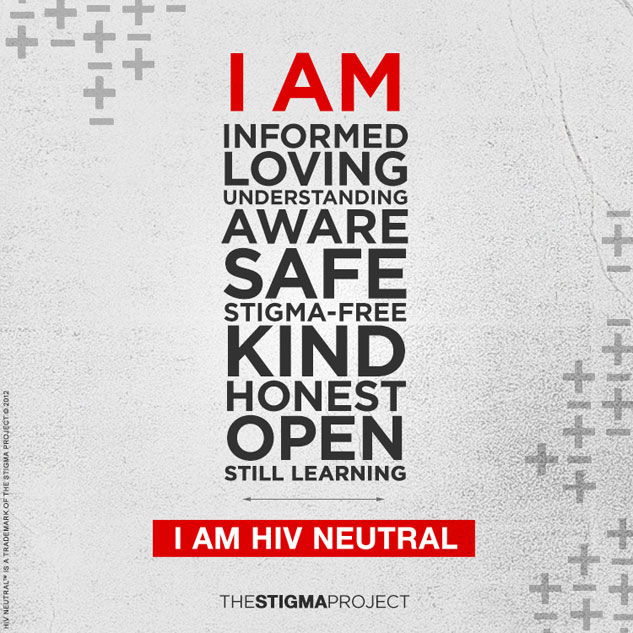 Today, for the first time since Magic Johnson’s disclosure in 1991, we’re beginning a much-overdue national conversation about HIV and AIDS in the wake of Charlie Sheen’s announcement. This isn’t a good thing, it’s a GREAT thing. It’s a huge opportunity for us to share and educate. As many of you have already seen, it’s not going to be pretty. Journalists will ask insensitive questions, well-intentioned people will spread misinformation, and hateful people will use the this as an opportunity to spread hate and fear. Please do what you can (while protecting your own emotional and physical wellbeing) to use this opportunity to bring up some of the facts below.

HIV is a nasty complex virus that adapts and replicates quickly. Humans, especially Americans, stigmatize things related to sex and drugs (but we love rock ‘n roll!) Because this virus can be transmitted through sexual contact and drug use, we’ve attached an immense amount of stigma to this condition and often forget it affects all of us. 1.5 MILLION people died from HIV/AIDS in 2013 alone, yet we talk about far less prevalent/fatal conditions more, because they don’t involve sex.

YOU can shift this conversation from who deserves what or focusing on our differences, to what we can ALL do to help and show respect to those living with HIV, and stop the spread of the most infectious killer on the planet. Challenge people to make the conversation constructive and not destructive. Use this opportunity to create positive change. We owe it to the 39,000,000 amazing people whose lives were cut short by AIDS, to the 35,000,000 people currently living with HIV, and to everyone to ensure those numbers stop increasing.

Thank you for anything you’re able to contribute to this conversation. Together we can do something amazing. For more information, please visit www.AIDS.gov.

Jason Little is a former staff and current volunteer HIV and Hepatitis C instructor for Minnesota AIDS Project, and serves on the HIM Program Advisory Board for Hennepin County Health Department. Jason is an active leader and advocate in the Twin Cities LGBT community, was awarded the title of Mr. Minneapolis Eagle 2014, and has published stories about sexual health in Twin Cities Gay Scene magazine, and The Column. He lives in North Minneapolis with his Fiance Mark.