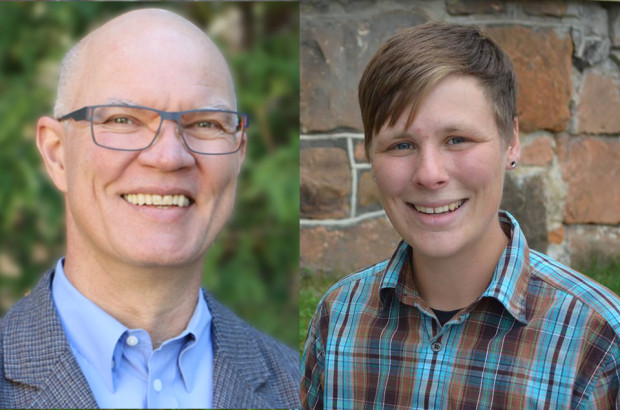 Westerlund’s campaign website says, “Em lives in the Central Hillside with her partner, Laura, and step-son, Noah. They share their home with two dogs, Laramie & J.D., as well as a tank full of goldfish and snails.”

After the election, Westerlund wrote:

Well, we did it! Victory in District 3! Thank you to all of you who helped me along the way, be it with your vote, your contribution, your yard sign, your shift doorknocking, or in any other capacity! I look forward to being your District 3 Duluth City Councilor and working with you for years to come.

Westerlund won with 82.4 percent of the unofficial vote.

Gary Anderson won Duluth’s District one, representing the north side of the city.

In 2011, I took the experiences I gained in a lifetime of customer service and community service into the political realm when I became the lead organizer in Duluth for Minnesotans United for All Families. It was an amazing honor to contribute to the success of the MN United campaign, winning the freedom to marry for all. I was legally married in 2013 to Gary Boelhower, who is a professor at The College of St Scholastica.

Anderson won with 61.94 percent of the unofficial vote. The day after the election, Anderson wrote:

Thanks go out to so many people- my spouse who inspires me every single day, core team and volunteers, LABOR support, DFL coordinated campaign. Community is what makes democracy work. I am proud to be the council person elect for the first district. There is much work to be done in order for Duluth to grow into the city we really want to be- one that is increasingly sustainable, resilient, and equitable.

Westerlund and Anderson came together to support each other’s campaigns. In mid-October, the two campaigns hosted “Gary and Em’s Big Gay Fundraiser” at the Duluth Flame.