On Friday, at least Republican nine state representatives–mostly from suburban districts–joined anti-gay activists at the Child Protection League’s fall event at Emmaus Free Lutheran Church in Bloomington or at a luncheon earlier in the day at the Mad Hatter Restaurant in Anoka.

Child Protection League Action is bringing an exciting evening presentation to Minnesota. Our prestigious keynoter will be Dr. Judith Reisman, internationally-renowned author of the classic book, Stolen Honor, Stolen Innocence. We are also honored to welcome our hostess and MC for the evening, Dr. Gina Loudon, co-author of the book, What Women REALLY Want.

The group has largely focused on defeating an anti-bullying bill and policies supportive of transgender athletes. The Column’s Andy Birkey reported in Anti-LGBT Child Protection League says it isn’t anti-LGBT:

The Minnesota Child Protection League, and its political arm, CPL Action, have only been around since the summer of 2013, yet the anti-LGBT rhetoric has been profuse. The group does have information about human trafficking and child exploitation on its website, but its unclear what the group has done on those issues.

Who are Dr. Judith Reisman and Dr. Gina Loudon?

Judith Reisman is not well-known outside the anti-LGBT echo chamber, but she should be. Over the course of her three-decade career as a sought-after conservative talking head, lecturer and writer she has managed to paint herself as an “expert” in sexuality, gender, pornography and child sexual abuse. She is also listed as a “visiting professor of law” at the right-wing Liberty University and has appeared as an “expert” on congressional panels and court cases over the years. That’s no small feat for someone with a Ph.D. in communications and no formal training, education or credentials in law or psychology. .. .

Dr. Judith Reisman has been fighting the sexual revolution for the last four decades, with the particular focus of her scorn directed toward Dr. Alfred Kinsey, a sex researcher whose body of work has been credited with helping launch that revolution. Her activities and her opinions have become a staple of Minnesota’s anti-LGBT movement. She’s even come to Minnesota to try to block LGBT rights.

Reisman’s ideas are behind much of Minnesota Child Protection League’s anti-LGBT and anti-sex education initiatives. . . .

MNCPL’s October 30th fundraising event won’t be the first time Reisman has come to Minnesota to block LGBT rights. When the Minnesota Legislature was considering adding sexual orientation and gender identity to the Minnesota Human Rights Act, Reisman was brought in by conservative Christians to testify against it. She recounted her efforts in a 2000 essay. Reisman said she “was called in to try to stop the ‘sexual orientation’ bill introduced by a small clique of Democratic legislators.” . . .

Reisman’s talk on October 30th will be facilitated by Dr. Gina Loudon. She is best known for her role on the ABC show Wife Swap. Loudon, part of a Tea Party family, swapped roles with a woman living in a polyamorous family. The episode was notable because Loudon quit the show halfway through taping and refused to continue to participate.

Now, she hosts a talk show from her home in San Diego, and has a weekly web series called America Trends. She goes by the name “Dr. Gina,” a reference to her PhD from the distance-learning Fielding Graduate University.

She’s also had plenty to say about LGBT people, but not much of it positive. In “Enough of the LGBT Tyrants’ Bullying,” she repeats an old trope that LGBT community is after children:

“As we wait for the Supreme Court to decide if gay marriage will become the new Roe v. Wade, LGBT has zeroed in on a new target: children. Current LGBT leaders are now advancing their (not so) open-minded ranks into the classroom for the indoctrination and intimidation of our children.”

Who flocked to the photo ops for these speakers?

In a Facebook photo album, MInnesota Child Protection League 2015, League board member and Pam Myhra for Congress Campaign Manager Marge Holsten shared a series of photos of the run-up to the event and the fundraiser itself. Another album, shared by Lucero, supplements Holsten’s photos. 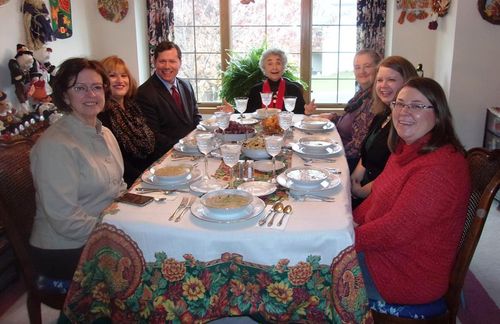 I was honored to be able to host a luncheon attended by these amazing people! — with Julie Quist, Leslee Unruh, Dennis Smith, Dr. Judith A. Reisman and Kelly Janssen. 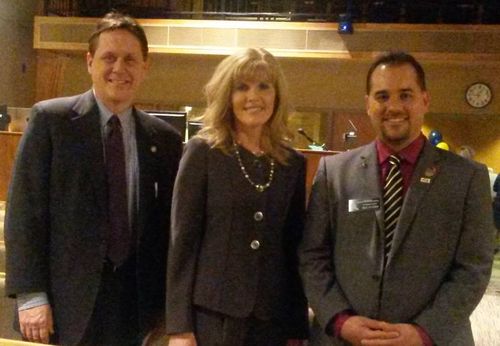 Some of Minnesota’s great legislators. — with Matt Dean, Peggy Scott and Eric Lucero. 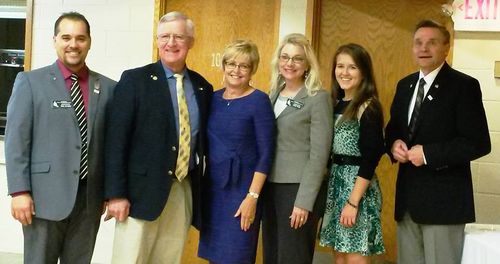 In other photos taken at dinner at anti-gay activist Barb Anderson, Reisman and Loudon are joined by Center of the American Experiment fellow and analyst Katherine Kersten. Julie Quist, another Board member, founder of EdWatch and wife of perennial candidate Allen Quist, appears in many photos as well.