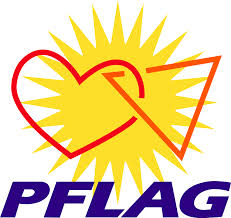 On July 15, it will be one year since the northwest Minnesota chapter of Parents and Friends of Lesbians and Gays (PFLAG) received its charter.

The organization will mark that anniversary with a family picnic will be held from July 11, 2015, from 12 to 3pm in Centennial Park, Thief River Falls.

“We have provided visibility and support for the lesbian, gay, bisexual and transgender community in northwest Minnesota and neighboring North Dakota for a year,” chapter president, David Stocum of Thief River Falls, said in a statement. “This is something we are all tremendously proud of and look forward to continuing.”

FLAG Thief Rivers Falls “gives LGBT people in Northwest Minnesota an opportunity to come together socially. PFLAG provides opportunity for dialogue about sexual orientation and gender identity, and acts to create a society that is healthy and respectful of human diversity.” The group meets the second Saturday of each month at the Thief River Care Center. Chapter meetings consist of a program during the first hour and a peer led support circle during the second hour. Anyone interested in obtaining more information on PFLAG Thief River Falls can reach the group via email at PFLAGThiefRiverFalls@gmail.com , on the web at http://pflagtrf.weebly.com/, or on Facebook and Twitter.

For more information about the first anniversary picnic, visit Facebook.