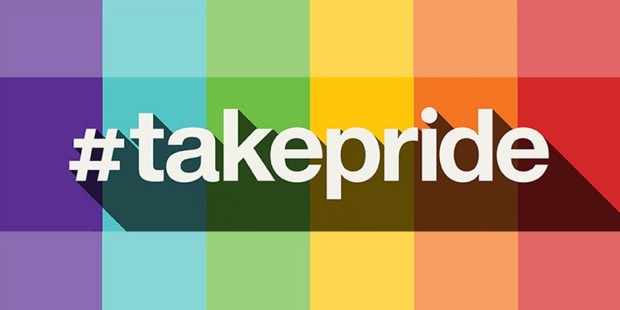 Minneapolis-based retailer Target has launched a campaign for Pride month: “We’re not born with pride. We take pride. Pride in celebrating who we were born to be.” The campaign comes with the hashtag #takepride and a video:

“We’re making our message loud and clear: Target proudly stands with the LGBT community, both as a team member and team player through all that we do – from our volunteer efforts to our long-standing partnerships with groups like Family Equality Council and Gay, Lesbian & Straight Education Network, to the very products we carry in our stores and online,” said Laysha Ward, executive vice president and chief corporate social responsibility officer, in a post on the company’s blog.

The video and the campaign reflect a journey for Target on LGBT rights. In 2010, Target came under fire from LGBT activists after the corporation donated money that benefited Republican Tom Emmer who was running for governor. Emmer, one of the more anti-LGBT candidates for governor in recent memory, lost that race but the reputation for Target was tarnished by public relations missteps.

The CEO responsible for the donation and the company’s poor PR in the wake of the donations, Gregg Steinhafel, had ties to the religious right. He resigned in May 2014.

Almost immediately, Target began efforts to rebrand itself. Target announced last year that is was publicly backing same-sex marriage and signed briefs urging the U.S. Supreme Court to enact marriage equality nationwide. The company created ads featuring a gay parents that were bold enough to prompt boycotts by the religious right, many of the same groups Target’s former CEO had aligned with.

Now, Target is not only rebranding itself as a LGBT-supportive company, but cashing in on Pride month with a line of Pride-themed merchandise.