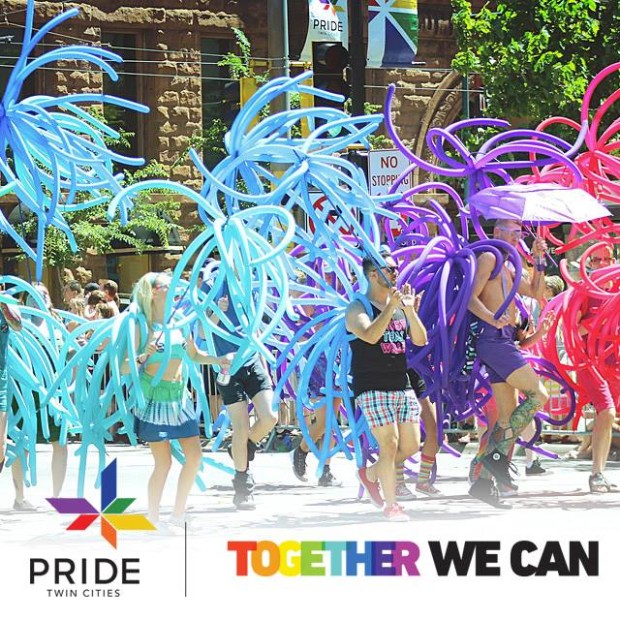 Transgender activist, poet, and playwright Andrea Jenkins, will serve as Twin Cities Pride Grand Marshal. Jenkins was recently awarded a Bush Fellowship, a Fellowship in the Cultural Community Leadership Institute at Intermedia Arts, and named a fellow in the Many Voices Fellowship at the Playwrights Center. She is the board chair of Intermedia Arts, and co-curates the Queer Voices series at Intermedia. She recently served policy aide to Minneapolis City Council Member Elizabeth Glidden where she initiated and helped develop the the Minneapolis Transgender Issues Work Group and produced the first Transgender Summit in the city. Recently, Jenkins took on the role of Oral Historian of the Transgender Oral History Project at the Tretter Collection at the University of Minnesota. 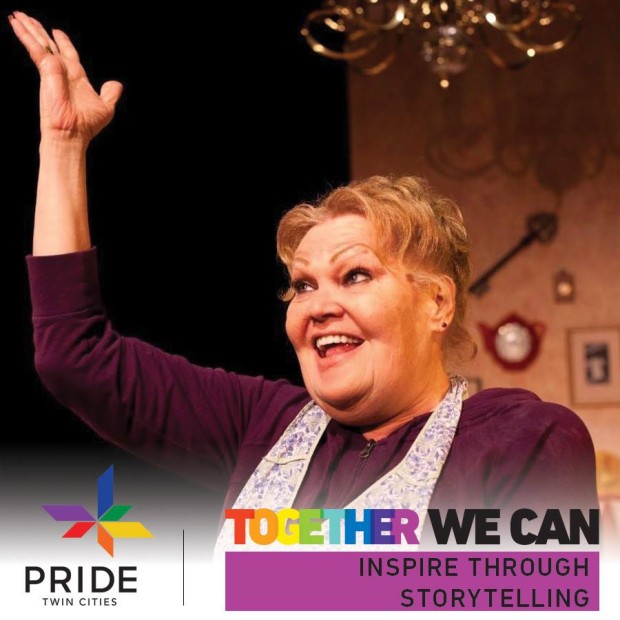 You may know her from a long-time commitment to raising funds and awareness as a royal on The Imperial Court of Minnesota. Or perhaps you recognize her from her years of writing ‘Consider the Source’ for Lavender Magazine. Maybe you know her from her countless performances on stage. But, after my last visit with the wonderful Julie Dafydd, I think it is safe to say that few know her as the young boy growing up in Soderville, Minnesota. Julie has stripped away the veil of privacy in her one woman play entitled “Soderville” in which she plays herself both today and in her past. … In [the show], she brings us back to the earliest years of her life and describes what it was like. Soderville was written for the stage by director Scott M. Rubsam after spending hours with Dafydd recording her to recapture her upbringing and transition. 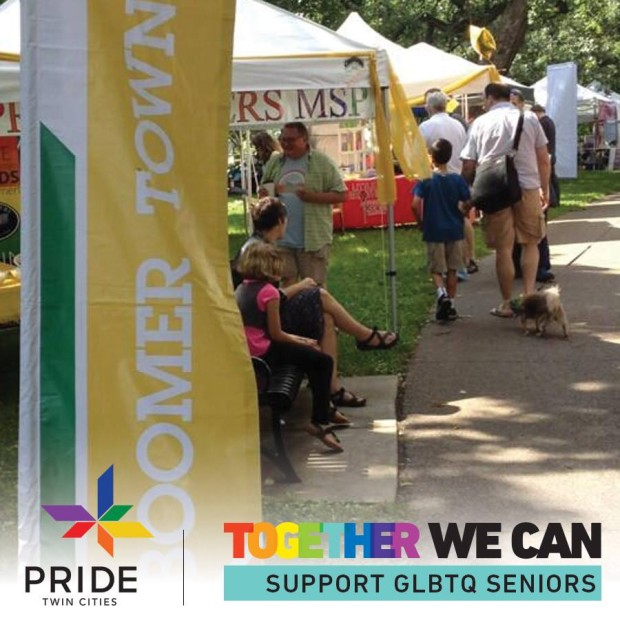 AARP has partnered with Prime Timers MSP, Pride and Little Brothers-Friends of the Elderly to create an area at Pride called Boomer Town. This area is focused on the seniors/elders of the GLBTQ community who have given so much of themselves. Without the work and dedication of those GLBTQ seniors/elders who had the courage to stand up for all GLBTQ folks, we would not be at this historical place as a community. The GLBTQ community doesn’t always appreciate the work of the seniors and elders and Boomer Town is an effort to address this issue.
We at Pride are aware of the issues faced by GLBTQ seniors, and are committed to working together to help seniors find the resources and support they need. 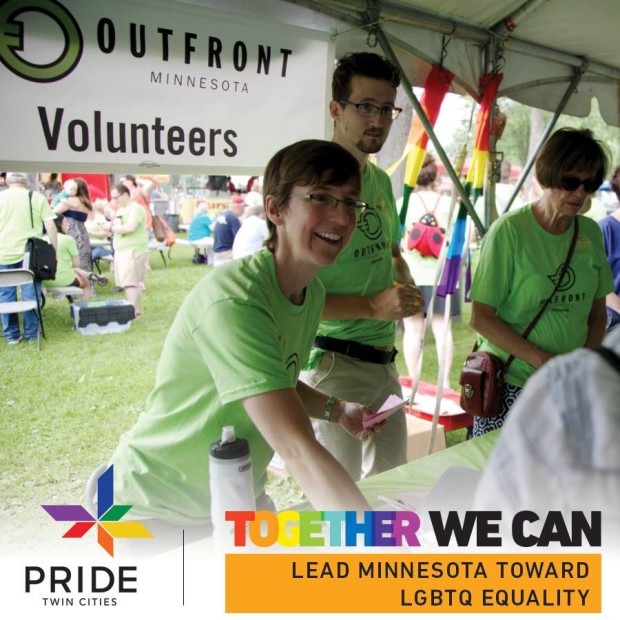 For almost three decades, OutFront Minnesota has been advancing equity for LGBTQ people and families throughout our state.
In 2011, OutFront co-founded Minnesotans United for All Families.
In 2012, they worked with coalition partners and community members to defeat proposed constitutional amendments that would have limited the freedom to marry and restricted voters’ rights.
In 2013, they lobbied at the Capitol with other supporters to win marriage equality for same-sex couples.
Last year, OutFront advocated with the Safe Schools for All Coalition to pass the Safe & Supportive Minnesota School Act, anti-bullying legislation, which provides protections LGBTQ youth.
OutFront also worked with the Minneapolis Trans Workgroup to raise awareness and support for the City Council’s vote to change three local ordinances so that local bars and restaurants do not need to designate single user restrooms by sex, making access easier and safer for trans people.
We’re proud to call OutFront Minnesota partners and friends, and look forward to honoring them as the 2015 Community Champion of Pride!