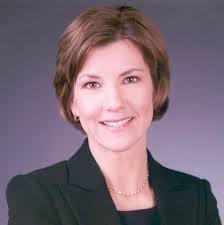 Minnesota joins 19 other states in asking the United States Supreme Court to rule in favor of same-sex marriage when it takes up four appeals cases in late-April from Michigan, Ohio, Kentucky, and Tennessee. Minnesota Attorney General Lori Swanson filed the brief on behalf of the State of Minnesota late last week.

Minnesota’s brief is one of only three states so far that have filed a standalone brief (Virginia and Hawaii are the other two; 16 others banded together for a brief), in part, because Minnesota’s history with the marriage equality struggle is different than most.

The decision of the court not to hear the case in 1972 has been used by opponents of same-sex marriage in most cases in appellate courts and at the Supreme Court. The Minnesota brief argues that Baker is history. Swanson wrote:

This Court has provided substantial guidance since Baker regarding the rights of same-sex couples. In the last 19 years, the Court has struck down the Defense of Marriage Act, sodomy statutes, and other laws targeting gay and lesbian individuals. Meanwhile, same-sex couples in Minnesota and elsewhere continue to raise children. Same-sex marriage bans and non-recognition laws “humiliate[] tens of thousands of children now being raised by same-sex couples.” United States v. Windsor, 133 S. Ct. 2675, 2694 (2013). The evolution of state statutory law and court decisions, as well as principles of fairness, support the Petitioners’ position.

Swanson also argued that “married same-sex couples from Minnesota should be able to cross state lines without their marriages disintegrating,” and that the Supreme Court’s recent decisions “support the constitutional right to marry and to have their marriages recognized by other states.”

The brief also gives a history of the marriage equality struggle in Minnesota from Baker v. Nelson, to bans on same-sex marriage, from legal cases in the late 2000s, to the defeat of a constitutional amendment and the legalization of same-sex marriage.