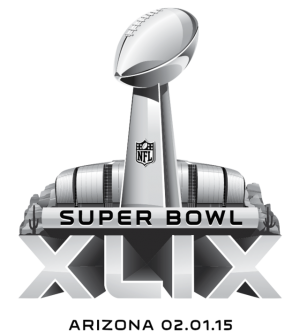 A pair of conservative Christian talk show hosts expressed concern on Monday that Katy Perry’s half-time show may contain demonic forces and that pop star Beyoncé is actually a “satanic being.”

The conversation occurred between AM 980 KKMS radio host Paul Ridgeway and fellow radio personality Jan Markell. Ridgeway hosts “On the Way with Ridgeway,” a drive-time show popular with Republican leaders and anti-LGBT groups. The station broadcasts from Eagan. Jan Markell hosts Understanding the Times, a conservative Christian radio show that tries to tie current events to prophecy in the Bible. She also hosts a national conference of 3,000 evangelical Christians each year. This year features former Rep. Michele Bachmann.

Ridgeway brought Markell on the air to talk about “the demonic attack on our culture and world.” Markell had just published a newsletter through her ministry that claimed that Katy Perry has sold her soul to the devil.

She’s also using demonic forces to gain fans. According to Markell’s newsletter: “Sadly, Perry’s music and videos are being used to seduce young fans. She now seeks spirituality in the writings of people such as neo-gnostic medium, Echart Tolle, who channels demonic forces and teaches we can realize our own inner divinity through occult knowledge.” (Echart Tolle is the author of the Power of Now, a selection from Oprah’s book club that takes elements from many faiths and spiritual traditions, though evidence of “demons” is lacking)

Markell told Ridgeway, “It was sort of a head’s up that if you’re going to be watching the Super Bowl this coming weekend, Katy Perry will be doing the half-time and it will be complete maximum evil which is nothing new, and Paul, you of all people know more than anybody with some of the half time stuff.”

Ridgeway replied: “I’ll tell you it got more raunchy and its getting more raunchy on you website you talked about Beyoncé’s satanic half-time sex show but now this Perry says she has some tricks up her sleeve for the coming show this weekend.

Markell agreed, “My concern, Paul, and I know yours is too, is the decline of the culture is so shocking that, I mean, a lot of people can’t handle it anymore. They are just turning off media because they don’t want to take bad news into their minds anymore and I’m getting to that point myself.”

Later in the interview, Ridgeway told listeners, “Katy Perry going to be in the half-time show and I want to fill you in a little bit with what Jan’s email newsletter tells us about her because like Miley Cyrus, Perry grew up in a Christian home and made references to God in her early career. But now admits she has left the faith. In fact she said she sold her soul to the devil. She said, ‘I think when the universe gives you these things,’ she’s talking about being on the Super Bowl half-time show, ‘it’s just asking you if you are ready to the next level and I’m getting ready.”

He continued, “Jan’s newsletter says this is a good reminder of praying for to those who seek the universe and god with a little ‘g’ for answers. They simply lack the understanding of the living God of the bible. and this is another one.. Katy Perry is another one who was a professed Christian now she just now she says… she sold her soul to the devil.”

Markell said that selling one’s soul to the devil is common in Hollywood. “This is kinda common in the Hollywood culture — whether they come from a Christian background or a secular background — is selling their soul to the devil or something of that nature maybe they… they might not all call it exactly that but it is the same concept of just turning yourself over to Satan. I mean Beyoncé is demon-possessed. I’m sorry if she is somebody’s idol — too bad. You are worshipping a satanic being.”

Ridgeway expressed his disappointment with the NFL.

I’m amazed that Katy Perry will be in the half-time show. Of course, her first big hit was I Kissed a Girl and, of course, it was a song about a girl kissing a girl. Her father is an evangelical minister. He loves his daughter but he asked us to please pray for her when she admits that she sold her soul to the devil for success. And talk about scary, when you hear that. That is deeply troubling and I’m bothered that the NFL’s really changed to be much more pushing the envelop on these half-time shows when before they were so family friendly. You didn’t have to worry if you 8, 9, 10-year old was watching the half-time show.

Markell ended the segment with an admission that she experimented with Ouija in college:

I mean people are getting obsessed with this supernatural and Paul, I did, in my early 20s at Bethel College, when I was at Bethel years ago everybody was playing with a Ouija board. We wanted to see what our grades were going to be so we asked the Ouija board. And I got pretty addicted to it. It’s the power of the supernatural. There is a longing to know the future or know the things you’re not really given permission to know because you have to tap into the dark side to be able to know. So that’s why there’s sort of a longing for the paranormal and it’s infecting a lot of people.