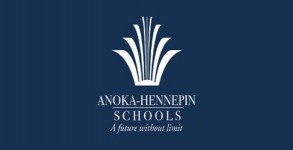 According to members of the Parents Action League, LGBT people are unhealthy and dangerous, and are similar to pedophiles and people who engage in incest. Will the Anoka-Hennepin School Board side with PAL?

The state’s largest school district has been the scene of a battle between those who want to protect students from bullying and harassment, and those who oppose the inclusion of LGBT students. That battle continues as the Anoka-Hennepin School Board is set to consider recommendations of the anti-bullying task force on Monday.

Those recommendations have five key points: Increase messages of kindness in the Anoka-Hennepin community, provide comprehensive communication about safety and inclusiveness for all people in our schools, increase adult presence in unstructured common places in middle schools through the use of volunteer school ambassadors, and increase awareness and acknowledgement of the variety of family structures and characteristics.

Recommendation 3: Honor and celebrate the contributions of diverse people and families in our community, country, and world, including the LGBT community. In an effort to affirm and celebrate the diversity represented by district students, families, and employees, the Task Force recommends Anoka-Hennepin Schools recognize, affirm, and assess specific LGBT activities including, but not limited to, continuing to support student-led Gay Straight Alliance clubs; hosting school-related family nights for our diverse populations, including LGBT families and LGBT students and their parents; and creating public displays honoring LGBT history month each October beginning in 2014.

As the board meeting approaches, members of the Parents Action League, a group the Southern Poverty Law Center has labelled an anti-LGBT “hate group,” has taken to the pages of the local paper to try and generate opposition.

Laurie Thompson, a longtime member of the Parents Action League, penned a letter to the editor of ABC Newspapers which read, in part:

This recommendation is an outrageous, controversial, biased disaster.
Is the Anoka-Hennepin School District prepared to apply the principles embedded in this recommendation consistently?
Those who engage in promiscuous, incestuous, philandering or polyamorous behaviors have also contributed to society. Should teachers be required to identify those proclivities while teaching about the contributions of such people?
Will the schools also create public displays that honor the accomplishments of polyamorous and minor-attracted persons, etc.?
Substituting for homosexuality another condition equally irrelevant to achievement and equally morally questionable brings into sharper relief the dubious nature of this recommendation. If a cross-dresser has contributed something to the world that is universally accepted as both positive and important, then it would be appropriate to educate students about the contribution. His cross-dressing, however, would be irrelevant.
The LGBT and their ideological allies insist that the sexual proclivities of cultural contributors be taught rather than just their contributions because they desperately want to associate achievement with their sexual identity in an attempt to change the moral views of young, naïve students.
It’s not the failure to teach about the achievements of homosexuals that bothers homosexual activists. It’s teaching about their achievements without identifying their sexual proclivities that bothers homosexual activists.
When an LGBT person has contributed something of value to society, those contributions should be noted. Their sexual preference, however, is not worthy of honor nor mention.
How can an educational institution possibly foster diversity, honor all voices, cultivate critical thinking, advance intellectual exploration and challenge assumptions on this most controversial cultural issue if liberal assumptions on the nature and morality of volitional homosexual practice are mandated and all dissenting views are censored?

Barb Anderson, who is affiliated with multiple anti-LGBT groups such as the Minnesota Family Council and the Minnesota Child Protection League, as well as the Parent Action League, also penned a letter to the editor of ABC Newspapers. Here’s an excerpt:

According to the Safe Schools Manual, the “bible” for gay activists, teachers are encouraged to use the Riddle Scale for judging and shaping attitudes regarding LGBT. In their words, if you are in the “tolerance” category, you “aren’t yet in a place of support for all students.” Tolerance is now considered to be a negative attitude. The desired positive attitudes are: support, admiration, appreciation and nurturance.
Tolerance was only the starting point to get everyone onboard. Virtually everyone agrees that we should be tolerant and kind toward others, but now this fast-moving train is heading in another direction.
Where is the tolerance for those who disagree with normalizing homosexuality? A major reason that many disagree is the Centers for Disease Control men who have sex with men (MSM) statistics:
• “Most gay and bisexual men acquire HIV through anal sex…”
• “…the rate of new HIV diagnoses among MSM in the United States is more than 44 times that of other men (range: 522-989 per 100,000 MSM vs. 12 per 100,000 other men).”
• “In 2010 young gay and bisexual men (aged 13-24 years) accounted for 72 percent of new HIV infections…”
• “YMSM aged 13-24 years had the greatest percentage increase in diagnosed HIV infections of all age groups.” (Young MSM includes middle and high school years)
Are we to “honor and celebrate” this very dangerous behavior in our schools?
Please respectfully let the Anoka-Hennepin School Board members know how you feel about recommendation #3.

But, at least one parent is taking them to task. Melissa Thompson wrote:

In response to “Proposed policy goes beyond tolerance” on Aug. 15, it seems Barb has a letter every week and there is one of two themes. Either arguing about the role she thinks religion should have in our government based on “her” interpretations of the Constitution or doing whatever she can to prevent our school district’s LGBTQ students, families and staff from ever receiving positive recognition, resources or support.
Her constant effort to get others to join her in excluding this statistically tiny sub group of people is concerning to me as someone who has gay family members. I also have kids attending school in this district while she does not. Yet she, a public spokesperson for a religious organization, that has dedicated much of its time and money to discriminating against gay people, demands and receives a seat at the table to try and dictate what policies are adopted in a district she doesn’t have any children in. Why is that?
Her repeated references to men who have sex with men is off putting in the first place, but continually connecting it to children and curriculum is really disturbing. Her twisting of the facts and her own obsession with the sex lives of gay people is so frustrating. All recommendation #3 is asking is that LGBTQ people be included in our district’s recognition of diverse populations in our schools because they have been deliberately excluded in large part due to Barb’s own efforts for decades.
The Riddle Scale she referred to is a list of attitudes that could be applied to any group. While tolerance is better than repulsion, it is not as good as acceptance or celebration and if we apply that to our lives I think most people would prefer to be accepted or celebrated instead of merely tolerated. She is correct in saying the recommendation goes beyond mere tolerance, they would actually celebrate and affirm ALL people “including” LGBTQ people, something the district claims it is already doing but clearly isn’t or we wouldn’t need recommendation #3.

Advocates for safe Anoka-Hennepin schools have also geared up for Monday’s meeting.

A Facebook event has also been set up to organize district members who want to address the school board.