I hate my mother and I wish she was dead, I don’t feel bad.  Should I? 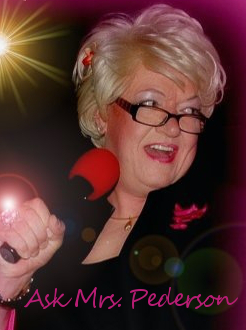 Dear Anonymous, or in this case I will refer to you as Mothater.  Why Mothater? Because that is what happens when you merge mother and hater.  That is not a judgment by any stretch.  I was merely hoping to not have “Mother Hater” as the title of this post!

Hate is so inextricably linked to love that I believe many of us can relate to your question’s intensity.  Some of my best friends and I — Moisha Lipstick comes to mind here — LOVE to hate the other.  Does that mean it is a bad thing?  I will tell you this… in a pinch we have each put down our arms and run to each other’s side.

I am always genuinely concerned for Moisha’s well-being.  But man does that B get under my skin sometimes!  I didn’t want to be out on a limb alone on this one (unlike the fabulous Shirley Maclaine) so I Googled another perspective.  At first I was looking under Oedipal Conflict.  I know that, traditionally understood, it is the classic Freudian understanding of a boy being attracted to his mother and trying to oust the father from sight.  Although this is sometimes a case of attraction from a younger male to an adult female, it is sometimes the reverse.

If this were the case, you would have a strong attraction to your father figure and be allusive to the mother.  Before you all get up in my grill about the assumption that I must be making about Mothater being female, consider same-sex attraction and it all will make sense.

In another case I would assert that Mother-Daughter conflict is normal.  Not only is it normal, it is essential in forwarding fashion, art, and humanity (think Joan and Melissa Rivers).  I’ll give you an example.  Do YOU cover your furniture with plastic and run a plastic runway over your nice new shag rug?

In the event that your hate doesn’t originate from an oedipal root, there is also the classic Dorothy/Sophia kind of conflict.

Here is what I found to share about mother-daughter conflict.
From Ask.com: Answer

It’s really unfortunate when a daughter hates her mother. With so many things plaguing such crucial relationships, a number of things could be going wrong. Sometimes there may be an issue of the parent not showing the daughter the attention she seeks. Children regardless of their age want the approval, attention, and affection of a parent.

No matter what is prompting it, I say “Take the bull by the horns!”

You only can change the things you have control over.  Your mother is your mother for as long as you are both alive.  You have a right to separate opinions.  You may agree to disagree if you negotiate the terms to mutual satisfaction.  For all of the mean and ugly things you may think about her occasionally I hope you will remember this as well.  She brought you into the world.  If having done that is your mother’s one saving grace, I am happy you were here to ask the question!

Oh and BTW – give yourself one week then Get over it!  Life is short!

Love & Peace,
Margie
[sws_blue_box box_size=”100″] The views and opinions expressed by Mrs. P are solely those of Mrs. Pederson. These views and opinions do not necessarily represent those of TheColu.mn or other contributors to TheColu.mn. She’s an opinionated old woman, but most of the time, she gets it right (when she takes her meds as prescribed)! [/sws_blue_box]
The Column is a community-supported non-profit news, arts, and media organization. We depend on community support to continue the work of solid LGBT-centric journalism. If you like this article, consider visiting Give MN to make a contribution today.

Give to the Max to The Column!