Home blog National group to Minnesota clerks: You don’t have to issue licenses to... 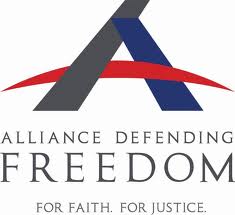 Alliance Defending Freedom, formerly the Alliance Defense Fund, has issued a memo to Minnesota’s registrars, letting them know that they do not have to grant licenses to same-sex couples if doing so would violate their religious beliefs.

The memo (PDF) states in part:

In light of Minnesota’s recent law redefining marriage to include same-sex couples, some local registrars might believe that they face a serious dilemma: either resign their positions or violate their sincerely held religious or moral beliefs about marriage by being forced by state law to issue marriage licenses to same-sex couples. But local registrars, as explained herein, can resolve this potential conflict.

ADF explains that registrars can appoint a replacement to deal with the same-sex couples walking in the door.

What the ADF doesn’t say, however, is that if no replacement can be found to issue to the license, denying the couples is a violation of the Minnesota Human Rights Act.

IN New York, when marriage equality became the law in 2011, several county clerks refused to offer licenses to same-sex couples. In some cases, the clerk simply quit. In one case, though, the clerk turned the couple away and told them to come back when a different employee was available.

The couple has since sued.

ADF was founded by the leaders of America’s most well known anti-gay organizations including Focus on the Family, American Family Association, and Campus Crusade for Christ, among others.