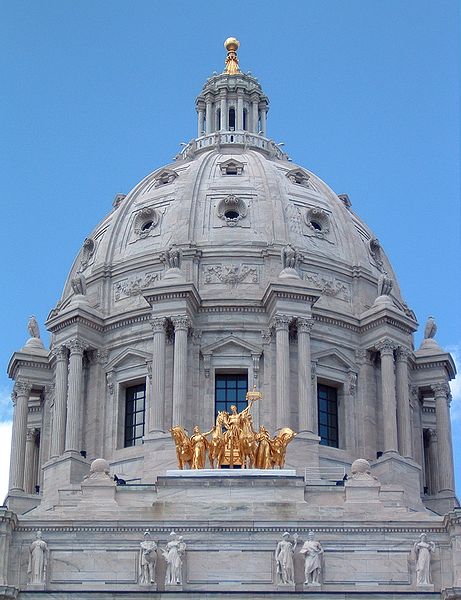 DFL legislators in the Minnesota House introduced a bill during the legislative recess on Friday to repeal a constitutional amendment to ban same-sex marriage from the 2012 ballot. The bill faces high hurdles as the Republicans still control the House.

Here’s text of the bill:

A bill for an act relating to marriage; repealing a proposed amendment to the Minnesota Constitution recognizing marriage as only a union between one man and one woman;repealing Laws 2011, chapter 88.
BE IT ENACTED BY THE LEGISLATURE OF THE STATE OF MINNESOTA: