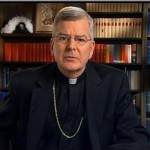 The Minnesota Campaign Finance and Public Disclosure Board dismissed a complaint against the Archdiocese of St. Paul and Minneapolis, and Archbishop John Nienstedt, claiming that DVD’s sent out to influence the 2010 gubernatorial election did not constitute lobbying and the Archdiocese would not have to disclose its donors.

Six weeks before the 2010 election, the Archdiocese sent out more than 400,000 DVDs that urged voters to vote for candidates that supported putting a constitutional amendment banning same-sex marriage on the ballot in 2012.

In response to that DVD campaign, Kurt M. Anderson filed a complaint with the campaign finance board alleging that the Archdiocese’s activity amounted to lobbying and that it should disclose its financial activity surrounding the election.

The letter included with the DVD’s Nienstedt wrote: “I have called on the Legislature to allow voters to consider a constitutional amendment to preserve marriage as the union between one man and one woman.”

And in the DVD he said: “The Archdiocese believes that the time has come for voters to be presented directly with an amendment to the state constitution to preserve our historic understanding of Marriage.”

The board ruled on Thursday that the Archdiocese did not have to register as a political fund:

At the time of the activities under consideration in this matter, the legislature had not adopted the marriage definition constitutional question for placement on the ballot. Thus, there is no probable cause to believe that the Archdiocese or any diocese was required to register a political fund.

And in regards to the Archdiocese lobbying for the amendment, the board rejected that idea saying it was merely communication with members of the Church’s flock:

The entire decision can be read here: (PDF)

The ruling is similar to one made about the National Organization for Marriage and the Minnesota Family Council both of which released ads just before the 2010 election in support of a constitutional amendment banning same-sex marriage. The board also dismissed the complaints against those groups.