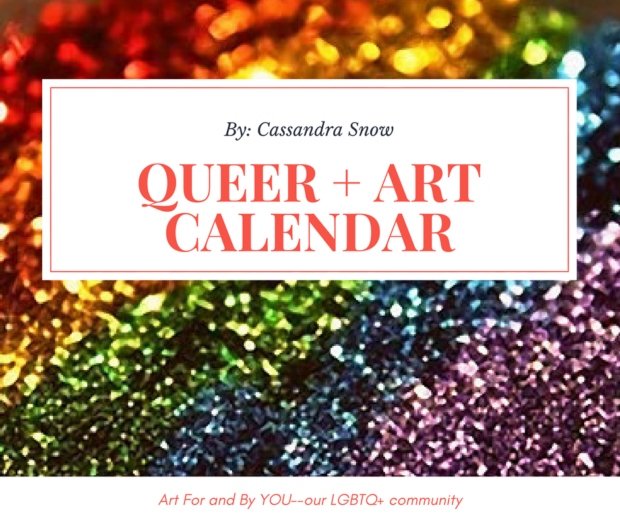 April is upon us and once again Spring’s sense of joy and renewal brings us some really, beautiful solid options for queer and queer led art and entertainment throughout the month. Plays about mermaids, fashion shows for the rest of us, and Patrick’s Cabaret’s Sunset season are all taking a spotlight this month, promoting queer introspection, appreciation, and visibility. Read below for more on these and other great events.

Theatre & Film
Mixed Blood Theater is producing is producing Mermaid Hour: Remixed, “a new chamber musical exploring the gender continuum through the prism of a pre-pubescent transgender biracial girl” according to their website. This starts April 6th and runs through the Month. Their website has more. On April 28th you can also catch further discussion about trans representation in theatre and hear some staged readings with trans content (or by trans writers). That day’s events are called On Our Own Terms. That info is here.

Theatre Unbound and Raw Sugar Theatre also start a show on April 6th; specifically the two companies are teaming up to produce WTF: The Women/Trans/Femme Playwriting Workshop. There are three very different, very funny scripts full of characters grappling with identity, presentation, and sexuality. Find out more at either company’s website.

Caryl Churchill is primarily known for queer heavy hits like Cloud 9, but April’s The Skriker (being produced by Fortune’s Fool Theatre) starting April 7th is something else entirely. The company is doing some really immersive stuff with the script, and while the content itself isn’t queer, there are several LGBTQ+ performers and artists involved. Find out more at their website.

The Minneapolis St. Paul International Film Festival is back on April 12th, and this is a thrilling time for LGBTQ+ film fans everywhere. I’ll have a longer piece coming out soon about some of the highlights the queer community can look forward too, but their full line-up is available here.

Opening April 20th is Uprising Theatre Company’s newest work by Artistic Director Shannon TL Kearns. Twisted Deaths features a story about a young transgender man and an older conservative who’s lives become intertwined when they are both diagnosed with cancer. Find our more at the company’s website.

Queer led theater company Savage Umbrella is workshopping an exciting new script for mythology fans. Wolf Song will premiere as a workshop on April 23rd and 24th at Squirrel Haus Arts. Wolves and complex women are both promised, according to the company’s website.

Visual  & Literary Arts
The Walker Art Center is bringing an exciting exhibition of “ephemera, video, and photographs” of the shocking and evocative art brought to us by inventive LGBTQ+ artists from the ‘80s and ‘90s like Karen Finley, Split Britches, and the Twin Cities own Patrick Scully. Technically this started on March 29th, but is running on an ongoing basis. Check out their website for more information. 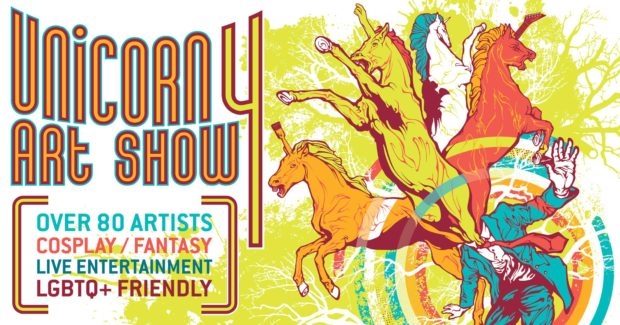 April 7th starts one of the most magical times in the art year; the Unicorn Art Show! This year they’re at the Artspace Jackson Flats and feature over eighty artists. That includes several LGBTQ+ artists and the space promises to be friendly and inclusive. Find out more (and get excited) here.

The Girl on Girl Gameshow live recording is back on April 8th, this time at Chef Shack. This sapphic game show that puts couples’ knowledge of each other to a test is one of many great events being held by Girlpond Productions. You can find out more about them here, or check the Facebook event for details on the 8th.

Flagrant: Fashion of the Fringe is a one of a kind fashion show being hosted by the Fox Den Salon on April 24th. This runway show will exclusively feature designers from the fringes of the queer community and allows a rare chance for them to take center stage and show off their incredible work. The ticket link has all you need to get excited and grab your ticket.

Drag, Burlesque, Cabaret & Music
Patrick’s Cabaret is really winding down, y’all. They have just a handful of amazing queer led art events left. Luckily April allows us a couple of opportunities for us to get them before they’re gone. One such event is Aliveness Live on April 7th where the cabaret partners with The Aliveness Project. April 20th and 21st bring us the Anything But English Cabaret which is exactly what it sounds like, but even better. Plus Patrick’s still has some amazing events in the Artist Education series. Check their calendar for full events and details.

One Voice Mixed Chorus has a fabulous Transgender Voices Festival on April 13th and 14th in St. Paul. There are guest artists like Mari Ésabel Valverde, Eli Conley & Erik Peregrine, and even Venus DeMars is popping in. Find out more at the One Voice website; it’s a really jam packed two days and you’ll want to catch as much as possible.

I’m so excited to the Second Annual Pink and White Ball, an Elektra Cute produced event, returning to the Lab Theater April 26th-28th. This burlesque event benefits Planned Parenthood and features some of the absolute greatest burlesque performers you’ll find, including some that travel in from out of state. Check out the event at The Lab’s website.

You definitely don’t want to miss OutSpoken, a queer open mic hosted by Paul Canada, Marcel Michelle Mobama and Blaze Bordeaux on the second Wednesday of every month. This great event is now hosted at Lush! More information here.

Every Thursday night Can Can Wonderland puts together a variety show like none other. Six to eight acts share Can Can’s stage. Local LGBTQ+ talent and those known to the community for legitimate allyship often feature. The event is free, 21+, and starts at 9:00 P.M.

The second Thursday of the night is a special time in comedy here in the Twin Cities. Pssy Ctrl is an all female & queer comedy event happening at the Comedy Corner Underground. It’s hosted by Rana May and Shelley Paul and is just $7 unless you’re a student—then it’s free. No reservations, just show up!

Please note: we’d love to include YOU and YOUR work at TheColu.mn’s Arts Calendar. Please submit events to snow.cassandra@gmail.com. As a fun bonus, if your event is super innovative or exciting, we’re likely to reach out for a deeper feature or review.