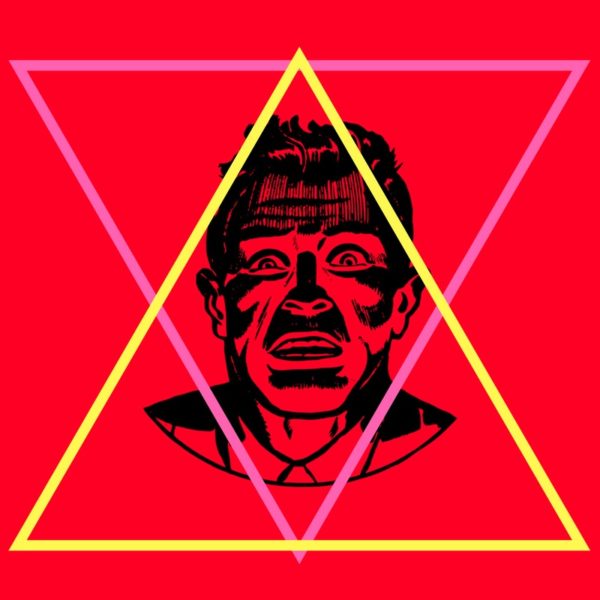 As our world descends slowly into chaos, I am continuously impressed by the progressive youth in their advocacy, activism, and their art. Few people can claim the dedication and heart that the youth of today possess for creating real change in our society. Thomas Bertron is one such young theatre artist who is further equipped with an entrepreneur’s heart. Bertron recently founded Geki Arts, a theatre group of 17-23 year olds that is student led.

From Geki’s press release, “The mission of Geki Arts is to work with young artists of varying identities to produce works that shed light on the internal struggles of individuals in society while provoking dialogue between the artist and audience.” Furthermore, Bertron informed me in a quick interview that in addition to the important mission of the work, Geki was also founded on principles of Geki Noh, a specific form of Noh theatre that focuses intensely on the psychology of the characters in a play and the internal struggles they face. This ambitious artistic aesthetic and focus still pales in comparison to the depth and importance of Geki Arts’ first show: Bent by Martin Sherman.

For those who don’t know, Bent is a Pulitzer and Tony nominated play about the horror faced by homosexuals in Hitler’s Germany and its concentration camps. It’s an incredibly moving and difficult piece of theatre. It is also vital and, unfortunately, a stark reminder as the world descends into chaos that LGBTQ+ people are not safe in the face of tyranny.

Heart is so firmly at the core of almost any student led production, so I asked Bertron to describe the show in his own words. “Bent is the story of love and how love is able to survive in the face of evil. More specifically, it explores how one is able to embrace their true identity when faced with evil. It centers around a gay man, Max, and his journey from living as a promiscuous junkie in Berlin to a prisoner in Dachau Concentration Camp, selling himself off as a Jew in order to avoid receiving a pink triangle which identifies him as queer. The play takes place during the fall of the Weimar Republic and rise of the Third Riech. The Weimar era marked a major shift in German politics. The arts and entertainment industries thrived. New ideas were accepted and embraced. However, the indulgent cultural norms developed during the Weimar were instantaneously crushed by the rise of the Third Reich. This political tension transcends the context of the show and can be seen in the current political state of America. Given the current purge against Gay men in Chechnya and of course the crippling political state of the US, this show speaks to today. I want this show to make audiences think not only about the prevalent themes and events depicted onstage, but also about their identities and how much of an impact they have on others.”

Bent will take place at the Bryant Lake Bowl for one weekend only, Friday, August 25th through Sunday, August 27th. While most theatre companies choose venues based on rates and availability, the more talented ones will also think about the vibe of the space itself and how it jives with the rest of the show. Geki Arts chose this seemingly odd venue because the lively and rustic feel of the BLB is reminiscent of the Weimar Cabaret Theatre. The company was also drawn to the intimacy of the space. There isn’t room to distance yourself in the BLB, and this story is sure to seep under your skin and become a part of you when you’re that close to the stage.

Bent stars Adam Rider, Johnny Stang, Sage Ftacek, Mackenzie Diggins, Simone Abraham, Clay Sletta, Seth Wagner, and Helen Sabrowksy. The creative team includes Bertron himself as Director alongside Ava Egertson, Lydia Erickson, Charlie Schirvar, Chloe Janisch, Talia Wendlandt, and Nathaniel J. Davis. This team of young emerging artists, again, ages 17-23 already has a handle on this emotional and historical text that is uncommon even among established artists. Bent was developed with the Geki emphasis on internal struggles and thought processes, with the venue’s perks and pitfalls in mind, and with the intention to draw parallels to this piece of classic literature rooted in history and our world today. When a show is produced widely, it is easy to think there’s nothing new to be done with it, but this small but mighty group of students and allies has seemingly found a way to expound on the play’s intensity and depth.

Bertron ended our interview with this: “The show is inevitably dark, but I am encouraging the cast to find moments of light. These smaller moments of joy, happiness, or laughter set to the backdrop of Dachau add a more compelling arc to the characters as well as make them more real. Regardless of the environment we’re living in, we as people naturally experience ups and downs and in order to make the characters more ‘real’, they must experience the ups and downs of daily life.”

A big unspoken thread in Sherman’s script is how we function and find a new normal even in the worst of times—and with Bertron’s closing statements I’m confident in capability of this group to hit on that hard but important thread. In spite of it all, we still love and we still live—even when we know the worst is on its way.

Martin Sherman’s Bent will be performed at the Bryant Lake Bowl Friday, August 25th and Sunday, August 27th at 7:00 PM and Saturday, August 26th at 1:00 PM & 6:00 PM. Tickets are $16 for general public and $11 for students and educators. The BLB is charming but small so I strongly recommend purchasing tickets in advance at bryantlakebowl.com.