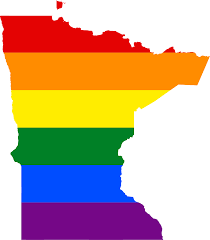 Minnesota candidates and elected officials are condemning President Trump’s tweets last week that call for banning transgender people from serving in the military.

LGBTQ candidates and elected officials reacted strongly to the tweets.

Andrea Jenkins, candidate for Minneapolis City Council Ward 8 and head of the Transgender Oral History Project, released a statement on Facebook about the Trump tweet:

I am overcome with sadness, not because Trans people can’t serve in the military, they already do. I have interviewed Trans folks that have served in World War II, The Korean War, Viet Nam, Desert Storm, and Afghanistan. I am sadden because because, this is a petty attempt to distract attention from the dismantling of America, piece by piece, agency by agency. This person, #45, has no morals, no conscious, greed rules his very existence. Trans people have existed since the beginning of time, no one can stop the course of human development, unless we let them. It is a sad day in America, because we are buying into the distractions, while his minions are picking our pockets clean. I will not step back, I will step up.

Trump’s flippant decision to reinstate a ban on transgender folks serving in the military should be a blaring alarm to everyone. Regardless of how someone individually feels about trans folks, it should concern anyone to see one person (in this case: Trump) flip a switch and take away a piece of an entire group’s freedom to determine their individual life paths. That is the antithesis of freedom, liberty, and justice, all of which are necessary for a democracy to work. To protect these values is the very mission bestowed onto the office of the President.
Worse yet, this isn’t even the main event. It’s a political ploy to distract the public and the media as the GOP flounders trying to take health insurance away from tens of millions of people. It is a political ploy to force Democrats to have to talk about transgender people in the 2018 midterm elections in areas that are misinformed about the transgender community. Areas that desperately need politicians to stay focused on policies that address economic revitalization and increase access to affordable healthcare.
My life is not dispensable for the gains of a malignant leader and a toxic, incompetent political party propping him up. Trump’s election was what sealed the deal for my decision to run for City Council. This Twitter-announced decision has been a deeply personal reminder to me that my campaign was borne not only from my love and appreciation for my Northside community, but also out of #resistance. #RESIST ✊?

This morning, the 45th president of the United States issued his latest hateful tweet. This time it was directed at American heroes who serve in our nation’s military, devoting every day of their lives in selfless service to protect the rest of us, and to defend the freedom that is the very foundation of our democracy. His tweet would order those Americans out of the military, and close the door to others who want to respond to a patriotic call to duty, who want to serve with honor in support of ideals larger than themselves.
Once again this president, in word and deed, has proven that he is unworthy of the office he holds. He degrades the respect needed to fulfill the role of Commander in Chief. By this action, and so many others, he undermines and weakens our country.
To our Transgender friends, whether in the military or not, you epitomize the very best of our country – your willingness to live with integrity, courage and authenticity epitomizes the highest ideals of strength, community, self-determination and patriotism that our country should stand for. We see you and we stand with you until you are truly free. None of us is free until every one of us can pursue our dreams and aspirations without hindrance or barrier.

Many of Minnesota’s DFL elected officials condemned the tweet.

“I’m much better for the gays.”
“Ask yourself who is really the friend of women and the LGBT community, Donald Trump with actions or Hillary Clinton with her words.”
Those quotes came from then-candidate Donald Trump during the height of the 2016 campaign season, and for all intents and purposes, they were meant to affirm his commitment to the LGBT community.
Donald Trump is right about one thing—actions do speak louder than words. And our President’s latest actions are a full-on assault on the LGBT community.
This morning, in a series of tweets, President Trump said he would reverse course on an Obama-era decision and no longer accept or allow transgender Americans to serve in the military in any capacity. There’s no courage or leadership behind that decision.
I believe that if you want to serve our country and protect our freedoms, then you should be able to do so without having to hide who you are or who you love. President Trump called these Americans a burden on and disruption to our military. I disagree. They are heroes.
Disturbingly, this may be the tip of the iceberg. Based on press reports, Trump’s Justice Department is now preparing a legal filing to completely undercut much of the progress we’ve made to protect the LGBT community from discrimination under existing federal laws—a major attack that could end up enabling discrimination against LGBT Americans in workplaces and schools across the country.
We cannot accept the President’s willingness to ignore and even break his own promises in order to discriminate against our fellow Americans. These are real people—our families, loved ones, friends, and now members of the U.S. military—who are being hurt by his cruel decisions.

Transgender Americans serving our country in the military should be thanked for their service, not attacked!

“Our brave transgender troops currently serving this great nation are not a burden; they are American heroes. They volunteered to put their lives on the line for our freedom, and their service should be welcomed, celebrated, respected, and honored. After 24 years of service as an enlisted soldier, I know what it takes to build cohesive teams in our military. This President, who hasn’t served a day of his life in uniform, does not.
“The men and women who serve our nation have made our military the greatest fighting force the world has ever seen. They meet the challenges we ask them to face, from protecting our homeland to hunting terrorists who seek to do us harm all the way to the ends of the Earth. Let me be clear: serving alongside troops who happen to be different from you is not a challenge.
“This announcement is a clear indication that the President fails to understand a fundamental truth: our troops are capable professionals who can carry out any mission this nation requires. The Department of Defense already has a plan to ensure that all those who want to serve our nation can. This is nothing more than the President using American lives to attempt to distract from his own political problems.
“On this day in 1948, President Harry Truman signed an executive order desegregating the military. Our nation has faced down bigotry before and we will do so again. Our nation’s values call us to stand up for justice and liberty. Policies rooted in hate always fail in the end and this will be no different.”

“Today’s decision by President Trump to bar Transgender Americans from serving in the U.S. military is a set-back for our country, our military, and our national security. It tells all communities that experience violence, exclusion and discrimination that they can’t trust the government when we tell them to come out from the shadows. It deprives our military service members of teammates, friends and mentors. And it deprives our nation of talented individuals who have spent years honing their skills as members of our military.
“Our military must uphold the civil rights and civil liberties enshrined in our Constitution and law. Barring trans Americans from service is a violation of our core values, and sends a powerful message to people here and abroad that we are not a country that values equity and inclusion.”
McCollum
Patriotic, capable transgender Americans are already serving in our military with distinction — and they should always have the right to serve.
President Donald Trump’s ban on transgender Americans in the military is bigoted, discriminatory, and just plain wrong.

St. Paul Mayor Chris Coleman:
“Any American that swears an oath to the constitution to protect and defend this nation should be welcomed respectfully and openly into our military. End of story.”

The Generals are not yours, Mr. President. And trans people are Americans. You serve all of us @realDonaldTrump. https://t.co/HnEKcy6WW3