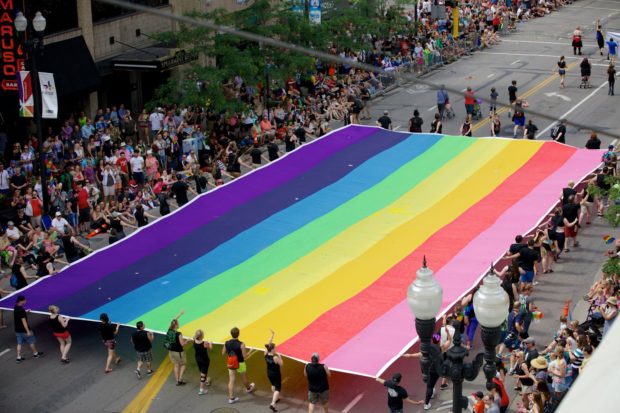 Twin Cities Pride announced on Tuesday that a planned contingent of police officers and law enforcement officials would not be marching at the head of the 2017 Ashley Rukes GLBT Pride Parade. The decision was made in response to a groundswell of opposition both before and after the not-guilty verdict in the police killing of Philando Castile.

Twin Cities Pride executive director Dot Belstler wrote in a Facebook post that a lone police car would be clearing the parade route prior to the parade as is required by Minneapolis statute.

Community members had been organizing a resistance to the planned police presence in the parade similar to an action in Washington, DC, earlier this month. Those concerned about a police presence at Twin Cities Pride have cited the historic and current violence and humiliation Black Minnesotans have suffered at the hands of law enforcement, as well as the historic use of law enforcement to harass and intimidate LGBTQ people in the state.