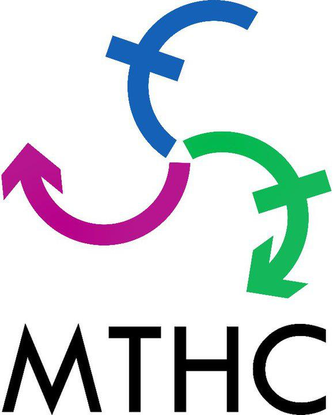 For years, the Minnesota Transgender Health Coalition has been trans people building community and providing support for trans people at 3405 Chicago Avenue. On March 30, the organization marked ten years of service.

In a statement, the MTHC laid out some of its successes and future challenges:

March 30, 2017 marks our 10 year incorporation date. We know this is a huge milestone. MTHC started in response to community, planning with community leaders and transgender pioneers like Leslie Feinberg. We grew the shot clinic and then came the Exchange bringing support groups, community partners, art and young people. We have been part of legislative measures to protect Transgender rights, worked with MN Department of Education, the City of Minneapolis on the City’s Trans Equity Workgroup to insure equity for Minneapolis Trans residence. We responded to community need through the food shelf and gender gear/clothing program. In 2016, we made wonderful strides with the Gender Jam, Little Rainbows and GR8 three youth programs funded through a Community Innovation grant from Headwaters. The youth groups are a wonderful example of MTHC striving to meet the needs of community.

We also know that this year will be a demanding year for Trans folks. We are seeing it already legislatively and in the reports of bias-based crimes and violence. We know public policy is ever changing. The MTHC Board of Directors knows that to do key work to support the trans community we must expand our Board of Directors, update the organization’s policies and procedures, and develop program measures and evaluations. In the new year, we must be ready with statements of positions and priorities on public policy issues affecting Transgender individuals while working day to day with Trans folks.

Mr. ELLISON. Mr. Speaker, I rise today to commemorate the 10th anniversary of the Minnesota Transgender Health Coalition, Minnesota’s largest organization led by and for the trans community.
In 2002, concerned community members began to organize around the difficulties they and other trans people face in finding accessible, culturally competent healthcare. Organizers began hosting meetings and events as part of the University of Minnesota’s GLBTA Programs Office and the Schochet Center for GLBT Studies. After years of activity, the group incorporated on March 30, 2007 to become a trans-led health service and rights organization, founded on their principles of racial, social and economic justice.
MTHC is a unique organization. In addition to organizing for trans-inclusive public policies, they provide direct medical and psychological support for hundreds of people from all over the Midwest. Through their Shot Caller program, MTHC ensures that trans folks, people with diabetes, and anyone else prescribed shots can get free help taking them in a safe, supportive space. They run a successful harm reduction program that includes syringe exchange, safe sex materials, and more. With a Community Innovation grant from the Headwaters Foundation for Justice, MTHC expanded three youth-oriented programs called Gender Jam, Little Rainbows and GR8. Since November 2016, their longest-running support groups have been pushed to capacity, reflecting both the success and great need for their programs. MTHC’s reach also extends far beyond the LGBTQ community; in fact, dozens of people that MTHC helps regularly do not identify as LGBTQ. In this way, they have become a true center of community health in our state.
Through their advocacy, MTHC has worked with the City of Minneapolis, the Minnesota Department of Education, and many other public groups. They’ve advocated for stronger inclusion for and protection of trans youth in schools, effective policies to address bullying, access to life-saving transition healthcare, and more. Due to their tremendous leadership in the Twin Cities and around the Midwest, MTHC was named a Community Champion of Pride for the 2016 Twin Cities Pride festival.
During my time in Congress, I have been guided by generosity, inclusion, and justice for all. Organizations like the Minnesota Transgender Health Coalition represent the best of these values. We know that if we don’t fight for all aspects of racial, social, and economic justice, we won’t have any of them. I am honored to represent the Minnesota Transgender Health Coalition in Congress, and I can’t wait to see what they accomplish in the next decade of leadership.