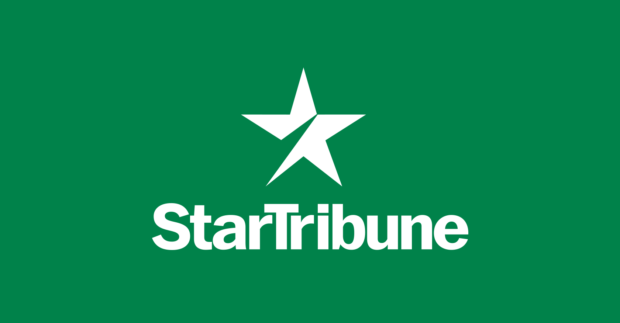 On February 22, the Star Tribune previewed the Rainbow Health Initiative’s Opportunity Conference, a two-day event at the University of Minnesota focusing on advancing LGBTQ health. In that article, reporter Allie Shah interviewed the anti-LGBTQ group, the Minnesota Family Council, about LGBTQ health.

Not everyone is a proponent of the conference.
“Regardless of lifestyle, everyone should have access to quality health care that compassionately addresses biological realities; however, medical professionals should never be required to aid lifestyle choices that do not improve individuals’ physical health,” wrote Stephani Liesmaki, a spokeswoman for the Minnesota Family Council, in an e-mail. “There is a difference between providing quality health care and abetting an unhealthy lifestyle. The Rainbow Health Initiative’s conference goals seem to blur the lines between these two distinct categories.”
On the issue of insurance coverage for transgender health services, such as hormone replacement therapy, Liesmaki wrote: “No health insurance company or medical provider should be required to cover or provide treatments that try to suppress biological realities, do not improve the health of patients, or that abet an unhealthy lifestyle.”

The Minnesota Family Council has a long history of advocating positions that undermine the health LGBTQ people in Minnesota. MFC started as the Berean League, a group of conservative Christians that banded together to advocate for laws that criminalize lesbian, gay, and bisexual Minnesotans. In recent years, the group has come under criticism for publishing information about LGBTQ people that is untruthful including claims that “homosexuals” are more likely to be pedophiles, and are more likely to engage in sex with animals. These statements are not only false, but have been historically used to perpetuate violence against LGBTQ people.

With this history, it shouldn’t come as a surprise to anyone — including the Star Tribune — that the Minnesota Family Council would label an entire community as living “an unhealthy lifestyle” and that a conference organized by and for the LGBTQ community would be “abetting” that lifestyle. Indeed, Rainbow Health Initiative took the paper to task for including those quotes:

A recent article in the Minneapolis Star Tribune profiling Dr. Deb Thorp and Professor Marla Eisenberg (two presenters at our upcoming LGBTQ health conference Feb 27-28) also includes quotes from an anti-LGTBQ group, the “Minnesota Family Council”. The Rainbow Health Initiative stands by Dr. Thorp and Professor Eisenberg and the important work that they—and so many other members of our community—are doing to advance LGBTQ health equity.
In the article, the Star Tribune made the editorial decision to quote the Minnesota Family Council (MFC), stating: “there is a difference between providing quality health care and abetting an unhealthy lifestyle [and] The Rainbow Health Initiative’s conference goals seem to blur the lines”. This statement, along with others from MFC in this article, are unequivocally false and have no basis in scientific fact or medically-based research. This type of dangerous rhetoric only further proves the need for a deeper understanding of the health disparities that so many LGBTQ people face.
Rainbow Health Initiative firmly denounces these statements from the Minnesota Family Council. It should be noted that the MFC is affiliated with both the Family Research Council and Focus on the Family. Both of these groups are classified as hate groups by the Southern Poverty Law Center.

So, why did the Star Tribune ask the Minnesota Family Council to comment on the health of LGBTQ people? That remains an unanswered question. Neither the article’s author nor that section’s editor returned a request for comment.

On contentious and controversial public issues such as marriage amendments or bills being considered at the Legislature, it’s important for reporters to present both sides of the debate to the public, even if one side of that debate is somewhat repugnant to most (see MFC’s comparison of “homosexuals” to child predators). Knowing who is for and who is against an issue helps inform voters and decision-makers. But, is there a controversy over improving LGBTQ health disparities? Isn’t it in the best interest of every Minnesotan that LGBTQ people live long, healthy, and happy lives? Not every story has two sides. Some have five. Some have just one.

The inclusion of an anti-LGBTQ organization in a discussion of improving LGBTQ health begs some other questions.

Are white supremacists asked to weigh in on health conferences for people of color? Are neo-Nazis contacted for comment on health inequities for minority religious communities? Are “men’s rights” movements asked to weigh in on women’s health disparities? These comparisons aren’t exact representations of the dynamics between the Minnesota Family Council and the LGBTQ community in Minnesota, but I think they are instructive.

Those examples are highly charged, so I also offer a more benign one: Are atheists contacted for comment on Christian health conferences?

The answer to these questions is, of course, no. In a review of Star Tribune reporting on health disparities for various communities over the last 10 years, the only community for which healthiness was deemed controversial was the LGBTQ community. No other articles about the health of communities built along the lines of race, class, religion, or national origin included an opposing voice.

Further, the Star Tribune article provided no context for who the Minnesota Family Council was, what its positions are, or its history. A reader might want to know that the Council started as a organization intent on criminalizing gay, lesbian, and bisexual people; that it has a long history of making incendiary and false statements about LGBTQ people; and that its current objectives are contrary to the health and well-being of LGBTQ people.

The Star Tribune is certainly not alone in including opposing voices on issues like LGBTQ health. Just last week, National Public Radio was taken to task for including anti-LGBTQ voices without rebuttal and creating a false equivalence around discrimination. Think Progress noted four instances at NPR that were similar to the Star Tribune’s February 22 piece. Writer Zack Ford summed up the problem:

By neglecting to include people who are LGBT identified, counter junk science arguments made by opponents of LGBT equality, or contextualize the hate groups fueling pro-discrimination arguments, NPR is actually propping up those who wish to perpetuate stigma and discrimination against LGBT people.

What these examples demonstrate to readers is that there are two valid sides to debate about equity for LGBTQ people; there aren’t. In the Star Tribune’s case, the paper created a false equivalency that there are two valid sides to whether or not to improve the health outcomes of LGBTQ people. One seeks to improve lives through health promotion and well-being. If there is a debate about LGBTQ health equity, then the other side advocates the opposite: no improvement in LGBTQ health outcomes and an early death, on average, for LGBTQ people.