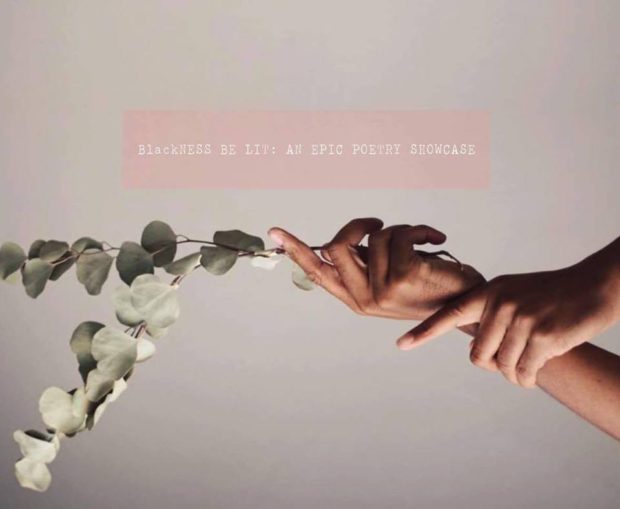 While January events in the Twin Cities are a little scarce, the ones that do exist are guaranteed to pull you out of the winter doldrums and get you warmed up, heated up, and on fire for art and community. Among the most exciting of these is a fundraiser for a new arts organization dedicated to black stories and voices.

The organization is BlackTableArts, and the event this Friday is Blackness Be Lit: An Epic Poetry Showcase. Blackness Be Lit is so, so much more than just a fundraiser though. As you can garner from the title, it’s a poetry showcase of some of the strongest black voices in the Midwest poetry scene, including queer Twin Cities arts community members Signe Harriday and Tamera Larkins. While little has been written about Harriday and Larson, their work is stunning and their voices are crucial as we prepare for, well, whatever 2017 is going to turn out to be. In addition to her spoken word work, many theatre fans will recognize Harriday from her substantial stage work. A huge draw for LGBTQ+ audience members and avid poetry fans alike is going to be Danez Smith’s appearance. For many, Danez Smith needs no introduction, but for those new or just trying out the poetry scene, Smith is a self-described “Black, queer, poz writer & performer from St. Paul, MN.” He has won Lambda Literary Awards, the Button Poetry Prize, and the Kate Tufts Discovery Award, to name a few. He is a powerhouse on stage and on paper, and every performance he does has that feeling of being special and rare. The Column readers will also be interested to see Antonio Duke, who has performed with New Epic Theatre participating, as well as the event (and BlackTableArt’s) organizer Keno Evol who has performed with Patrick’s Cabaret and is often seen at progressive and radical spoken word events. Evol’s dedication to the LGBTQ+ community runs deep, and he’s even penned some of my favorite think pieces that include queer interests and events already on his relatively new website for BlackTableArts.

Before we delve even further into how awesome Blackness Be Lit is going to be, I wanted you to have an idea of what BlackTableArts is, because they are doing some truly phenomenal work regarding both community organizing and art and literature. Their mission statement is to “conjure other worlds through black art by connecting creatives and cultivating volume in Black Life.” BlackTableArts choose the word conjure very intentionally and define the term as “a radical reconsideration through imagination and creativity that goes against white supremacy, capitalism, racism, sexism, homophobia, transphobia, islamophobia and all their doctrines!” The company hosts several open mics, is building a blog community, and even includes a clothing company — all in addition to hosting events like Blackness Be Lit that give a much-deserved platform to the plethora of black artists going under-noticed in our arts community.

Blackness Be Lit is defined by the company simply as a chance to “cultivate volume in black literature that celebrates black life.” Evol’s curation of this even is absolutely beautiful. Not only are these some of my favorite poets and storytellers I’ve ever seen on stage, but the inclusion of queer voices, feminist voices, and those who follow faiths or spiritualities that many shows wouldn’t intentionally include says volumes about the organization’s view on making big change and creating a huge impact with BlackTableArts’ work. The event is meant to raise money for that work, but to ensure that the event is accessible, tickets are just a suggested donation of $10. That $10 (or whatever you have) not only gets you at least seven outstanding and passionate performers, but catered food as well. Full line-up includes (but may not be limited to) Danez Smith, Brittany Delaney, Tamera Larkins, Fatima Camara, Keno Evol, Signe Harriday, and Antonio Duke. Blackness Be Lit will be held at Illusion Theater at 7:00 P.M. On Friday the 13th. For more about BlackTableArts, visit their site. If you can’t make the event but want to support, try their giving site here. Tickets are available at the door, so get there early to ensure yours.

P.S. If you’re super excited for some poetry this winter, former Spotlight on the Arts feature Ollie Schminkey is hosting a book release party and art show at the Fox Egg Gallery on January 29th. I wanted to keep our focus on Blackness Be Lit, but you can find out more about this show here.