Phillipe Cunningham, Erica Mauter, Andrea Jenkins, and Jillia Pessenda all announced their candidacy for the Minneapolis City Council in December. All four are LGBTQ and all four are running on platforms aimed at reducing racial inequities in the city. With endorsed Democratic-Farmer-Labor Party candidates generally a lock for the November election, each is vying for the party endorsement during the city conventions in April. 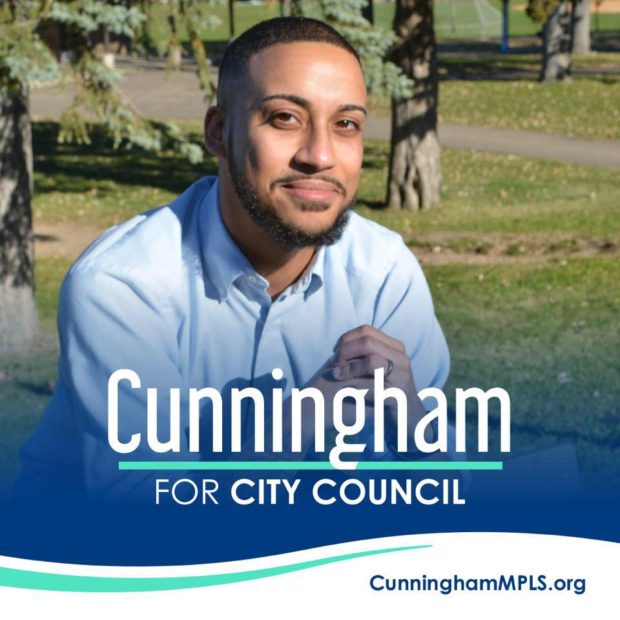 In early December, Phillipe Cunningham announced his bid for the 4th Ward which includes all of North Minneapolis north of Lowry Avenue.

“North Minneapolis is my home, and I am tired of seeing us excluded and ignored in too many policy discussions at City Hall,” Cunningham said in a statement announcing his candidacy. “We need a voice in these discussions, and I intend to lift everyone up in our community through just and inclusive policy-making. With the persistent racial disparities we face as a community, we need to completely rethink how City Hall governs and serves diverse communities.”

Cunningham is running against incumbent Barb Johnson who has served on the council since 1997 and has been council president since 2006.

Cunningham was appointed by Mayor Betsy Hodges to serve on the Youth Violence Prevention Executive Committee and later became part of Hodges’ office as Senior Policy Advisor on Youth Development and Racial Equity. Cunningham has also been a leader on transgender equity and visibility in the mayor’s office.

“Since the Mayor appointed me to work on education, youth success and civil rights, I have seen the decision-making process in action at City Hall and how often those currently in office block progress for the Northside,” Cunningham wrote. “I am running to fight this injustice and improve conditions in my neighborhood. It’s time for major change in North Minneapolis, and I bring a fresh perspective and innovation to working through the challenges our community faces.”

At his website, Cunningham outlines public safety, community wealth building, and youth opportunities as key issues in his campaign for office. An Illinois native, Cunningham is a member of the University of Minnesota’s National Diversity Advisory Board and volunteers at Youthlink at a support group for LGBTQ homeless youth. 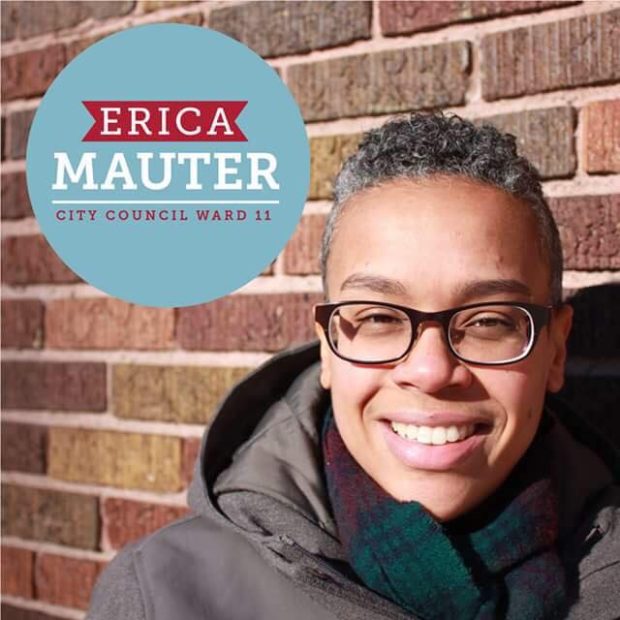 In mid-December, Erica Mauter announced her campaign for Ward 11 which borders Richfield to the south and contains Tangletown and the neighborhoods around Diamond Lake and Lake Nokomis.

“I say to everyone who will listen that Minneapolis has all the amenities of bigger cities, and it’s all way more accessible. You can have a good job, a good place to live, access to service opportunities, great parks, great arts, great sports,” Mauter wrote in announcing her campaign. “But I realize that’s not the case for everyone who lives here. Especially, as a queer woman of color, I know that a disproportionate number of people who look like me and families that look like mine are unable to enjoy that access, and that’s a travesty. Everyone should be able to work a decent job, make a decent living, have a decent place to live, and enjoy all the great things Minneapolis has to offer.”

She added, “Given the national political climate, the impact that local government has on our daily lives is of heightened importance. Minneapolis must be a sanctuary in every sense of the word.”

On her website, Mauter has a list of issues she plans on addressing on the city council including but not limited to fair housing, justice reform, increased minimum wage, climate justice, and increased transparency.

A research engineer by trade, Mauter currently serves as executive director of the Twin Cities Women’s Choir and Twin Cities Girls’ Choir. Mauter is running against John Quincy who joined the Minneapolis City Council in 2009. 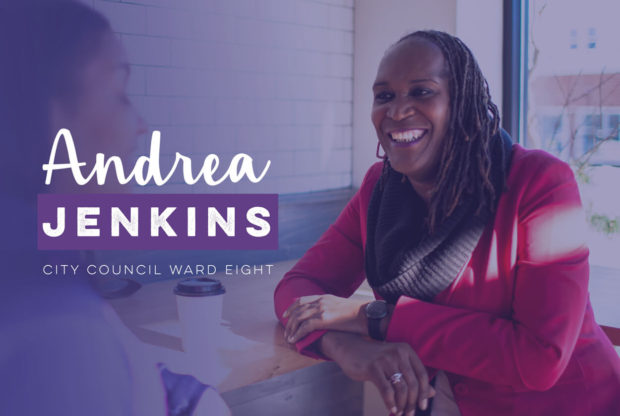 “I look forward to bringing my 30 years of public service experience to work in City Hall for the people of the 8th Ward,” Jenkins said in a statement, “I am prepared and ready to bring positive change toward a more equitable Minneapolis. I look forward to working with the residents of the 8th Ward, and beyond, in creating the policies and programs necessary to bring sustainable improvement for everyone in our economy, housing, and services.”

Jenkins is running to replace her former boss, Council Member Elizabeth Glidden who announced she was not seeking reelection. Jenkins worked as a policy aide to Glidden.

Jenkins is a nationally recognized poet and artist, a longtime activist for transgender equity, and currently leads the Transgender Oral History Project at the University of Minnesota.

“In this, the cold winter of our political discourse, people are looking for hope. People are seeking inspiration. People are searching for answers,” she wrote in announcing her candidacy. “We are reminded that the ‘Arc of the Moral Universe is long, but it bends towards justice.’ This overused axiom is justifiably tired to some, but for many of us it still rings as true today as it did when it rolled so eloquently from Dr. King’s lips.”

In early December, Jillia Pessenda announced her candidacy for Ward 1 which encompasses the northeastern part of Northeast Minneapolis.

In announcing her campaign, Pessenda wrote, “It is clear from the outcome of the election that we must take it upon ourselves to create positive change in our own community because progress at the state and federal level will be lacking. We live in a time that demands urgency and action. We must fight to increase the minimum wage to $15/hour and fight for stable workplace protections. We must keep Northeast an affordable place to live and we must invest in improving our neighborhoods by providing opportunities for small business owners, artists and eliminate racial disparities in our city.”

On her campaign website, Pessenda’s platform includes affordable housing, racial equity, and a push for a higher minimum wage. She is running against Kevin Reich who joined the city council in 2009.

In a recent interview with the Twin Cities Daily Planet, she said: “As the only woman and LGBTQ community member running in my ward, I bring a different lived experience to the work that I do… Once you step up, it matters.”