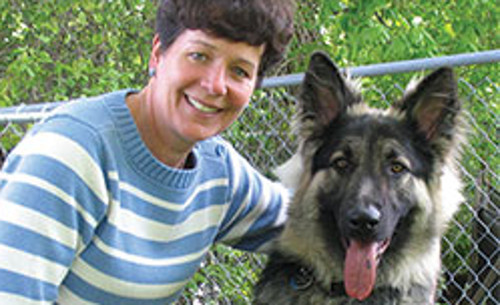 Minnesota State Representative Peggy Bennett, R-Albert Lea, campaigns online under the slogan of “People Before Politics” and a public persona who will:

That’s not the person who showed up at the Freeborn County Republican Summer Picnic on Monday.

Instead of Everybody’s Favorite Elementary Teacher, Bennett put in an appearance as Your Bitter Aunt Who Fills Your Inbox with Nastygrams long discredited by Snopes and other fact-checking sites. A DFL tracker audiotaped her sharing a staple of ultra-partisan sniping, a piece examined in the Snopes article, Lettermandate Rumor: David Letterman presented a ‘Top Ten Reasons to Vote Democrat’ list.

The piece equates the freedom to marry the person one loves with the ability to marry a German Shepherd, the notion that immigration reform would take Social Security away from those who paid into it, and other non sequiturs that would be comic, save for the fact that they’re presented as “accurate.”

Among Republican friends, Bennett shares what she thinks of her Democratic constituents (transcript of audio below as Bennett reads the list, while providing her own side commentary; Bluestem has placed the latter in bold). Her remarks begin with the reading of the list, so we’re not sure how she introduced this loving (but definitely not-Letterman) portrait of the loyal opposition:

Perhaps Kurt Daudt can let Bennett know that Minnesota doesn’t have a Death Row–or perhaps one shouldn’t sweat the details when choosing to let hyper-partisanship all hang out.

Is it wise to mock Democrats in Minnesota House District 27A? 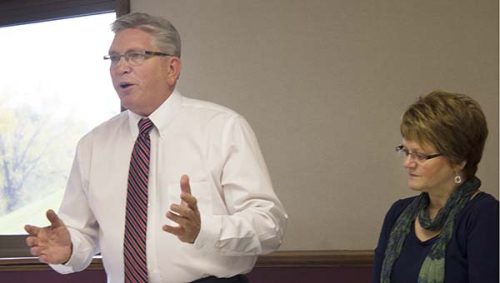 Revealing her sarcastically nasty partisan side might not be the wisest move for the retired elementary teacher and freshman state lawmaker, since the swing district includes a lot of Democratic voters. In 2014, US Senator Al Franken received 54.06 percent of the vote; Congressman Tim Walz earned 59.47 percent; Governor Dayton and Lt. Gov. Smith received a plurality of 49.84 percent, and so on.

The Austin Herald reports that outside spending was heavy in the district:

The district has historically been a swing district, and in 2014 more than $377,000 in independent expenditures were reported for [and against] Bennett and DFLer Shannon Savick of Wells in the 10 months leading up to the election.

Bennett is being challenged by Riverland Community College Dean Gary Schindler. Bennett enjoys a fundraising cash-on-hand advantage over Schindler, though the $19,854.26 to $8,403.11 split isn’t insurmountable if the race heats up.

This isn’t the first time we’ve caught Bennett sharing mean-spirited social media fodder, as we noted last summer in Rejected by Willmar voters but shared by Draz & Bennett: Bob Enos continues anti-refugee rants. Given her vote on an amendment to conduct an expensive witchhunt of an audit of non-profits assisting refugees (p. 7828, Journal of the House), perhaps Bennett could sit down with St Cloud area Republican Jim Knoblach for a little education about this issue; Willmar Republican Dave Baker might also fill her in as well.