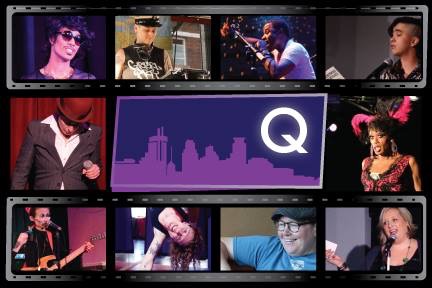 For the artists and filmmakers most involved with the upcoming documentary titled Project Q, it’s been a long but exciting road from the inception to fast-approaching premiere on Aug. 24 at Bryant Lake Bowl.

Project Q, in producer Sarah McPeck’s words, is “a documentary that is a story within a story of ten queer artists living and working in the twin cities, and a small town girl coming to the big city and trying to make her dreams come true, including learning how to produce a documentary for the first time.” Several favorite artists of The Column are chronicled in this film, including McPeck herself who is a comedian and spoken word artist.

The all-star line-up of featured artists highlights the best of Minneapolis/St. Paul and other than McPeck herself includes:

Lauren Hughes and Tam Smith round out the project as the videographers and filmmakers, which started as producer Sarah McPeck’s brainchild.

“We became involved in Project Q after responding to a Craigslist ad — the way all good stories begin! Sarah was looking for a videographer and we were looking for a project. Lauren had some previous video experience through her day job, mostly doing short promotional or experimental videos. We began by reaching out to the featured artists, setting up interviews, filming performances, and gathering footage around Minneapolis. We had a loose idea of what this project was, but it really came together and started to gel in the editing process. Eventually we realized that Sarah’s story was the glue to the whole project and we started working towards telling her story in depth as well,” say Hughes and Smith of how it all came together.

Like many queer artists and art consumers, the artists involved came to Project Q because of their frustrations with queer representation in the media. Not only is it slim pickings when looking for someone that looks or feels or processes the world like you do, but when you do find LGBTQIA+ artists, their voice is either altered to fit a more cisnormative and heteronormative mold that is palatable to non-queer viewers, or it doesn’t have a wide reach.

As poet Nikolas Martell says about the film, “My hope for this project is that it will highlight queer artists across a spectrum of identities and mediums. I think it’s important that we showcase the incredible talent, contributions, and dedication of queer identified people in the arts since our marginalization makes it too easy for all of that to be overlooked.” 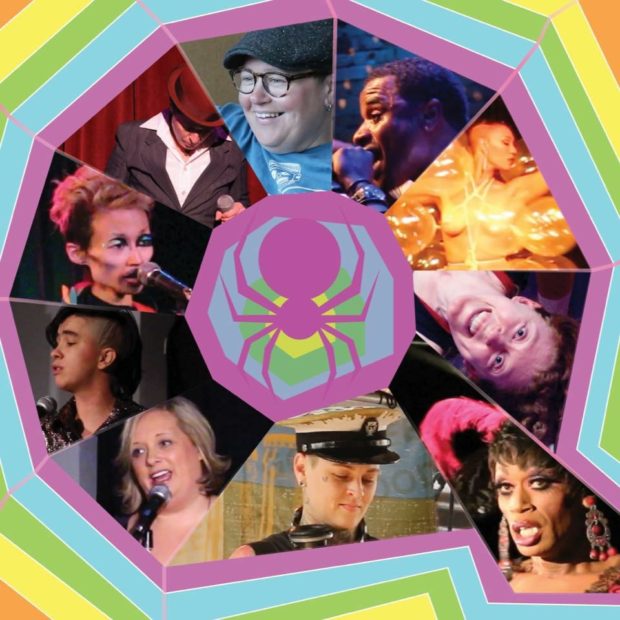 Project Q has an outstanding line-up, one that viewers will be thrilled to hear more about and see something new from. Whether you’re a long-standing fan or totally new to the artist, Project Q strives for total inclusion and features a lot of artists living within intersections of marginalization. There are queer artists of color and queer artists struggling with mental or physical health disparities, and the film intentionally set out to showcase as many different artistic process as possible. That inclusion should allow the project to stand out from others with seemingly similar goals but that still shy away from anyone that may seem too different or, quite frankly “too queer.”

A major theme present in Project Q comes via the story of producer McPeck finding her feet here in the Twin Cities after coming from a small town that was far more unwelcoming. She immediately fell in love with the queer arts scene here. In her own words, “It is vibrant, loving and pushing envelopes that need to be pushed. Coming from a small town and feeling isolation and being without a community was very stressful and made my acceptance of my sexuality very difficult. Knowing that a community like this existed, not too far from where I was living, would have made a big difference in my life.”

Breaking free from that sense of isolation is one of the main contributing reasons why I continue to do the type of art I do, and that’s pretty standard across the board for marginalized artists from all walks of life. Rapper Kaoz, for example, specifically wants to appeal to African-American men, regardless of their sexual identity, by addressing and helping break down the barriers that prevent them from being comfortable in their own skin and living as themselves. Kaoz wants all audiences to see that his black and queer identities do not cancel out or invalidate each other, and that his allegiance to one does not call into question the other. One of the things I’m most excited about in Project Q is seeing these crucial viewpoints that so often go unseen even to those well-versed in queer art.

For those who’s art requires a more backstage role, this sense of being alone or even ostracized that we’re talking about doesn’t disappear immediately once you’re involved in a project. Say Smith and Hughes, “Through this project and the friendships we’ve made as a result, we feel we have gained a greater sense of our queer community and our places in it. As transplants to Minnesota, we immediately felt drawn to the music and arts scene in the Twin Cities, but it took a little while to feel like we are a part of the community rather than just observing it.”

They go on to note how welcoming the community is here and how generous the artists involved are, and the documentary is likely filmed through that lens of isolation LGBTQ+ artists feel that slowly fades as we get more comfortable and find our roots in a community.

Kaoz elaborates on this theme, stating that, “At the end of the day we are human and we are artists trying to figure it out and make sense of a world that seldom does. Through all of that we still have loved ones, partners, family biological and created, goals ambitions, strengths and downsides. However this picture/snapshot of our lives and contributions are just that, captured moments. Many to be replayed, and plenty to be created moving forward. I hope people realize that whatever it is they feel they are called to do, answer the call fearlessly, and with humility. It will all grow and begin to make sense. The community you plant in will always return its gifts to you in some way.”

That’s really the crux of Project Q. The film’s primary goal IS to highlight a group of really diverse, talented performers rocking queer microphones (or dance floors, or…) but a big factor in the creation of queer art is that drive and need to find a community that we can be honored and celebrated in, and that where we can safely break down all those walls of isolation that have built up over the years. None of the artists featured shy away from those darker feelings and times in their work, and the documentary is sure to strike a few chords with viewers.

What creates a lot of that loneliness we face as queer people, what exacerbates that feeling that we are standing on our own little queer island — population one — is lack of access to the voices you most need to hear. Many of us deeply embedded in queer arts communities could name several successful, brilliant projects showcasing queer and marginalized voices without thinking very hard at all. Minneapolis is, if you know what you’re looking for, as well-known a hot spot for underground queer art as you can have with work that is consistently getting underfunded and undersupported.

Rapper Kaoz explains, “I feel Project Q is a celebration of ‘under your radar but always been here’ breed of artists. The Twin Cities has a history and tradition of being a place where many breakthrough innovative artists call home at some point.”

Getting the funding, means, or support to take these beautiful projects to the world at large is a whole separate issue however, and one that contributes to the issue of isolation that filmmakers wanted to speak to. Project Q has spent quite a bit of energy looking to fill in this accessibility gap. The Project Q artists just finished a round of fundraising intended to be used to show the film at various festivals hoping it will catch the eye of audience and distributors. They also chose Bryant Lake Bowl for their premiere, which is one of the hottest spots for low-income or emerging artists to pick up new audience and widen one’s support base. Not only do the artists involved deserve to have their story shown and their groundbreaking work highlighted, but those like McPeck or myself who grew up only even hearing of a handful of queer people deserve to see a more evocative, truthful film about the perks and pitfalls of life as a queer artist. Project Q may not fix all of the problems of visibility and representation, but it has the potential to be a refreshing start, something the arts and queer communities desperately need right now.

The best way to learn more about Project Q, how to support it, or this plethora of stunning artists involved is to come to attend the film’s premiere on the 24th of August at the Bryant Lake Bowl. The film screens at 7:00 P.M., and is only $8 in advance or $10 at the door. There’s a Q&A with the filmmakers afterwards, and an afterparty at Spring Street Tavern the following night. Tickets to the premiere are available at bryantlakebowl.com