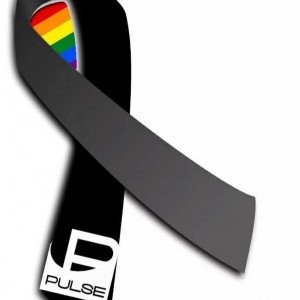 Minnesota elected leaders, political parties, and organizations reacted to the news that 49 people were killed and more than 50 injured at a mass shooting at Pulse, a LGBTQ bar in Orlando, Fla.

“The horrific act of hatred and terror in Orlando was an unfathomable attack upon all of humanity. Our hearts go out to the innocent victims of that heinous assault. Following the Order by President Obama that all federal flags be flown at half-staff until sunset on June 16, 2016 as a mark of respect for the victims, I hereby order that all flags of the State of Minnesota also be flown at half-staff for that same period of time.”

This is a sad day for Orlando and a sad day for America. Innocent people were slaughtered by a man who was motivated by hate and terror and extremism. I stand with the LGBT community today, and my prayers are with the victims. We must root out terrorism abroad and at home.”

“It is difficult to find words to express my sadness and shock at the horrific shooting in Orlando, and my heart breaks for everyone affected by this heinous act of terror. While we are still learning the details of this tragedy, we do know this: Fifty innocent lives were barbarically taken from families who now have to face the reality of life without a loved one. They were murdered because they were at a gay club by someone with hate in his heart and an assault rifle in his hands. How many tragedies like this does this nation have to endure before we find the moral conviction to do something about gun violence?”

“Last night’s horrific shooting in Orlando goes against every sense of humanity. As details continue to be made available, we must keep the victims and their families in our thoughts and prayers.

“No religion justifies such a senseless act of terror. All decent people must condemn this hateful act that claimed the lives of 50 people and injured 53 more. Sadly, Orlando has now joined Aurora, Charleston, Newtown, Oak Ridge, and many other communities rocked by gun violence. This is yet another reminder that Congress must pass meaningful, common-sense gun reforms that include a ban on assault weapons, which have no place in civilian hands. Members of Congress must stand up to the NRA.

“I am grieving with the LGBT community. The community has been a target for hate for decades, but has seen meaningful advances in the past few years. That progress could not be more evident than seeing millions of Americans, gay and straight alike, celebrate LGBT Pride this weekend. This tragedy will not suppress the love and compassion that the LGBT community is centered on. Going forward, we must continue to stand against all hate crimes. No one deserves to be harmed because of their race, gender, religion, or sexual orientation.”

Awful news coming out of Orlando. I'm praying for the victims, their families and everyone in the LGBT community.

The mass killing in Orlando early this morning is being called a ‘terrorist incident’ by law enforcement. With dozens of victims dead and scores wounded, it is clear that this attack is a vicious crime against innocent Americans, apparently targeting the LGBT community in particular.
As more details become available, authorities, policymakers, and the public will be able to draw conclusions, but for now we should all focus our heartfelt prayers on the victims and their families during this time of pain and grief.

The mass killing in Orlando is a vicious crime against innocent Americans. We should all keep the victims and their families in our prayers.

Yesterday was a truly heartbreaking day for our entire Nation. This was a tragic act of terror and violence driven by ISIS ideology and hatred toward our LGBT community. We must stand united as Americans to defend our Nation and protect all of our people.
Our deepest sympathies are with the friends and families of the victims. Our thanks are with the first responders, police, nurses, trauma surgeons and all others who acted so heroically on that horrible day. We must act to find ways to put an end to the senseless violence that has plagued our communities for far too long.

Our hearts are filled with grief today after the senseless and horrific tragedy that took place in Orlando last night. Please keep all of the victims and their families in your thoughts and prayers in the days to come.

Vicky and I extend our prayers to families of victims of terrorist attack in Orlando. Stark reminder we are at war w/ Islamist extremists.

Incredibly saddened to hear of the recent shooting in Orlando. Our condolences are w/the victims' loved ones & we are sending them prayers

To all my LGBTQ friends – your city stands with you in this horrible moment and stands to defend and protect your lives, your loves, your rights, and your safety. I will continue to do what I can to make sure this kind of hatred does not breed.
For folks who need their community, Rep Peggy Flanagan has reminded us that Golden Valley’s Pride celebration is today.

Standing with the LGBTQ community against last night’s awful act of hatred in Orlando. My thoughts and prayers are with all who were affected.

Council on American-Islamic Relations of Minnesota

The LGBTQ community awoke to news of the worst mass shooting in United States history. Our thoughts go to every victim and family member affected by this morning’s tragic events. As thousands of Minnesotans prepare to celebrate Pride this month, we remind all members of the community to keep Pulse shooting victims close to our hearts throughout the month of June.

The LGBTQ community – with help from its allies and friends – was successful in changing the hearts and minds of a nation to gain marriage equality. In the weeks and months ahead, our community must again consider ways in which we can come together to stop headlines like these.

We join together with all families and communities affected by violence to say, ‘Enough is enough.’”