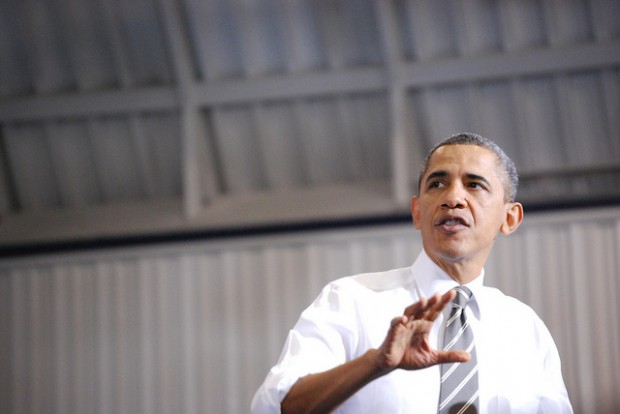 The Obama administration sent a letter to public schools on Friday directing them to be inclusive of transgender and gender non-conforming students. The letter states, according to the New York Times, “A school may not require transgender students to use facilities inconsistent with their gender identity or to use individual-user facilities when other students are not required to do so.”

The directive is being praised by many quarters in Minnesota.

Sen. Al Franken, who has been urging the Obama administration to implement stronger protections in schools for transgender and gender non-conforming students, praised the order.

“LGBT students-like any other students-should never feel like they don’t belong,” Sen. Franken said in a statement. “Unfortunately, we’ve seen far too many attempts to marginalize and discriminate against our LGBT students, neighbors, and family members. I am very pleased that the Obama Administration took real action to ensure that we are providing a safe and welcoming learning environment for all students. This is a big win.”

“All of our students deserve safe and supportive places where they can learn, thrive and succeed.
“Minnesota has come a long way the past several years to create schools that are welcoming and inclusive. In 2013 we replaced one of the weakest anti-bullying laws in the nation with the Safe and Supportive Schools Act, and the School Safety Technical Assistance Center at the Minnesota Department of Education continues to provide support and assistance to schools as they strive to make student safety a top priority.
“I applaud the guidance from the U.S. Department of Education that clarifies what we’ve believed all along—that gender identity is protected under Title IX, and that all students have a right to attend a school that is safe and discrimination-free.”

But not everyone thought Obama’s directive was a good thing. Retiring Republican Rep. John Kline slammed the directive in a statement:

These are deeply personal issues that should be discussed and decided openly, where all Americans have an opportunity to express their views and have their voices heard. Unfortunately, once again, the administration is suppressing an important national discussion that belongs to the people. This latest edict disregards the will and concerns of millions of students, parents, teachers, school administrators, and religious leaders. The secretary has the audacity to say this will promote an environment free of fear and discrimination, but what about the students, parents, and families who don’t share the president’s personal views? Let’s be clear about what this is: another unilateral decree imposed on our nation’s schools, colleges, and universities by a lawless administration. The secretary has no business—and certainly no legal authority—denying low-income students the financial support they deserve because their school or institution doesn’t bend to the president’s personal agenda.

The Minnesota Family Council, an anti-LGBTQ group formed in the early 1980s to support laws that criminalized LGBTQ people, slammed the Obama administration.

“The guidance letter issued this morning is an effort to bully all 50 states into silence regarding legitimate safety and privacy concerns that arise when men are invited into women’s restrooms, locker rooms, showers, and lodging,” Stephani Liesmaki, Communications Director for Minnesota Family Council, said in a statement. “It is possible to extend compassionate accommodations to those struggling with gender confusion without compromising everyone’s safety and privacy. Unisex single-stall facilities provide individuals who struggle with gender confusion private, safe accomodations where they can meet biological needs. In this way, sexual predators cannot gain access to facilities under the guise of identifying as ‘transgender.’”