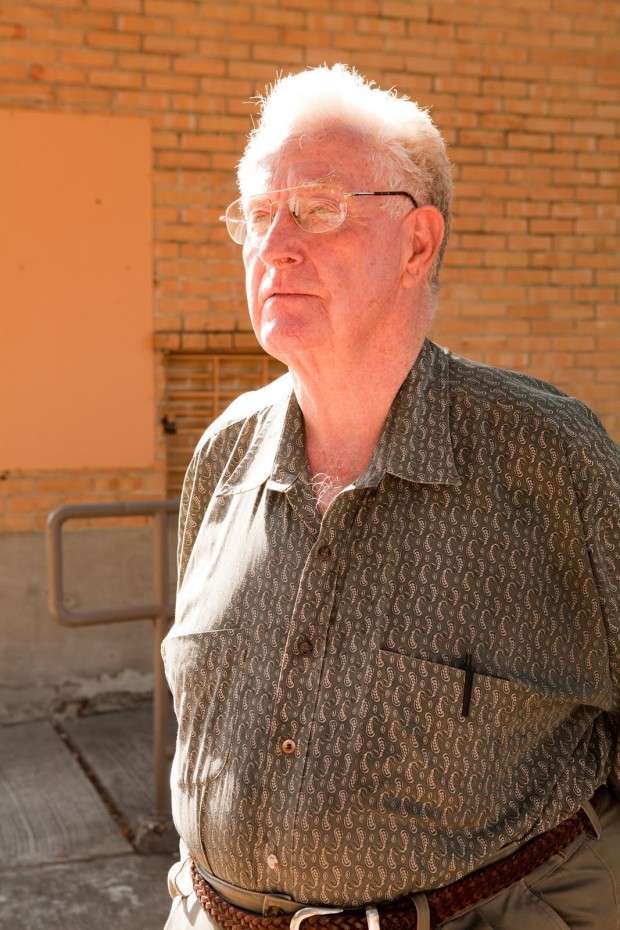 Tim Campbell, publisher of the GLC Voice, died in Houston, Texas, on Dec. 26 following a diagnosis of esophageal cancer.

Campbell was one of the 1980s most well-known gay men in the Twin Cities. The outspoken and controversial activist fought anti-LGBT bigotry and complacency across three decades marked by hate crimes, the rise of the HIV pandemic, and the struggle for LGBT equity at the Capitol.

In 1986, he threatened to throw a cream pie in the faces of the Commissioner’s Task Force on AIDS over what he saw as ineffective prevention strategies. In 1977, set a fire to a stack of complaints the Minneapolis Civil Rights Department after he said the departments wasn’t investigating anti-LGBT hate crimes. In 1982, Campbell dressed in drag as the Statue of Liberty and mocked the Rev. Jerry Falwell at an appearance in Minneapolis. He had a lot to say about progressive issues and LGBT equality; so much so, he co-founded and was the publisher of GLC Voice from 1979 to 1992, a gay newspaper in the Twin Cities that melded community news, politics, and Campbell’s often controversial opinion.

Tim Campbell was THE gay rights activist in a day when there was only one. He published his own newspaper and his attitude made him singular. He amplified a broad progressive agenda: hate crimes, marriage equality, employment discrimination, religious freedom, freedom of speach and the right to organize. Other newspapers followed, but his “take no shit attitude” defined the agenda throughout the eighties. He was there to document the first campaign for trailblazers Karen Clark and Brian Coyle, the AIDS crises, and the organizing of every GLBT religious reform group. He shined a light in the face of hate by publishing the photos of bloodied gay-bashing survivors, and he exposed back room bigotry and police corruption. In a pre-internet era, Tim was Twitter and Trump in one. ‪#‎ThankyouTim‬

Though Campbell quit the news business and moved to Texas, he still spoke his mind. He kept a blog for more than a decade on which he remembered his time as a publisher, and chronicled his activism well into his 70s including protesting the NRA and Wall Street.

In 2014, Campbell recalled the four events that have shaped his life as a gay man:

1. In 1962 Uncle Sam considered drafting me during the years following the Korean conflict but he thought he needed to know whether I had “homosexual tendencies.” I told him and have never hid it since.

2. In 1970 Jack Baker and Mike McConnell got married in Minnesota where I was teaching French as an Instructor and pretending to write my doctoral dissertation. This led me to become a gay activist.

3. Monica Lewinsky told the world she gave Bill Clinton a blow job in the White House (East Wing, I think.) This liberated the world in its attitudes towards oral sex, previously thought to be the evil of deviate gay men. This caused me to opine rather personally, as young lesbians and their co-conspirators started rejecting the word “gay” and replacing it with “queer” or “LGBT”, that I’d rather be called a cocksucker than a queer. This also made me realize that gay men probably have more in common with Monica Lewinsky than we do with some lesbian feminists.

Accustomed to getting the last word, Campbell even wrote his own obituary:

Gay rights activist Tim Campbell died Dec. 26, 2015, in Houston, Texas, at the age of 76, from esophageal cancer.
Campbell was perhaps best known as the publisher of the GLC Voice newspaper in Minneapolis, which came out from 1979 through 1992. During that period he was the go to person in Minneapolis for the media whenever they needed a quick quote on some gay related event.
Because Campbell was also known for a number of street theater type gay rights protests scattered over the years, it chagrined a few more polite gays and lesbians when he became their “voice”. Campbell often remarked that he made a terrible mistake when he named his paper the GLC Voice.
Campbell was pushed into an openly gay lifestyle by the US Army in 1962 when he was called to register for the draft. He checked the box for people who had “homosexual tendencies” even though he had never yet acted on them. For years thereafter, Campbell had to list “1Y” as his draft status on every application for employment he filled out. This had a chilling effect on his pursuit of highly respectable employment, so he worked in department stores and waited tables.
Campbell was asked by FREE, a University of Minnesota gay and lesbian group, to be their spokesperson with the press at a rally for equal employment for gays and lesbians. That march passed from the university campus downtown to the offices of Northwestern Bell Telephone Company in the spring of 1974. From then forward, the local press kept his phone number handy.
Campbell himself often said his most important contribution to the national drive for gay rights was some energy he put, during 1974 and 1975, into convincing the Advocate ( a national gay publication ), the Minneapolis and St. Paul newspapers, including the university’s Minnesota Daily, the Washington Post, Dear Abby ( Van Buren ), and the New York Times to direct their style sheets to use “gay” or “gay and lesbian” or “lesbian and gay” instead of “homosexual”. Ever since the mid 1960s, gays themselves throughout the gay bar system and other fledgling organizations had started using “gay” for ourselves.
Campbell was also very involved in helping gays, lesbians and others to recover from alcoholism and drug addiction. He sobered up August 25, 1973, in Minneapolis. He was the founding Chair of the Lambda Sobriety Center in Minneapolis in 1981.
Campbell received his Masters in French Literature from the University of Texas in 1969. He studied in Tours, France, and was theoretically working on his doctoral dissertation while teaching at the University of Minnesota, Morris Campus, from 1970 through 1972. Just last year, Campbell finally wrote up a lot of his studies about Proust and posted them on a blog called ProustByCampbell.blogspot.com .
From 1973-74, Campbell joined with Jack Baker and Mike McConnell in conducting accredited seminars in sensitivity training on gay issues for students in the Education Department. He conducted similar seminars for police officers and other professionals, including chemical dependency counselors, over the next few years. Campbell, Baker and McConnell encouraged each other in the belief that they could “change the way people see gays” by working to do so. That was the purpose of Jack and Mike’s gay marriage, the first of its kind in the USA, in May, 1980.
Campbell was born December 18, 1939, in Leavenworth, Kansas. He is preceded in death by both parents, William Patrick Campbell and Betty Jane Dusenbery Campbell, and by his sister Patricia Campbell. He is survived by brothers Bill Campbell of Roswell, GA, Ed Campbell of Beaumont, TX, Mike Campbell of Beaumont, TX, and Charlie Campbell, of Seattle, WA, and by sisters Clarice Campbell Hebinck of Mary Esther, FL, and Dee Ann Campbell Soileau of Beaumont, TX.
Campbell is also preceded in death by Jerome L. Smith, who partnered with him to found the Lambda Sobriety Center in Minneapolis, and by Bruce Brockway, who partnered with him to start the Positively Gay newspaper, which became the GLC Voice newspaper.
Besides his living brothers and sisters, honorable pallbearers include Lad Sledz of Minneapolis, Vickie Judkins of Eau Claire, WI, Brian Stacey of Arizona, Ed Bloomquist of Minneapolis, and Luke Coulson, Don Kelly and Philip Bowman, all of Houston.
In lieu of flowers or other memorials, persons so moved are encouraged to engage in random acts of kindness, generosity or courage.
This obituary was written by Campbell himself, with date of death and age at death supplied by family.