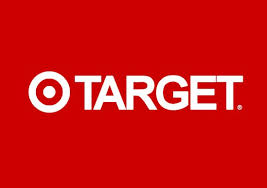 Last week, Minneapolis-based Target Corporation announced that it would be phasing out gender signage in some areas of the store. In a post on Target’s blog, “A Bullseye View,” the company noted upcoming changes would be made:

Over the past year, guests have raised important questions about a handful of signs in our stores that offer product suggestions based on gender. In some cases, like apparel, where there are fit and sizing differences, it makes sense. In others, it may not. Historically, guests have told us that sometimes—for example, when shopping for someone they don’t know well—signs that sort by brand, age or gender help them get ideas and find things faster. But we know that shopping preferences and needs change and, as guests have pointed out, in some departments like Toys, Home or Entertainment, suggesting products by gender is unnecessary.
We heard you, and we agree. Right now, our teams are working across the store to identify areas where we can phase out gender-based signage to help strike a better balance. For example, in the kids’ Bedding area, signs will no longer feature suggestions for boys or girls, just kids. In the Toys aisles, we’ll also remove reference to gender, including the use of pink, blue, yellow or green paper on the back walls of our shelves. You’ll see these changes start to happen over the next few months.

Target isn’t eliminating all gender-based signage in stores — only those areas where the gendering of items makes no difference — but that hasn’t stopped the right-wing from lashing out at the retailer. Some groups suggested the move is a “politically correct” one and others blamed it on appeasing the “gay community.”

“Target is an active participant in the promotion of homosexual and transgender lifestyles the corporate level,” wrote Dr. Ron Baity of Return America in an email to supporters. “Conservative Christian who believe in the values of traditional marriage should be concerned about doing business with such an organization.”

The leaders of Minnesota 7th Congressional District Republican Party called it part of the “gay gestapo,” Bluestem Prairie reports. On the party’s website, the administrator wrote:

The Gay Gestapo is at it again! And Target has completely buckled under to their constant harping and threats of Lawsuit. Susy’s Play Doll will now be next to Johnny’s Toy Army Helmet or Transformers next to the play Make-Up set. Good Luck shopping for toddlers next to the Science Kits! Next up will be all Kids cloths will be Transgender Unisex. 5 year old gay Boys & Girls will feel right at home.

Evangelist Franklin Graham, son of Billy Graham, suggested that Christians boycott target over the issue in a post on Facebook:

I think Target may be forgetting who has made their stores strong. It’s not gender-neutral people out there—it’s working American families, fathers and mothers with boys and girls they love. What’s next? Are they going to try to make people believe that pink or blue baby showers are politically incorrect?
I have news for them and for everyone else—God created two different genders. Jesus said, “Have you not read that He who created them from the beginning made them male and female (Matthew 19:4). You can’t get any clearer than that. If you agree, share in the comments below—and let Target know what you think. (Guest relations 1-800-440-0680 or guest.service@target.com). Let them know that you are perfectly willing to shop where the genders God created are appreciated. Target is way off-target on this one!
‪#‎OffTarget‬

Believers Stand United, an offshoot of televangelist Kenneth Copeland’s ministries, is urging Christians to contact Target to reverse the policy.

The move by retail giant Target, though seemingly innocuous is, in reality, yet another move toward bowing to the current, politically correct gay agenda. Gays, make up less than 2 percent of the total American population, yet through propaganda and media pressure, appear a much larger demographic. Business owners, through fear of litigation, are now quickly bowing to the wishes of this vocal and aggressive, yet tiny part of the total population. Voluntarily bowing to this group’s agenda merely empowers them to continue their march to control every aspect of society.
Take Action
Contact Target and express your dissatisfaction with their decision and why
Post respectful, yet insightful comments on their Facebook page, Twitter and the Target website.
Contact other retailers you frequent and compliment them on their continued traditional labeling. Though surprised, your contact may bring realization that not all customers are expecting them to follow Target’s example

The Center for Biblical Manhood and Womanhood, an evangelical group that considers men to be leaders of the household and women followers, criticized Target:

In the corporate rush to not be the company behind the ever-moving gender eight ball, all it seems to take is a few social-media punches from disgruntled, progressive customers, and companies are swift to jump on the winding, zigzag gender line.
The problem is, the line keeps moving and twisting, and in this case, disappearing.
Not that it will matter to most boys and girls. Boys will still want to play with Legos and sleep on Superman sheets, and girls will still want Barbie dolls and a Sofia pillow-case.
But in a world where the very concept of gender is being neutralized, and in a society where parents themselves are trying to outrun their own gender identities, dragging their children onto their own dark labyrinths (look no further than Bruce Jenner at the ESPY’s), this only adds to the problem.
Rather than reinforcing maleness and femaleness, this confuses it.
Instead of helping guide children towards embracing who they actually are, this blurs reality.

Fox News did several segments complaining about the policy change. On Monday’s Out Numbered, Lisa “Kennedy” Montgomery blasted the “political correctness” of the decision:

In a segment of Fox and Friends on Monday, hosts feigned confusion about how they will now shop for their sons and daughters:

On Tuesday, Fox and Friends brought the issue up again, inviting psychotherapist Tom Kersting to give his analysis, Raw Story reports:

“I understand there’s this whole gender neutral agenda going on,” Kersting opined. “And I actually have clients of mine that are — don’t really know what gender they are.”
“I don’t want to confuse kids that are young when we take them to a toy store, having them question what their gender is,” he continued. “That’s the problem I have with that. I think Target, after reading their comments, a lot of people are not happy with.”
“So, I think they might have stepped a little bit overboard.”

Alex Jones, who is said to have a larger on-line audience than Glenn Beck and Rush Limbaugh combined, blamed Fox News.

“That certainly should make Megan Kelly happy,” Jones said, adding that “This is a brave new world agenda here. This is an agenda that destroys the family… an agenda being pushed by Fox News.”

A spokeswoman for Target told The Huffington Post that most shoppers seem to be on board with the new policy.
“We recognize by coming out and making these couple of changes that people are going to have a wide variety of opinions,” said Molly Snyder, Target’s group manager for public relations. “We expected and respect that. The response from the guests has been overwhelmingly positive.”