Commentary: MinnPost, Academia and the Failure of Trans Reporting

It didn’t take long for the MinnPost article called “What does Caitlyn Jenner’s ‘Vanity Fair’ cover mean for the transgender kid in rural Minnesota?” to hit my inbox, my chat message center, Facebook, Tumblr, Twitter and my iPhone. Calls of transphobia, poor journalism, violation of AP Style Handbook Rules, and a cisgender take on a transgender story were all an alphabet soup of the patriarchy, both gay and straight needing their voices to be heard, once again over and above trans voices, in what article author Brian Lambert alluded to as “Trans Issues.”

With all due respect, I, as a woman and journalist who is transgender living in the great state of Minnesota, don’t believe there are “Trans issues.” There are, however, a myriad of “cisgender issues” with trans people. Those issues are then placed on our backs and referred to as “trans issues.” Issues like a trans murder or suicide once per week since the beginning of the year, suicide rates 12 times higher than the national average, mostly as a result of harassment and abandonment. Add a staggering underemployment/unemployment rate, an average income of less than $10,000 coupled with little access to health care and epidemic homelessness and it becomes very clear how these “issues” are forced upon us.

Lambert states, “…remarkable how few of the usual Culture War suspects have wandered into the swamp by saying something cloddish about Jenner and the larger context of transgender issues.” But this is exactly what the MinnPost article is, a cloddish piece of opinion about Jenner from the cisgender gay academia point of view. At no time was a person who is transgender asked to participate in this article, nor did the MinnPost ever reach out to the mythical 15-year old Forest Lake student who is allegedly getting bullied because Jenner came out.

I’m assuming these would be the “little trans people” Lambert refers to in his article.

MinnPost has violated the AP Style Guide when referring to people who are transgender ten times. The most blatant violation occurs in the first paragraph when Lambert sarcastically refers to Caitlyn as the “Wheaties cover boy.” Sadly, MinnPost’s disregard for the AP Style guide continue with constant dead-naming, mis-pronouns and incorrect gendering of Catilyn.

Style Guide violations aside, the author has decided to reach out to what he refers to as, “a brief survey of people in gay and gender academia and publishing.” Why they reached out to the gay community instead of the transgender community can only be answered by MinnPost, but the cacophony of misinformation spewed by the cis-gay voices crashed and burned harder than any scene in Mad Max: Fury Road.

Stephen Rocheford, publisher of Lavender Magazine for more than 20 years states: “I’ve been running this magazine for 20 years and every year we run articles and talk about transgender far out of proportion with the numbers in society, because of what I said about discomfort.”

The discomfort in Mr. Rocheford quote is that he goes on to misgender Caitlyn three times [he,himself,he] violating GLAAD’s media guide when referring to people who are transgender in the press. One would think that Mr. Rocheford, a self proclaimed 20 year veteran of publishing, would have read GLAAD’s Media Guide at some point over the last two decades.

He also uses the word ‘transgender’ as a noun saying, “Sure, in this case, with transgender, there are far fewer people affected by it.” As if it’s a disease that you can catch or it’s an affliction that can be passed through the air or water. Not one person is “affected” by transgender, we are all born this way.

Among other references, the Media Guide states,

Demetrius Colvin, a member of Macalester’s “Out and Proud” faculty tells MinnPost, “Anytime you take a marginalized people and expose them to the mainstream they are going to be those thinking one size fits all.” Demetrius Colvin then goes on to minimize the Jenner experience by misgendering her three times, thus erasing Caitlyn’s own voice. Colvin then significantly marginalizes Jenner by saying, “But after hearing him, or Caitlyn, talk…”

Demetrius, in a single sentence, erases her pronoun and minimizes the usage of her name; in a single stroke, Colvin’s own statement about marginalized people being exposed by the mainstream is negated by those seven simple words he uttered in the article.

Others in the arena of “academia and publishing” that were contacted for the piece were quoted as saying, “I only saw a few clips of the Sawyer interview. But I’ve read a lot of analysis of it, ” “I’ve followed the story because I’m old and know who Bruce Jenner is — or was,” and “Most of what I’ve read about this has come through Facebook…most of my news sources on Facebook reflect my liberal slant on things.” Academia and publishing at its finest.

In all, the article dead-named Caitlyn three times and incorrectly pronouned her seven times making the story what it had refused to become, a bitter word salad of misinformation from a cisgender author with quotes from the LGB community that are non-reflective of the transgender community. In the trans community, we call that erasure.

Forest Lake is the constant reference point of a rural Minnesota town in this article and the main talking point is to guesstimate how an unknown 15 year old trans youth would react to the Jenner experience. It’s also a city of slightly more than 19,000 people, so statistically speaking, there are six people who are transgender in the community that the MinnPost could have reached out to.

Since our Forest Lake trans person declined to comment in fear of being further minimized, The Column decided to think smaller, so we contacted trans woman Lucrecia Belmont from Pine City, Minnesota; population 3,075, almost six times smaller than Forest Lake.

Lucrecia told The Column, “Jenner’s coming out, or any celebrity/role model would have likely affected my discovery of being trans and coming out. At the time I was school age I did not know that transgender was a real thing. I had heard jokes regarding ‘sex change,’ but did not think it was real. I had no idea that my inner turmoil regarding gender identity was a real thing and that it was okay. Anyone coming out in the mainstream would have made my adolescence so much less confusing and painful for me.”

By recent estimates, Pine City is running slightly above the statistical average of trans people from any given city. It’s currently estimated that there are five trans men and women that call Pine City and its surrounding community their hometown, and whose East Central Pride in the Park Celebration kicked off on June 7th.

Kirsten Hagen Kennedy, Mayor of North Branch, feels that the Caitlyn exposure has, “positively impacted ideas, acceptance and understanding of transgender people in rural Minnesota,” she goes on to state the elephant in the room when it comes to the acceptance of being transgender: Religion, not Jenner.
“Our region remains the Bible Belt of our state,” Kirsten tells The Column, “Within these confines, I would say it remains unsafe in many circumstances for acceptance in the general rural populations….it will take courageous pioneers to lead the way, one heart and mind at a time.”

Alison Yocom of Transforming Families, an organization dedicated to creating inclusive and safe space for families with transgender and questioning youth, agrees that it will take much more than a celebrity coming out in order for there to be change in the rural communities. “For trans youth everywhere, but especially in rural areas, there needs to be systemic change in how gender is understood and talked about. Parents, teachers, church leaders and all adults involved with shaping the lives of young people should receive basic education about gender identity and expression. Knowledge will demystify and normalize the transgender experience and allow gender creative and transgender youth to live as their authentic selves.”

Ultimately what the MinnPost article refuses to touch on is the overwhelming influence of the Christian right and how hate organizations like the Child Protection League PAC and the Minnesota Family Council have attempted to push three anti-transgender bills through the Minnesota Legislature this year, all aimed at trans youth.

Nationally, there were 100-plus anti-LGBT+ bills introduced in the 2015 session with 20 of them specifically aimed at the transgender community, and all of them introduced and pushed through state houses by the G.O.P. and funded by Conservative Political Action Committees. There is a reason that reparative therapy, or “pray the gay away therapy” still exists in Minnesota; no Jenner or Kardashian can influence a young person’s gender identity more than the fear of God placed upon them by unaccepting parents, church and community. 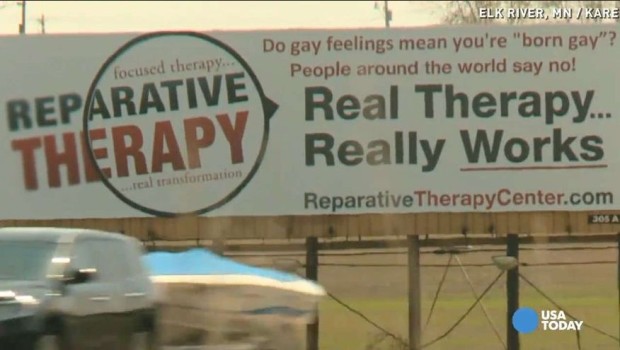 MinnPost fell into the well baited trap of mainstream media hype unequipped to cover a simple story about a celebrity that has been forced out of the gender closet. The true sadness comes from the sources that were labeled as “Gay and Gender Academia and Publishing.” Tripping over pronouns, dead-naming, incorrect gender references, AP violations and a true sense that these are the people that are being crowned the experts on gender and shoved forward in line to speak for the trans community, while never realizing their appropriation and co-opting of the transgender experience is truly what hurts our community most.

Rocheford concludes, “I don’t give a damn about the Kardashians. I’ve never seen the show. I prefer to read books.” Well Mr. Rocheford, here is a link to GLAAD’s media guide, time to study up on how to respect a community you and your publication claim to represent but report very little on from the trans perspective.

Time to hire trans writers to represent the trans experience.