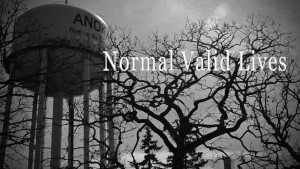 A documentary film is being planned to document the struggles of LGBT students in the Anoka-Hennepin School District.

What Were We Thinking Films is creating “Normal Valid Lives,” an in-depth look at the bullying and harassment in the Anoka-Hennepin School District and the anti-LGBT policies that have been the target of controversy for decades. The documentary will highlight the grassroots organizing by students, staff, parents, and community members that helped highlight the problems in the district.

“This story of incredible bravery — a story of students and adults fighting terrible odds and of the injustices committed against them by their own schools and communities — has to be told,” producer Jan Radder said in a statement. “It’s inspiring, and heartbreaking, and moving. And it shows how a small group of determined people really can make a difference.”

“If this film can open people’s eyes to the need for protections for LGBTQ students and the importance of curbing bullying in our schools,” director Gorman Bechard said, “perhaps we can not only help bring dignity and compassion to all students, but we can also save lives.”

The Connecticut-based What Were We Thinking Films is perhaps best known for another Minnesota-based feature. “Color Me Obsessed” is a rockumentary about Minneapolis’ The Replacements and features a huge slate of entertainment icons including Tommy Ramone, George Wendt, Tom Arnold, and Matt Pinfield.

“Normal Valid Lives” will be directed by Gorman Bechard and produced by Jan Radder and Stephen Handwerk. The group have obtained fiscal sponsorship through The Film Collective and are raising funds to complete the project through Seed & Spark.

Principal photography will begin in July.

The group has put together an introductory trailer for the upcoming documentary: