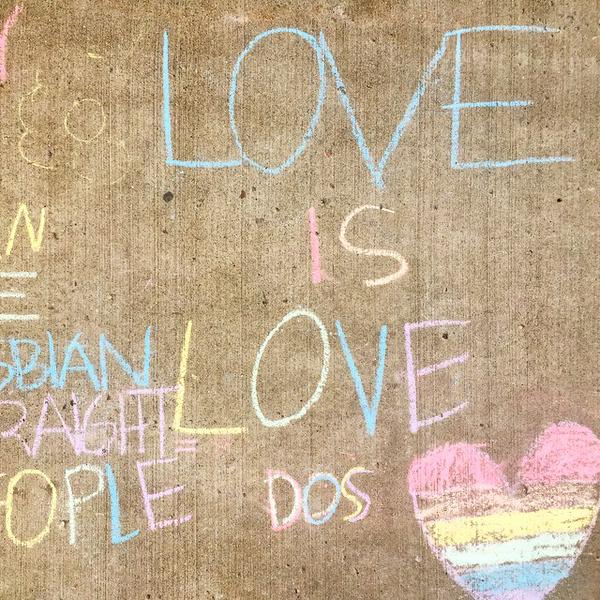 Minnesotans around the state took part in the annual Day of Silence on Friday which calls attention to anti-LGBT bullying and harassment in schools, including Rep. Keith Ellison, many high schools, and even a traditionally Catholic university. An appearance by former Minnesota Vikings punter Chris Kluwe in Morris, Minn., gave added attention to the event.

Promoted by the Gay-Lesbian-Straight Education Network, the event “is a student-led national event that brings attention to anti-LGBT name-calling, bullying and harassment in schools.” Students vow to remain silent throughout the day to bring attention to LGBT issues in schools.

Rep. Keith Ellison’s office told The Column that he “is going to be blacking out his social media presence today and staying silent in solidarity with GLBTQ+ youth and their allies for Day of Silence.”

St. Paul Public School students got creative with their silence:

Winona State University’s Full Spectrum participated in the Day of Silence and held a Night of Noise:

The University of Minnesota-Morris honored the Day of Silence followed by an appearance by former Minnesota Vikings punter Chris Kluwe. Kluwe met for lunch with prominent atheist and LGBT ally Prof. PZ Myers, and Kluwe tweeted his trip:

The travel methods to get to UM Morris are… unconventional. pic.twitter.com/gf3nflmKVD

Thanks so much to Morris and @MAPFLAG for an unforgettable day at a very welcoming town. People were wonderful, hospitality was amazing.

Leaving Minnesota. Can't emphasize enough the friendliness of the people of Morris. I had a wonderful time.

Did your school participate in the Day of Silence 2015? Send along your pictures or experiences and we will add them here.